It took 16 relentless years and three tries, but at 34, Tracey Austin achieved the career she had dreamed of since she was nine.

“It was a very proud moment because it wasn’t an easy process,” she said.

However, 15 years later, Tracey left police work, a job she had fought so hard for.

The ex-cop said her story shows that it is never too late to choose mental and physical health over costly ambition.

Tracey Austin served in the Queensland Police Department for 15 years. (

Tracey served in Morningside, Mount Gravatt, Caboolture, Sarina and eventually Rockhampton where she achieved her dream role in forensics and met her husband Richard.

“I had a hard time doing it for a short while. When I say hard time I mean very unhappy – no job satisfaction,” she said.

Richard said the last straw was to watch Tracey do a 16 hour shift with an hour of sleep.

“I could see [her job] was slowly but surely deteriorating the physical and mental side of Tracey, “he said.

So Richard made a plan.

“She had to surround herself with something that she loved, that she was with for a lifetime, that was actually longer than the police – and that was cats,” he said.

“I said, ‘Why don’t we set up a little shop for you and you can sell anything to cats?'”

Tracey was in conflict, but she knew it was time. When her mother Annie Grace died, young Tracey was shocked to find that the strongest role model in her life had an unfulfilled desire to become a police officer.

On a family outing to the Ekka, the bright lights and seductive noises of the side show alley had no appeal.

Instead, Tracey, then 9 years old, rushed to the police report where she had her first face-to-face interaction with an officer. She firmly believed that it was her job.

After graduating from high school in 1987, she first tried to join the Queensland Police Service (QPS), but was an inch too small.

After height restrictions were lifted following the groundbreaking Fitzgerald investigation into police corruption, 25-year-old Tracey, then a hairdresser, tried and failed again.

“I deserved it because every obstacle stood in my way,” she said.

“Human side” of life in time 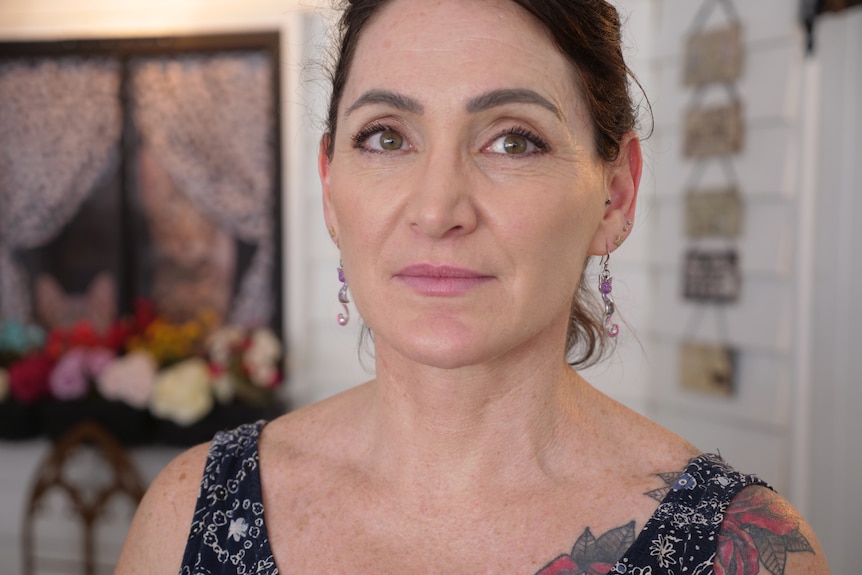 Tracey Austin says the “human side” of the police kept her on the job for 15 years. (

The reality of life on the beat, however, is “a big slap in the face”.

It was only through small interactions that Tracey found optimism in 15 difficult years.

“That gets forgotten sometimes that it’s about getting in, getting the job done, putting your notes in your notebook and leaving because you have paperwork to attend to,” she said.

“You just have to remember that there is this human side and I think that’s what got me through as long as I did.”

From the cop shop to the cat shop Tracey Austin says cats have been a constant in her life, providing comfort and company on some of their toughest days. (

Amid a global pandemic, Tracey opened a quaint cat-themed gift shop on the corner of an otherwise common block of South Rockhampton.

Everything from floor to ceiling is feline – from watches to pillows, earrings to artwork, all under the watchful eye of one of Tracey’s real furry companions, Cleo.

“It’s just a place of love, warmth and happiness and I know it sounds as cheesy as what just came out, but it’s good because I love it – it’s me,” she said.

“What it did is make me like people again.

“The dose of my medication has gone down, yes. How good is that At some point I may not even have to take it anymore. 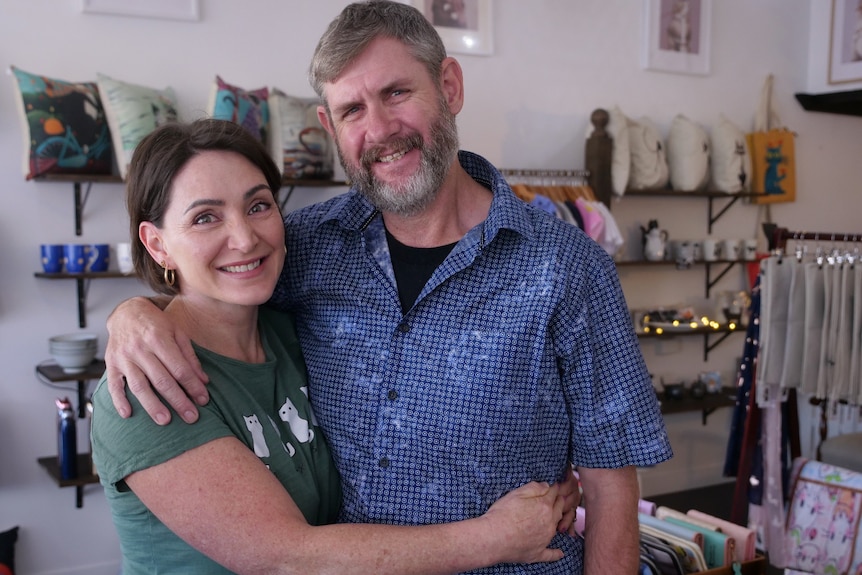 Tracey Austin’s husband Richard says she is much happier after her career change.

About 18 months later Richard can see that his wife is now much “more peaceful and happier”.

“The moment you start talking about the police, you can see the hair on the back of your neck stand on end,” he said.

He called on the population to be more understanding for the police.

“You have a mixed race job, deal with a lot of trauma and a lot of things that most of us never see,” he said.

“If you are a partner or your father’s or mother’s partner – understand that some of the things you see you never understand and you never want to see yourself.” 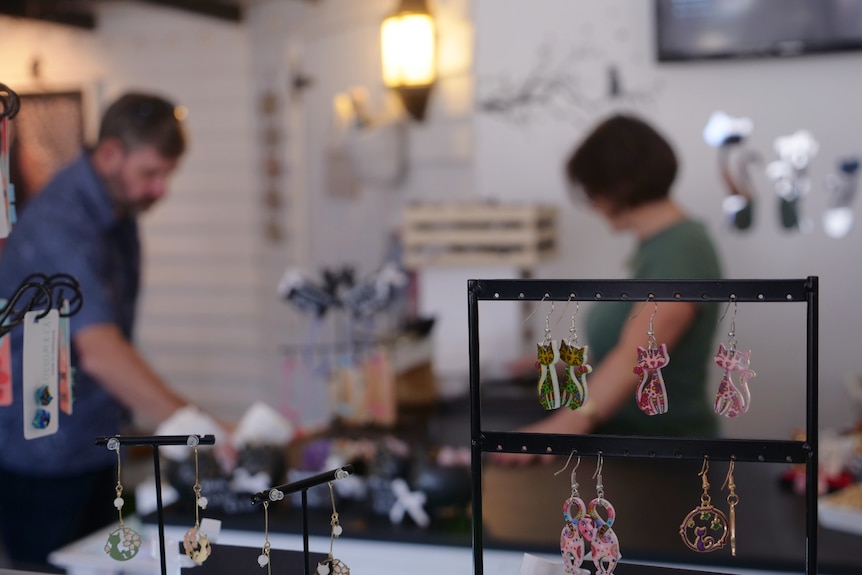 “Even if it was hard and everything wasn’t going well … it was something I always wanted to do. I made it.”