Cats are the second most popular pet in the world after dogs. According to the US Pet Ownership & Demographics Sourcebook, more than a quarter of households in the United States own at least one.

Most of them are acquired as kittens, which are cute but require more care than adult cats.

Here are some things you need to know about kitten care:

How much do kittens sleep?

New kittens are like newborn babies in that they sleep much longer each day than the average adult.

Newborn kittens sleep about 90 percent of the time, which equates to about 22 hours a day, according to pet food company Purina. As they grow up, they need less sleep – the average cat sleeps between 13 and 16 hours a day, about twice as much as a human.

“Kittens are babies and, like human babies, need a lot of sleep and care around the clock,” Anita Kelsey, cat behaviorist and author of the new book Let’s Talk About Cats, told Newsweek.

Kittens are born with eyes closed and ears folded back and cannot stand up.
Christopher Furlong / Getty Images

“They are looked after by their mothers – this also means that their fur and body get warmth. They have not yet developed, so they are quite dependent on their mothers for health and care until their senses have developed. Kittens, like human babies, tire very quickly and fall asleep in the most unusual positions. “

“Kittens sleep a lot between periods of hectic activity! From birth they can feel warmth and have a sense of smell. These lead them to their mother’s belly. Between 2-16 days, their eyes open and their eyesight slowly improves, ”added Celia Haddon, cat expert and author of A Cat’s Guide to Humans.

What shots do kittens need?

Kittens need injections at a young age to make them immune to disease.

“All kittens should receive two basic vaccinations at weeks 9 and 12, which coincides with their immunity to waste from breast milk,” Rosemary Fisher, director of the Governing Council of the Cat Fancy (GCCF), told Newsweek. The GCCF is the UK’s leading registry for cats.

“Kittens need protection from diseases that are common in cats and, being new to this world, they are susceptible to diseases and parasites. The three main vaccinations a kitten must have are: Cat Influenza, Feline Panleukopenia Virus (FPV), and Feline Leukemia Virus (FeLV), “added Kelsey. 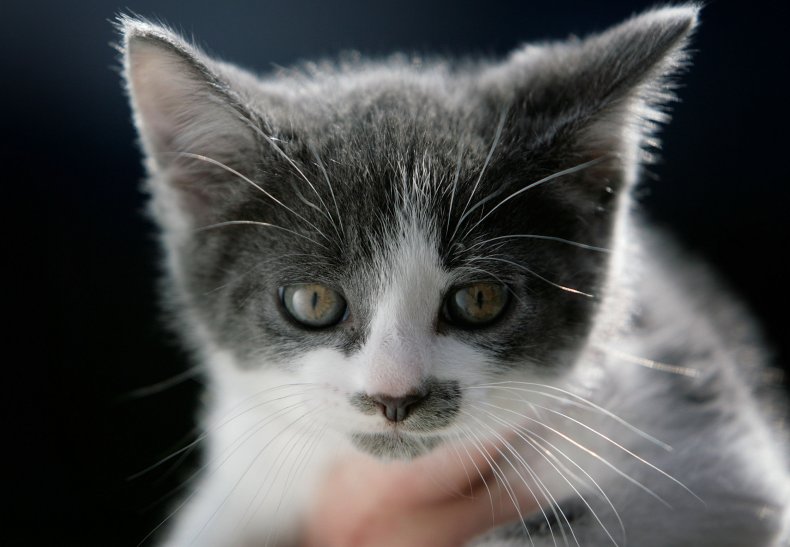 When do a kitten’s eyes open?

Kittens are born with their eyes closed, their ears folded, and they cannot stand up.

“A kitten opens its eyes between 7 and 10 days, although it can take a little longer. Cats are a species that is endowed with two eyes, and opening them up is a natural part of their evolution, ”Kelsey said.

“Your ability to focus with both eyes is around the third week. You begin to respond to sound by orienting yourself towards it or away from it around the seventh day, and you can tell the direction of the sound around the day Locate 16, “added Haddon.

When do kittens start walking?

Most kittens start walking around three weeks of age, according to Alley Cat advocacy board, and their teeth will follow suit as well. The group says this is when the owner should provide a litter box and wet food.

“Kittens move around in the crate from birth, but usually stay close to their mother. By two weeks they crawl and by four weeks they are quite active, playing fighting and trying to climb out of the kitten box, out of custody they become very active and after 6 weeks they examine their surroundings and try to climb, “added Fisher.