Seven fluffy pups rescued from a cold Saskatchewan dump in the past few days are warm, fed, and in good health, according to an animal rescue service in Regina.

Bright Eyes Dog Rescue in Regina was notified by a community member that they had found puppies that they believe were abandoned by a stray dog ​​in a provincial landfill. Megan Jane, a spokeswoman for voluntary dog ​​rescue, said they were not allowed to reveal their location.

Rescue volunteers went to the dump on Friday and picked up three puppies. They bathed and fed them. One was so dirty that volunteers did not discover that it was, in fact, “light, snow-white” until all of the dirt was removed from its fur.

On a whim, they went back on Sunday. After exploring the dump, they found four more.

Two of them are relatively easy to collect, she said, but the other two are not. 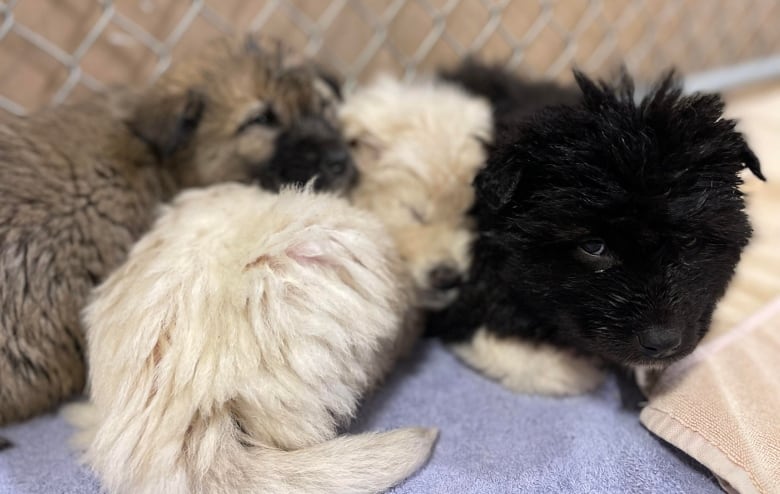 “When they’re born in the dump like this, they’ve often never had an interaction, [they’re] quite scared, “said Jane.” You have never seen a kind person before. “

“I know some of our volunteers were out there for a couple of hours [Sunday], in the freezing cold, stumbling through tires and rubbish and sticks and mud and trees, “she said.

Jane believes the dogs were outside for several days but may have survived because of their thick winter coat. 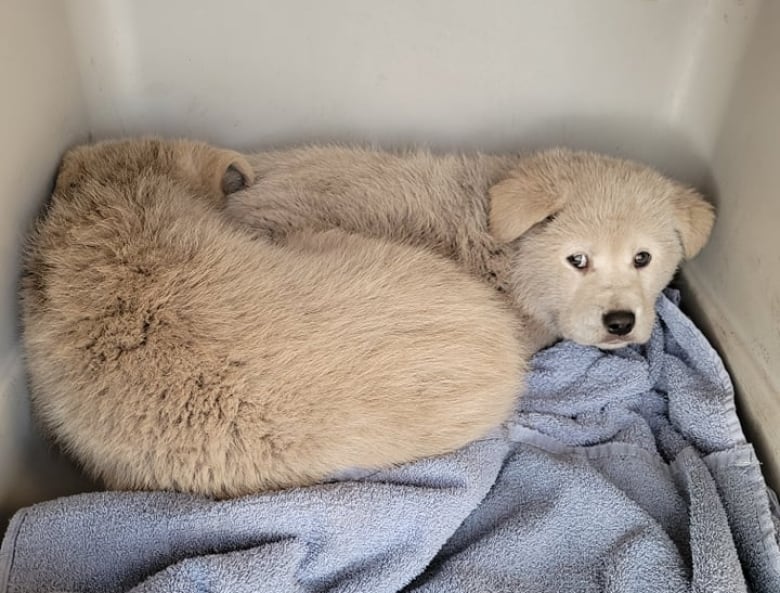 Three of the pups were found on Friday. Another four were found when volunteers returned to the same dump on Sunday. (Submitted by Bright Eyes Dog Rescue)

Now the puppies are in the care of the dog rescue and in good health, said Jane, bathed, fed and petted in blankets – but still scared and unsure of what to do with their toys.

If no owner answers, the dogs are treated as rescue dogs, cared for and then go through the right phases to find a new home. Jane suspects the puppies could be put up for adoption as early as January.

This includes a mandatory two-week medical stay, including vaccinations and a health check-up. 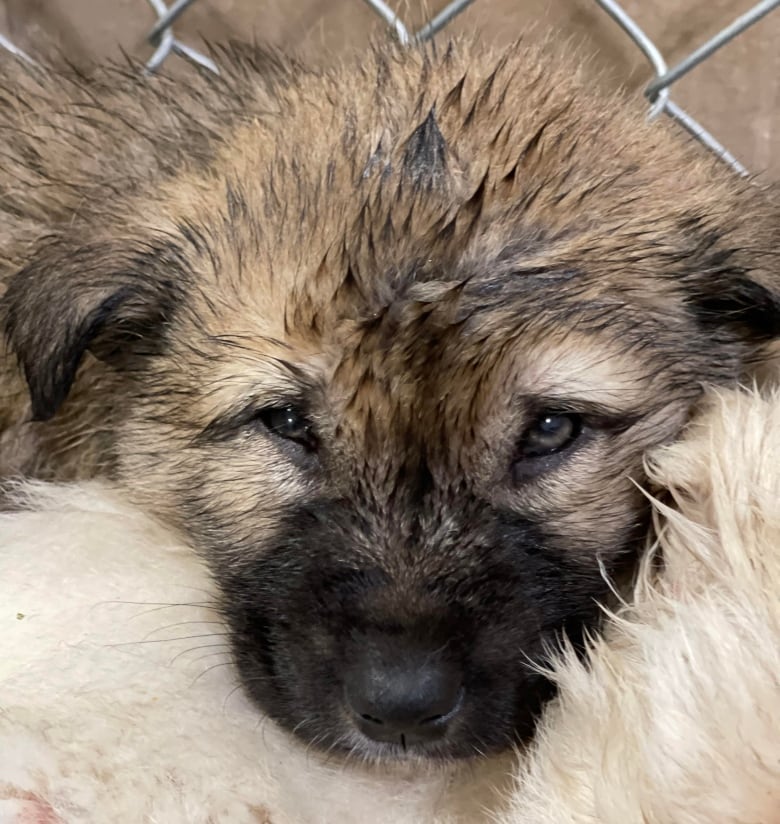 “I think it’s the best possible ending for these seven little pups who could have had a very different future if no one had been to the dump that day,” said Jane.

The dogs haven’t been given names yet, but Jane expects they will soon be given a title that matches the holiday season or how lucky they were to be found.

This fall and winter season was the busiest on record for dog rescue. They currently have 120 dogs in their care, Jane said, with around 475 dogs rescued so far in 2021.