Five faculty members at US veterinary colleges, including two veterinarians, are among 489 scholars selected in 2020 by the American Association for the Advancement of Science, the largest scientific society in the world.

The honor, which dates back to 1874, is presented annually to AAAS members who are nominated by their peers and recognized for their efforts to advance science and society. Each fellow is expected to adhere to the highest standards of academic integrity and professional ethics.

New fellows were officially announced in Science magazine on November 27, 2020 and will be accepted on February 13 at a virtual fellows forum ceremony.

His research focuses on reproductive biology with an emphasis on gamete and embryo development, epigenetic remodeling during embryonic development, nuclear transfer of somatic cells, embryonic stem cells, and induced pluripotency. He also works on the development and application of assisted reproductive technologies in farm animal species.

William J. Murphy, PhD, is a professor in the Veterinary Integrative Biosciences Department at Texas A&M University College of Veterinary Medicine and Biomedicine.

He received his PhD in Life Sciences from the University of Tulsa in 1997. From 1997 to 2003 he worked as a postdoctoral fellow in the Genomic Diversity Laboratory at the National Institutes of Health. 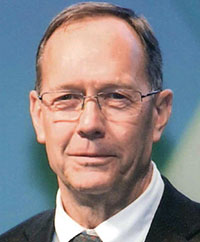 Dr. James Roth is a distinguished professor in the Department of Veterinary Microbiology and Preventive Medicine at the Veterinary College of Iowa State University. He is Director of the Center for Food Security and Public Health and Executive Director of the Institute for International Cooperation in Animal Biology. Both are cooperation centers of the World Organization for Animal Health (OIE).

Dr. Roth’s main area of ​​research is immunity to infectious diseases in food-producing animals. He has also developed training courses and online training on emerging and zoonotic diseases and disease control.

Dr. Roth received his veterinary degree from Iowa State in 1975 and a PhD in immunology from ISU in 1981. He is a diplomat from the American College of Veterinary Microbiologists.

Shan-Lu Liu, MD, is a professor of veterinary life sciences at the Ohio State University College of Veterinary Medicine. He is also the program director of the Viruses and Emerging Pathogens Program at the OSU Institute for Infectious Diseases.

Dr. Liu’s research focuses on restricting the host to viral infections and viral countermeasures. He is also concerned with cell-to-cell transmission of viral cells, innate immunity to and detection of viral infections, the mechanisms of fusion and entry of viral membranes, cell signaling, viral oncogenes, and human lung cancer. Viruses he studied include HIV, Ebola, Influenza A, Zika, Hepatitis C and oncogenic sheep retroviruses. 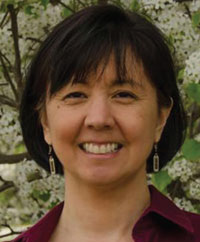 Lisa A. Miller, PhD, is Professor of Anatomy, Physiology, and Cell Biology at UC-Davis Veterinary School. She is also the assistant director of research for the California National Primate Research Center.

Dr. Miller researches the effects of environmental exposures such as air pollution, allergens and microbes on the development of the lung and immune systems. Other research focuses are lung development, respiratory toxicology, developmental immunology, immunotoxicology and pediatric lung diseases.

Dr. Miller has three doctorates from UC-Davis and one from Stanford University School of Medicine.