A nationwide shortage of veterinarians is putting pressure on Manitoba vets and livestock farmers, especially as they wrestle with the demands of the spring calving season.

“It isn’t for the faint of heart,” cattle farmer Betty Green said with a chuckle. “It’s hard work. And you have to love animals.”

Green and her family operate G7 Ranch in Manitoba’s Interlake region. She said they haven’t had any problems with calving so far this year, despite a late blast of cold, wet weather.

That’s a good thing, considering the nearest veterinarian is more than 200 kilometers away. Green said there used to be three vet clinics around her community of Fisher Branch, but they’ve all closed down over the past decade.

“If you’ve got a cow that’s in distress and needs a caesarean, an hour and a half wait is long,” said Green, who operates G7 Ranch with her husband and grandson.

That means the family has learned to do things they previously would have left to the vets, such as repositioning a calf during delivery or putting a cow’s prolapsed uterus back in place, she said.

“But there are things we can’t do,” said Green, who had livestock die as they waited for a vet to arrive.

“It’s heartbreaking. First of all, we don’t like losing animals,” she said, choking up a little as she described the stress of a birth gone wrong.

“And it’s a cost. You keep a cow for a whole year to birth a calf. And now, you’ve got a cow that has no calf, no revenue, but the costs are all still there.”

The veterinary shortage is a problem across Canada, sometimes leading to frustration and burnout among vets.

“You always try to provide care as quickly as you can, which is always a challenge,” said Dr. Neil Versavel, who treats both large and small animals at his clinic in Stonewall, Man. 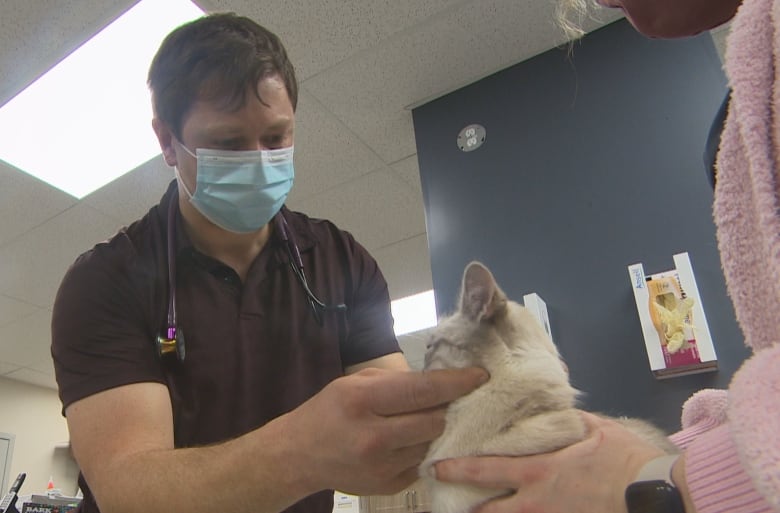 dr Neil Versvel’s clinic is looking for another veterinarian but hasn’t had an applicant in months. (Gary Solilak/CBC)

During the spring calving season, Versavel usually works 10 to 14 hours a day, seven days a week. The vet sometimes finds himself stopping along the road to catch a few winks before heading to another emergency on a farm.

“When you put in a long day, and that one more call comes in and you’re fried and exhausted but the animal needs some help, you kind of have to balance it out somehow,” he said.

“Usually, your own welfare gets put second to making sure the animals are tended to.”

His clinic, Equi-Tech Veterinary, is looking for another practitioner, but hasn’t had an applicant in months. Versavel admitted the grueling hours of a rural practice aren’t always appealing to young veterinary grads, flush with job offers.

“You also have to throw on top of that being on-call evenings and weekends. Less and less people are willing to do that,” Versavel said.

“If they can get a better deal, with a little more pay and less hours in an urban environment, you can’t really blame them for doing that.”

With only five university programs to train new veterinarians, many say Canada isn’t keeping up with demand.

The Manitoba Veterinary Medical Association is studying the shortage, and said the vacancy rate for veterinarians in Manitoba is 15 per cent — more than three times greater than the province’s average job vacancy rate.

To help address the problem, the province introduced a rural veterinary task force in 2015, which it claims is the only such initiative in Canada.

But the Manitoba veterinary association says the number of vets continues to plunge, with more people leaving the field than coming in. 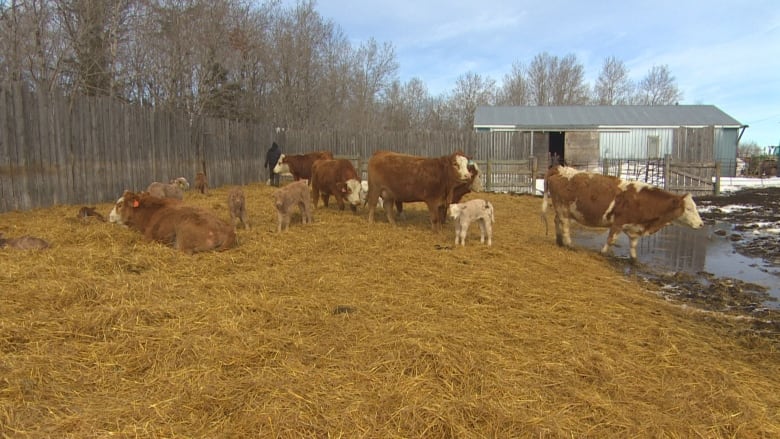 The Manitoba Pork Council said the problem is even greater in rural areas.

“It’s not unique to Manitoba. It’s something that industry and governments really do need to sit down and address,” said Cam Dahl, general manager at Manitoba Pork.

“We also need to see steps taken to make it faster and more straightforward for qualified foreign veterinarians to work in Manitoba,” said Dahl, adding that labor supply issues in the agriculture industry extend beyond vets.

“This is part of a broader and very significant labor shortage,” Dahl said. “It’s really impacting every link in the value chain, starting with the farmers in their barns and going through processing and trucking.” 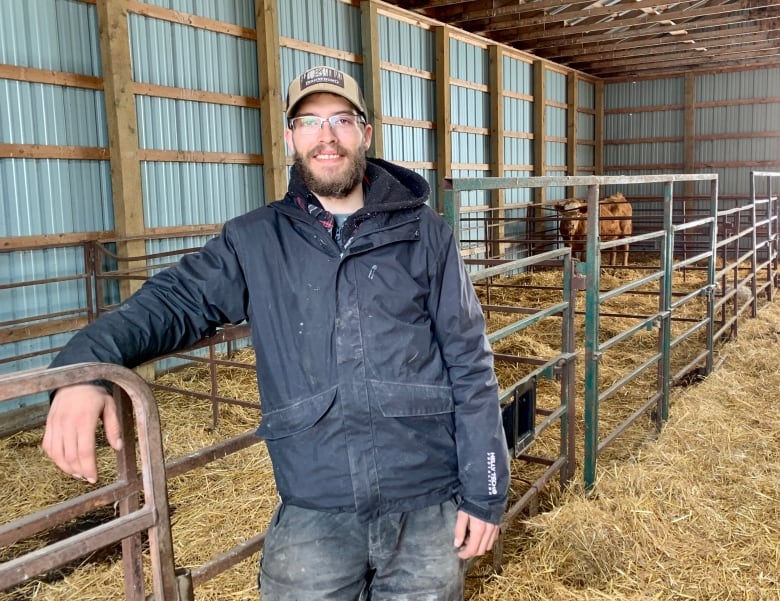 Curtis Lappage, 24, has a diploma in agriculture and is getting ready to take over his grandparents’ G7 Ranch. (Emily Brass/CBC)

Back at G7 Ranch, Green said the lack of general farm workers forced her family to cut the size of their herd from 1,000 to 600 cows. But her 24-year-old grandson, Curtis Lappage, is hopeful their numbers might one day rise again.

“If you think about the labor shortages and the lack of vets, you can get yourself down,” said Lappage, who is getting ready to take over the family ranch.

“They put all this work into building everything and have to cut back because they can’t find the workers. That’s tough.”

Lappage recently earned a diploma in agriculture from the University of Manitoba, and hopes innovations in technology and crop methods will help make up for the scarcity of workers.

“I’m pretty optimistic about the future,” he said with a grin. “We’re making it work.”

WATCH | A nationwide shortage of vets:

A nationwide shortage of veterinarians is putting extra pressure on Manitoba farmers and vets. They’re all feeling the crunch, as they wrestle with the heightened demands of the spring calving season. 2:08