Mistakes are nothing to be ashamed of, but they can sometimes lead to terrible situations. Louisiana’s George Ketry regrets his decision to leave his dog in his running car for a few minutes. He had an errand to run quickly so figured his disabled elderly dog ​​would be safe in the warm vehicle. But within moments the truck with the dog in it was stolen.

Ketry encountered several complications while trying to locate the truck, but he never gave up trying. Eventually, his dedication resulted in what seemed like a miracle.

Ketry stopped briefly at a hardware store, assuming his dog named Rainey would be fine in the running car. Rainey’s hind legs are paralyzed, so he needs a wheelchair to get around. But when Ketry left the store, his vehicle and dog were nowhere to be seen.

“The idea of ​​not having Rainey or not knowing where he is and never being able to see him again without knowing it, that was the really difficult part for us,” Ketry said.

Ketry immediately broke the news on social media. The Louisiana Humane Society also helped with the search. Ketry’s truck is equipped with OnStar tracking, which looked like a good clue. But Onstar wouldn’t send the tracking information to authorities, and they haven’t explained why. 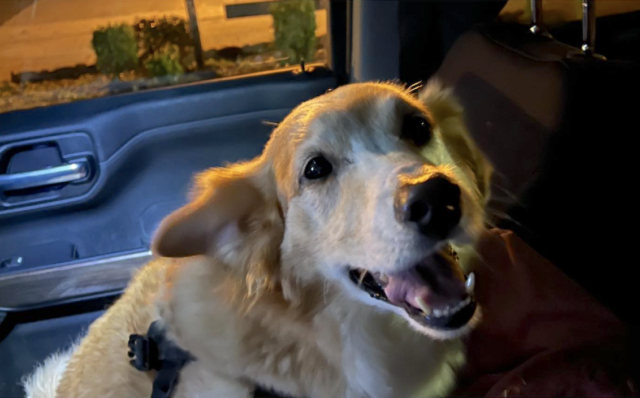 As the hours passed, Ketry began to feel less hopeful. Rainey needed special care, and he probably wasn’t getting that while he was away. But then Ketry got the glimmer of hope he was looking for.

First someone located the damaged truck. Many of Ketry’s valuable items were stolen from the vehicle, such as his phone and laptop. Unfortunately Rainey wasn’t inside either.

Luckily, a Good Samaritan spotted Rainey sitting in the middle of the street after a barking dog drew attention to him. The pup was found a few blocks from the vehicle. It appeared the thief quickly threw the puppy out of the truck and drove on. Without his wheelchair, Rainey couldn’t move off the street on his own. 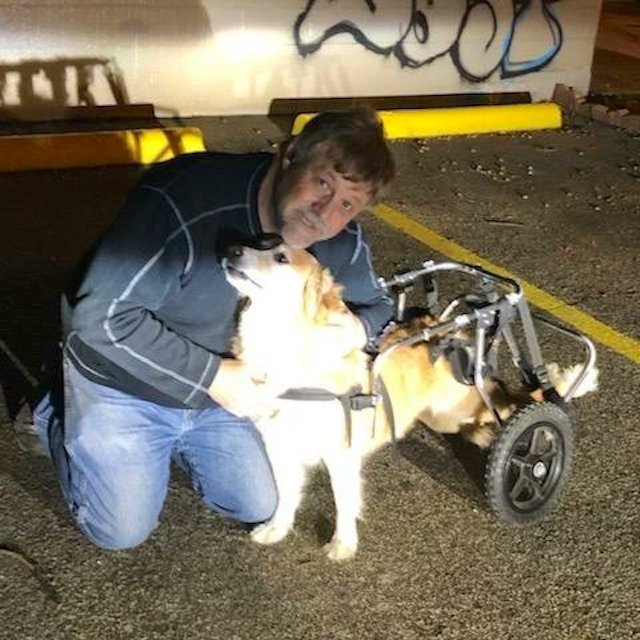 The person who found him said the puppy was very distressed. They contacted the Louisiana Humane Society, who helped reunite Rainey with Ketry. Ketry offered the person who found Rainey the $1,000 reward, but she turned it down, saying she wanted it used to help others instead.

“I called [Rainey,] and he just came running around the corner like he had six legs. I mean, he must have been scared and confused the whole time,” Ketry said.

Rainey is healthy and happy after the incident. Ketry is grateful for the dog’s health and amazed that Rainey isn’t afraid to get in the truck. Of course, he wants the person who stole Rainey to face the consequences, so hopefully justice will be done for the special needs pup soon!