Bailey Gladwin says the Ontario Veterinary College (OVC) at the University of Guelph refused to admit their dog, Odie, when their referring emergency clinic called and asked to put him on a ventilator. (Submitted by: Bailey Gladwin)

Veterinarians are in a crisis situation, a serious staff shortage has fatal consequences for humans and animals.

A serious problem before COVID-19 was compounded by the pandemic puppy frenzy, says Jan Robinson, chief executive officer of the College of Veterinarians of Ontario, the agency that licenses veterinarians and accredits their clinics.

In the years leading up to the pandemic, “there were fewer and fewer vets for the jobs,” Robinson said. “That will then be paired with a really big boom during the pandemic for animal owners.”

It has created a “perfect storm,” she said, where access to veterinary care can now be difficult.

“In many areas of the province, veterinarians cannot accept new customers. They can’t see emergencies from people who weren’t their customers or who are just busy and can’t even bring their own regular customers in. “

It started with a single cough

Bailey Gladwin and her dog Odie were turned away from a world-class clinic in August, and the young terrier mix didn’t survive.

It just started: with just a cough.

“It was Wednesday morning. He coughed once – only once. And I thought, ‘Oh, he just got into something’ because he’s a very curious boy,” said Gladwin. 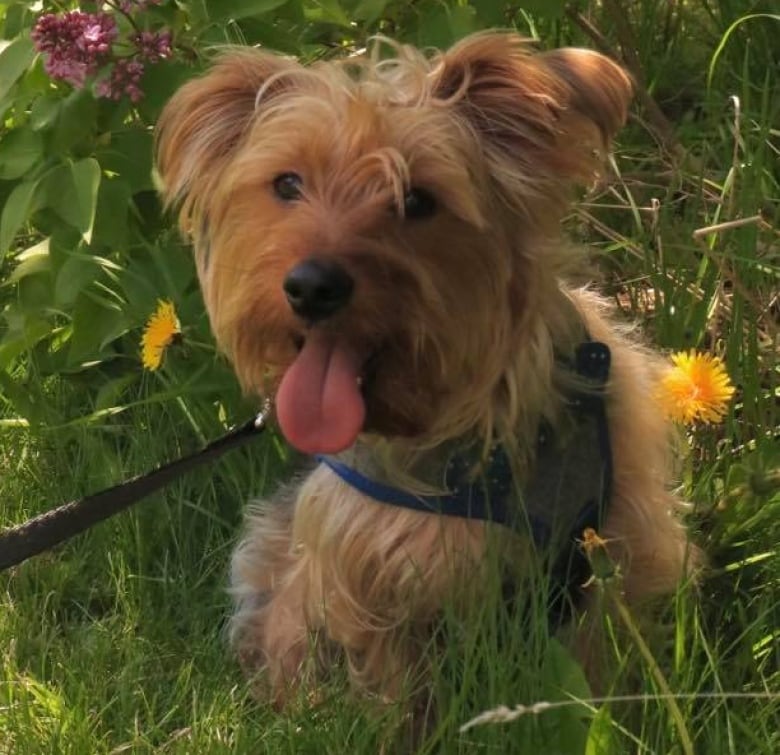 Odie was a year and a half old terrier mix, his Gladwin says. (Submitted by: Bailey Gladwin)

But that evening Odie could barely catch her breath and Gladwin knew something was wrong.

Her regular vet was closed for the night and she couldn’t take him to the Waterloo area emergency veterinary clinic until just before midnight at the earliest, Gladwin said.

But over time, Odie got worse and worse. After being seen by a veterinarian, the puppy was taken in for the night.

“I received a very brief call from the vet’s personal cell phone. He said, ‘Okay. We have just examined him, he obviously has very severe breathing difficulties, he is not getting enough oxygen. He has a fever. I want an X-ray and blood work, “said Gladwin.

She and her boyfriend were supposed to go home for the night, but at 5 a.m. their phone rang again. It was the vet overnight.

Odie was still getting worse and the vet wanted to refer him to the Ontario Veterinary College (OVC) in Guelph where they would be better equipped to take care of the dog. 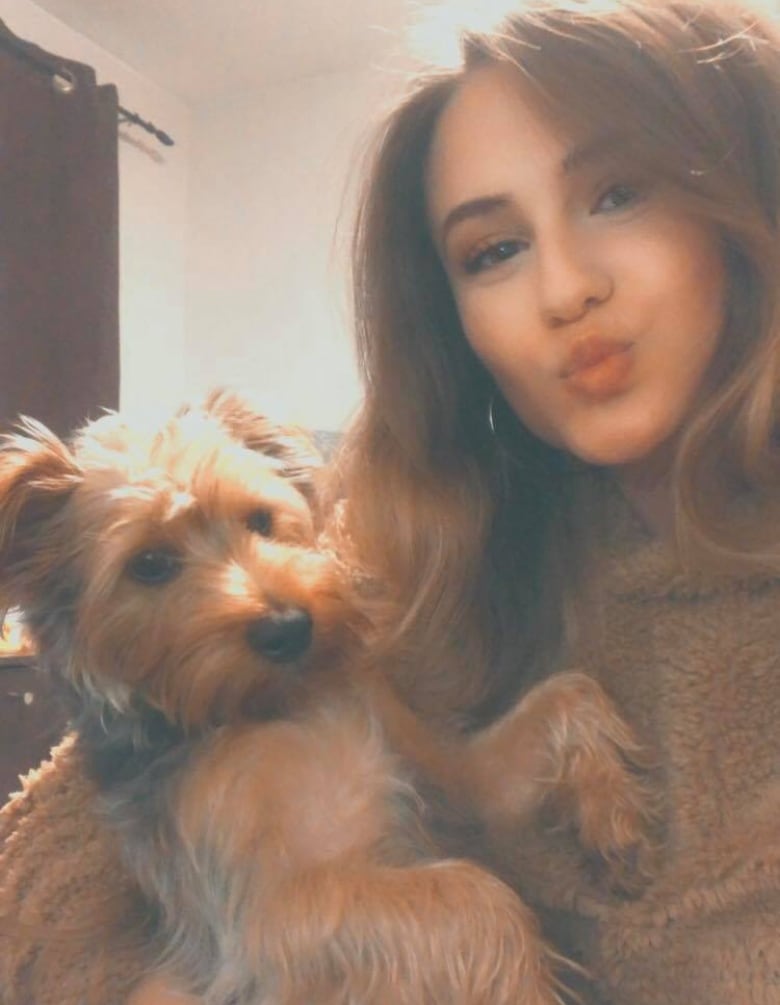 Gladwin says her terrier mix has been losing weight rapidly. He went from a single cough on Wednesday morning to brain death the following night. (Submitted by: Bailey Gladwin)

But the OVC said it couldn’t accept Odie as a patient, and other clinics couldn’t call the vet either. When another facility with a respiratory specialist was found, Odie was no longer stable enough for transport.

That night, Odie died less than 24 hours after he was admitted.

“Around eight o’clock we got the call that he wouldn’t make it,” said Gladwin. “He became septic and had brain damage.”

It’s not what it should be, but it’s a reality– Jeffrey Wichtel, Dean, Ontario Veterinary College

The OVC said they couldn’t speak to the details of the incident as Odie was never admitted, so there are no patient records.

But OVC Dean Jeffery Wichtel admits: It’s tragic, and Gladwin’s story is now all too common.

“What this owner has experienced is what many owners – pet owners across Ontario and Canada – experience on a daily basis. It’s not the way it should be, but it’s reality, “said Wichtel.

“Veterinary emergency and acute hospitals are not just part of the skills shortage we talked about – they are the big end of the problem.”

Gladwin said she was grateful for the care her dog received at the emergency clinic and did not plan on filing a formal complaint against any of the clinics involved, but complaints have increased significantly this year from last year, the College of confirms Veterinarians of Ontario.

The number of complaints to the supervisory authority has risen by 40 percent. In a typical year, the symptoms increase by about 15 percent.

“Not all of these are COVID-related complaints, but many of them relate to access concerns,” said Robinson, who also pointed out that these are raw numbers, not complaints that college investigators see as actionable were deemed. 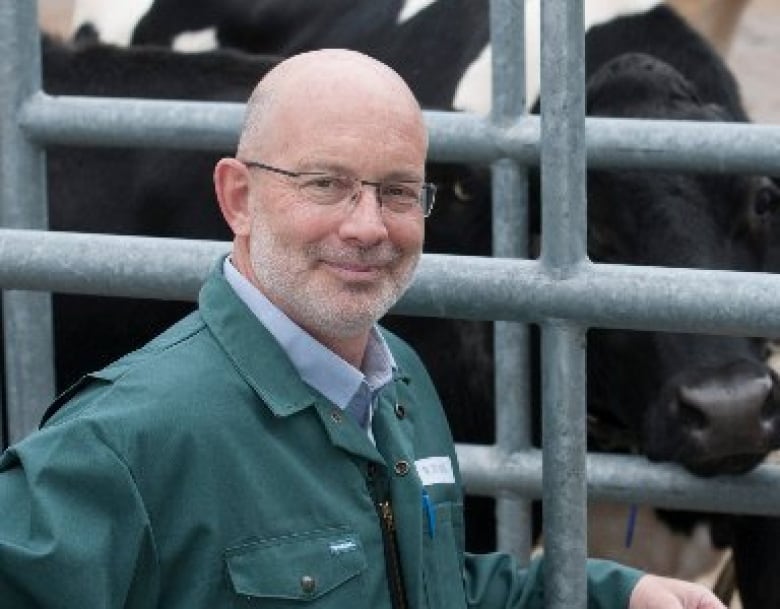 Jeffrey Wichte is the dean of the OVC, one of only five vocational colleges for veterinarians in the country. (JJWichtel / Twitter)

Your group is also seeing a worrying number of emergency veterinary clinics – companies like the Waterloo Area Emergency Veterinary Clinic – requesting a change in accreditation status. The Waterloo Region Veterinary Emergency Clinic will continue to operate as an emergency pet clinic.

Over the summer, 20 percent of the 30 or so clinics applied to the regulator to reduce their working hours, Robinson said.

“These facilities need to change their accreditation status and are no longer an emergency facility and they do not have enough staff to manage these hours or they are looking for shelter and restrictions,” Robinson said.

Some do without their accreditation entirely, others switch from the all-day emergency to the bare essentials: in the evenings and on weekends.

In addition to the OVC, there are four other veterinary schools in Canada:

However, a 2019 staff study by the Canadian Veterinary Medical Association shows that the country was not training enough veterinarians to meet current or future needs.

It turned out that the number of registered veterinarians has increased by three to 3½ percent per year. However, to keep up with demand, that number had to be at least five percent per year – which, given the rise in pet ownership during the pandemic, wouldn’t be enough either.

It will take time to get more working veterinarians into action, and there are no easy solutions, said Wichtel.

He said the OVC was tied and couldn’t graduate more than 120 students a year.

The University of Guelph, of which the college is a part, is at the top of its enrollment corridor. When more students begin to graduate, the state government will not provide funding – and the operation of veterinary schools is expensive, said Wichtel. The OVC has its own teaching hospital where students learn the practice first hand. This is one of the reasons why training veterinarians for universities is expensive, says Wichtel. (Ontario Veterinary College)

“Veterinary students, I think it’s safe to say that they are the most expensive students in Canada,” said Wichtel.

Wichtel said there is a publicly funded training infrastructure for doctors for human patients, but not for veterinary students.

“The clinical, diagnostic and practical training of veterinarians is extremely expensive and has to be cross-species,” said Wichtel. “The reason we’re stuck at 120 [students] is because given the resources we have now, the best we can do is train. “

Other options to increase ranks include:

Technology has also proven to be a boost. The College of Veterinarians of Ontario first opened the door to telemedicine in 2017 – by phone or video link.

It allowed any veterinarian licensed in Ontario to remotely connect with patients. They are limited to counseling and triage, not actual diagnosis or prescription, but that can go a long way in reassuring the pet owner.

This service became essential during the pandemic when veterinary clinics closed their doors to the public, examined pets in person, and then contacted their owners by phone.

Experts agree that it will remain an essential part of veterinary care for years to come. Why It’s So Hard to Find a Veterinarian These Days