Thanks to an anonymous donation, the Amarillo Campus courtyard is now known as the Robert L. Duncan Plaza.

When students and visitors begin their walk to the south entrance of the Texas Tech University School of Veterinary Medicine (SVM) building, they traverse the open-air area dedicated to the man who made this vision a reality.

“It wasn’t because of a person,” Duncan said during the dedication ceremony. “It was because of a vision and the people who came together to do it. This project has been so exciting to people all over the state of Texas and that is one of the reasons it got carried out. It’s the right thing, with the right idea, and everyone knew that Amarillo would come to the top and then West Texas would come to the top. ”

After much effort to gain the trust and support of the regional and Texas Tech community, the Texas Tech University School of Veterinary Medicine in Amarillo opened its doors to its first cohort of undergraduate students in August. It was a historic moment that came 50 years after Texas Tech was first admitted to a veterinary school in 1971. 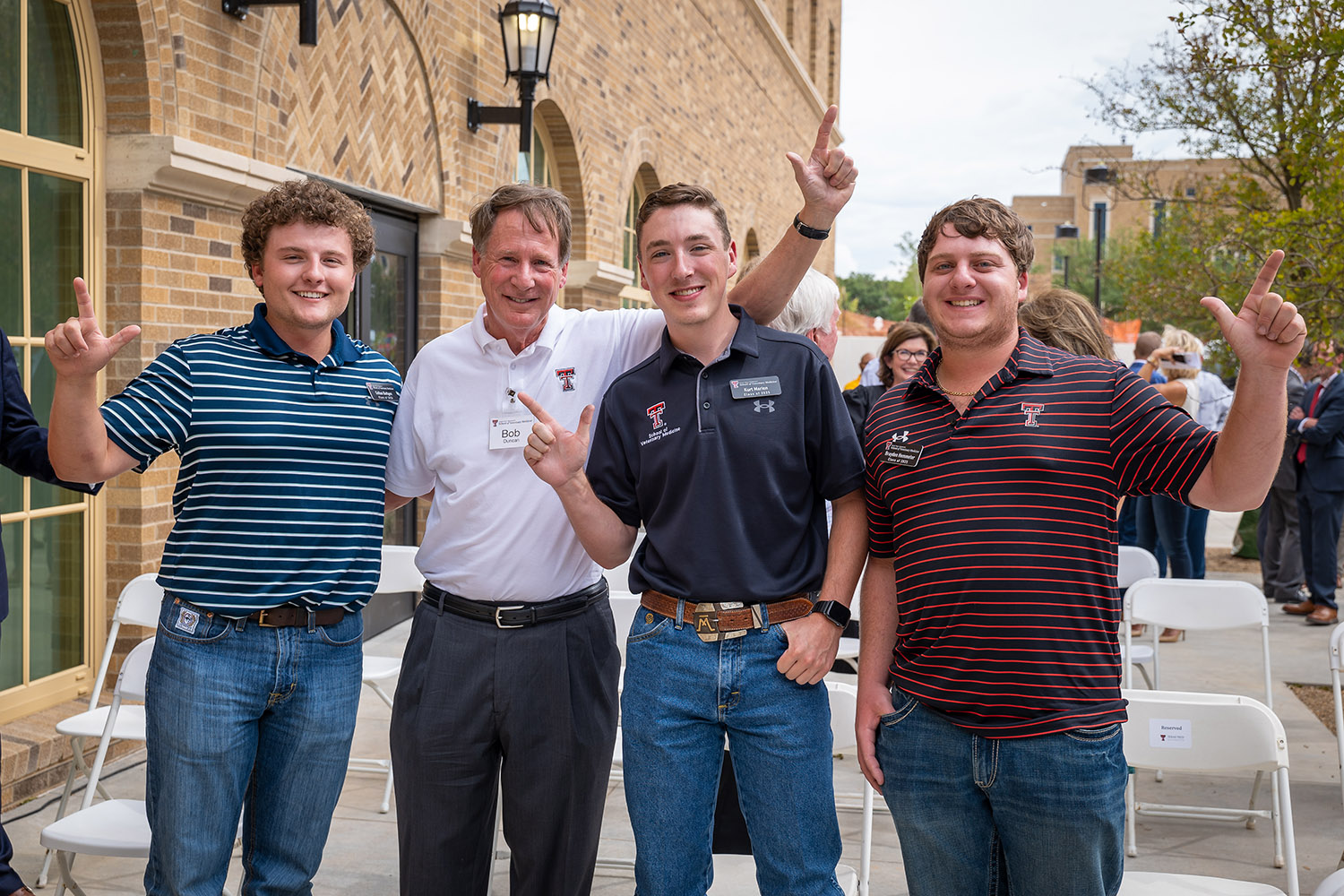 Duncan with students from the veterinary school

“The School of Veterinary Medicine became a reality in large part thanks to the passion and generosity of our dedicated supporters,” said Kendra Burris, Assistant Chancellor, Texas Tech University System. “This financier’s admiration for Chancellor Robert Duncan’s vision of establishing this historic and monumental achievement is extraordinary. It is a special event when a donor makes the decision to recognize and honor someone outside of their own family. This shows how great our donors are and how their efforts have led to our mutual success in establishing the Veterinary School. ”

During his two-decade career as a Texas lawmaker, Duncan knew exactly what it took for Texas Tech University to advance as a premier college not only in the state but also in the United States. He had seen Texas Tech go through several efforts to open a veterinary school, only to be foiled when it was time to fund it.

When he became chancellor of the TTU system in 2014, one of his first steps was to investigate how Texas Tech could finally make a veterinary school a success, what it would look like, and how to overcome any hurdles it had stumbled upon and increase previous efforts.

In December 2015, Duncan announced that Texas Tech would not just run a veterinary school, but would do so in innovative ways that would not duplicate current veterinary schools and specifically address the shortage of rural and regional vets across the country. 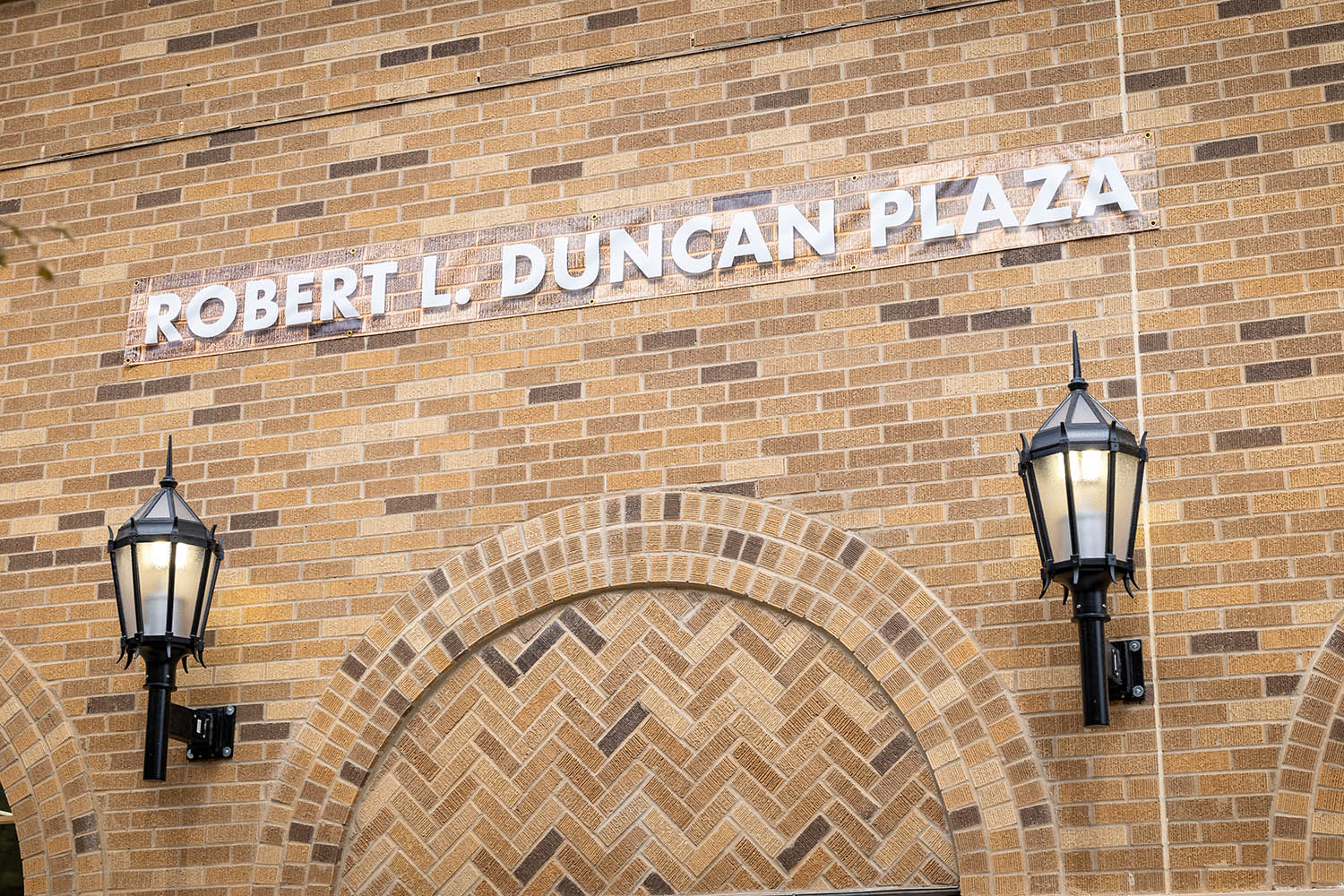 “Meeting the need for veterinary training in Texas is critical not only because of the region and state’s deeply rooted history of agriculture and ranching, but also because of its continued prosperity,” Duncan said at the time. “Our vision goes beyond establishing a veterinary school to transform the veterinary landscape and offer innovative solutions for the future of the industry.”

Duncan’s support for the cause did not end with that initial announcement, however.

The Texas Tech alumnus, who earned both his bachelor’s and law degrees from Texas Tech, also played a key role in raising private philanthropic and industrial gifts to help build the facility and provide scholarships for students.

During his tenure as Chancellor, Duncan helped secure a $ 15 million grant from the Amarillo Economic Development Corporation (AEDC), which later became an agreement, to go up to $ 69 million to build SVM facilities finance. He also helped direct efforts that soon after his retirement resulted in industrial donations from the Amarillo National Bank, Caviness Beef Packers, the Harrington Foundation, and others. 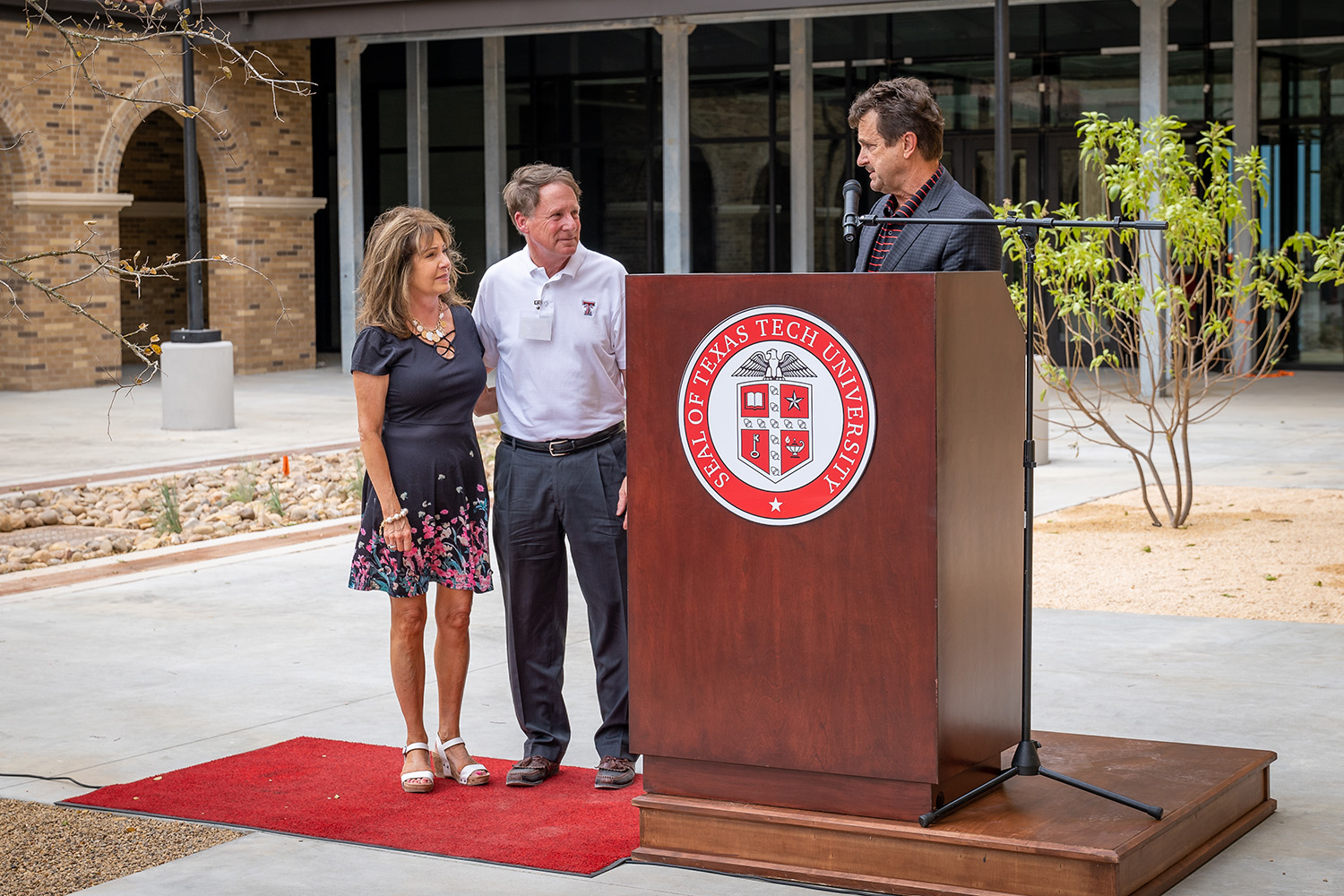 “Everyone knows how incredibly important this School of Veterinary Medicine is to Texas Tech University, the Texas Tech University System, Amarillo, West Texas, and the state,” said Lawrence Schovanec, president of Texas Tech, during the dedication to Duncan . “Your role in this will forever be part of your legacy. Some would have thought it was a stupid or bold idea when you brought up this possibility. But Bob Duncan knew exactly what he was doing and many said, “I wouldn’t bet against this man.” You actually succeeded. ”

Perhaps one of Duncan’s greatest influences came in the summer of 2016 when he and other Texas Tech officials testified before the Texas Higher Education Coordinating Board (THECB) about the need for a new veterinary school in Texas. Without the support of THECB, the initiative would have had a much steeper climb ahead of it.

But at the hearing, THECB passed a report reiterating the critical shortage of large animal and land veterinarians in Texas and the implications for the country’s food supply. The report offered new recommendations for solving the problem, citing Texas Tech’s plans to develop a veterinary school with an innovative model that did not replicate existing veterinary education efforts.

That opened the doors to the first new Texas Veterinary School in 100 years, and Duncan drove Texas Tech right through it. 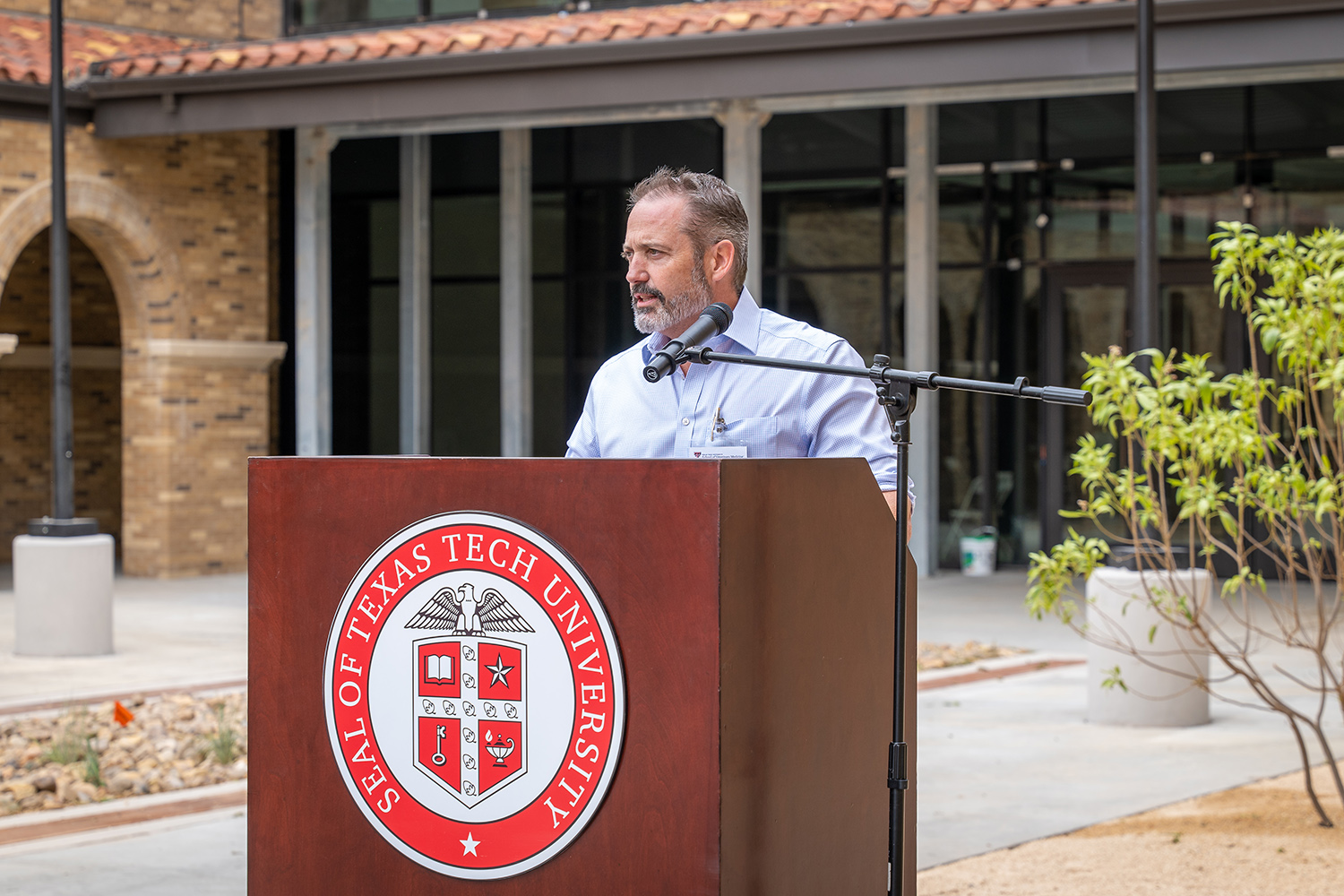 Prior to his tenure as Chancellor, Duncan evolved during his more than two decades as a member of the Texas Legislature, first as a member of the House of Representatives from 1989-1994 and then for 17 years as the 28th district representative in the Texas Senate from 1997-2014. He dedicated himself of Education and served on the Senate Committee on Higher Education and the Education Committee and the Natural Resources Committee and chaired the State Affairs Committee. He was named one of the state’s top 10 lawmakers by Texas Monthly.

The School of Veterinary Medicine, however, was not Duncan’s only accomplishment for Duncan as Chancellor. In his four short years as head of the TTU system, Duncan helped grow into one of the leading corporations in the state and nation, and helped expand Texas Tech’s presence around the world. During Duncan’s tenure as Chancellor, the TTU system raised more than $ 585 million in philanthropic support, more than any other systems administration in its first four years. He also helped increase the system’s equipment by more than $ 150 million to a total of $ 1.3 billion in 2018. 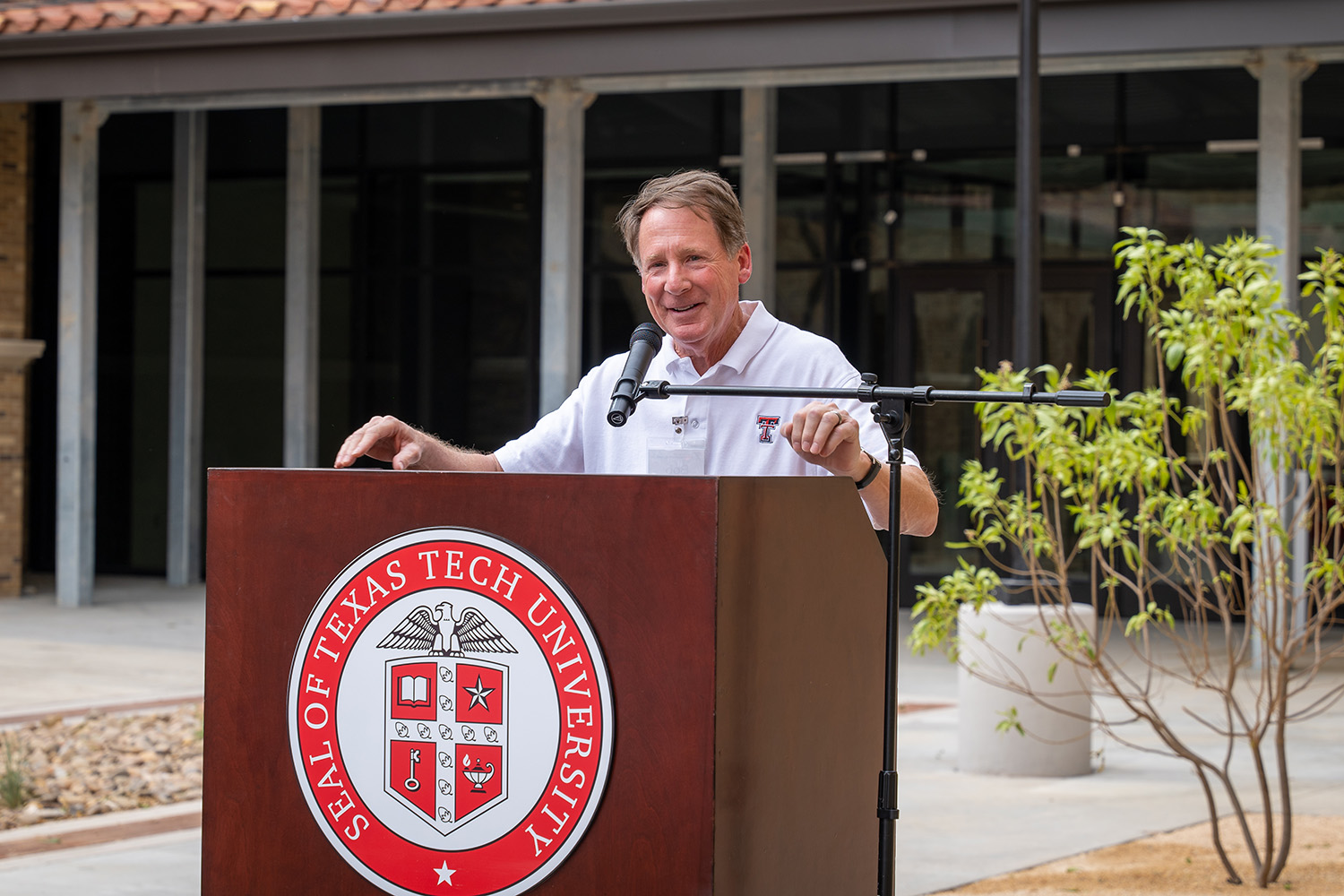 In addition to SVM, Duncan, a native of Vernon, also paved the way for opening a dental school in El Paso and opening Texas Tech’s first international campus in Costa Rica.

“Terri and I are really grateful and grateful,” Duncan said with his wife by his side. “We loved working for Texas Tech, we loved working on the Veterinary School project, and we love the friendships we made here. There is no doubt that this first first class will be historic and will make us all proud in the future. ”