AMBON, Indonesia – Conservation officials in Indonesia have regretted the cutting up of a dugong that was stranded in a stranding incident this week and whose body parts were reportedly intended for use in traditional medicine.

Two dugongs (Dugong Dugon) were stranded on the morning of August 18 on Kelang Island in the eastern Maluku Province. One of them managed to return to the sea, but the other failed, despite the efforts of the locals to push him back into the water. The animal reportedly died with multiple wounds.

“There were several wounds all over my body: a pair on the head and another on the leg,” Mohammad Aswan, a resident who witnessed the incident, told Mongabay Indonesia. “No official team was used to identify the dugong, perhaps because of the [COVID-19] Pandemic.”

The body of the stranded Dugong in the Indonesian province of Maluku. Image from Mongabay Indonesia.

Mongabay Indonesia reports that after the dugong died, local people cut up the dugong and distributed the pieces among themselves for use in traditional medicine. The rest of the animal carcass was buried near the stranding site.

The dugong is a protected species under Indonesian law, and possession of its body parts, even if natural death, is a crime punishable by up to five years in prison and a fine of 100 million rupiah ($ 6,900) on cutting up the stranded dugong for local consumption as it can be contaminated with bacteria that can be transmitted to humans and cause health problems. Dugongs are also protected by the Indonesian Conservation Law. Violating the law can result in a maximum of five years’ imprisonment and a fine of up to 100 million rupees.

“Although it is already dead, it is still forbidden to use it,” Santoso Budi Widiarto, head of the Coastal Protection Agency in Sorong, West Papua Province, which also includes Maluku Province, told Mongabay Indonesia.

Santoso said his office was unable to use a team to evacuate the dugong body due to COVID-19 restrictions, but urged locals to report any marine animal stranding to authorities.

He added that distributing the dugong body parts for consumption is not only illegal but could also pose a health risk to communities. 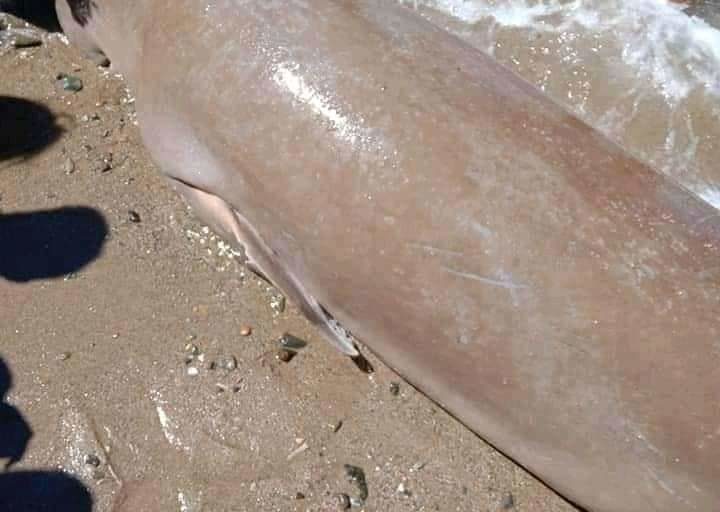 The body of the stranded Dugong in the Indonesian province of Maluku. Image from Mongabay Indonesia.

In Indonesia, which has the longest coast in Asia, there is a common stranding of marine animals, especially marine mammals. The archipelago’s waters serve both as a habitat and as an important migration route for dozens of species. Little is known, however, about why these strandings occur. Some expert theories include starvation due to ingestion of indigestible marine litter; Offshore underwater activities involving sonar that may disrupt echolocation of marine mammals; and ship strikes in busy shipping lanes.

Indonesia recently trained locals to conduct immediate rescue operations on stranded marine animals to keep them alive while they wait for conservation agencies to arrive. However, the initiative has yet to reach many of the places where stranding is common due to budget constraints and a lack of marine wildlife experts at the local level. 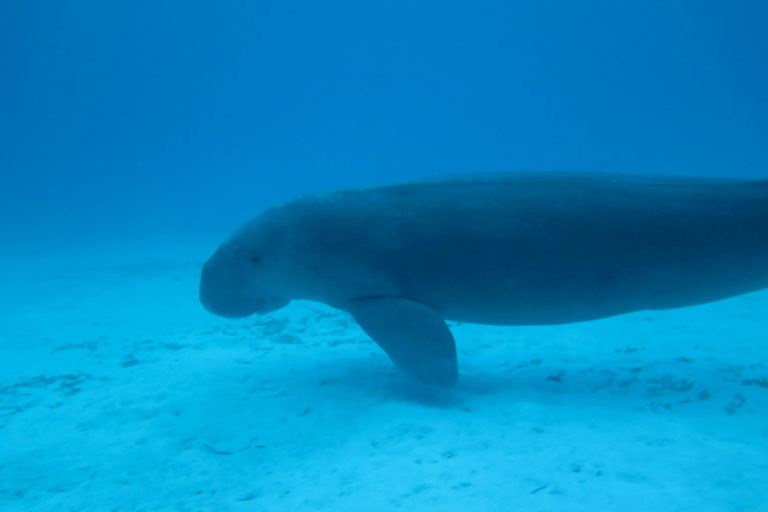 Dugongs, a close relative of the manatee, are the only herbivorous marine mammals that feed exclusively on seaweed. Their world population has been plagued by the hunt for their meat, skin, and oil, as well as habitat loss such as the silting up of seagrass beds. They are slow breeders, with a year old gestation and calves that rely on mother’s support for several months after birth. The species is currently listed as Endangered Worldwide on the IUCN Red List, but its conservation status varies widely in different locations, which means it could be endangered or critically endangered in some parts of its range, according to a 2019 study.

This story was reported by the Indonesian team at Mongabay and posted here on our Indonesian website on August 19, 2021.