WILMINGTON, NC — Pets are considered family members as much as humans — seeing them suffer is something no one wants to go through, and yet support systems for someone grieving the loss of a pet are rare.

What You Need To Know

Charity Moorhouse shows some love to a patient in the hospital

“I actually didn’t know veterinary social work was a thing until I was choosing an internship last summer – it’s a new concept,” Moorhous said. “It’s not a revenue generating position, so it’s not necessarily affordable for some general practices to have but it makes sense in a larger emergency animal hospital.”

Emergency animal clinics never know what’s going to come through their doors on any given day, which can be an overwhelming prospect for the staff. It’s the equivalent of a hospital emergency room, but an ER there are no unlike social workers on hand to support staff and loved ones as they go through a stressful situation.

Veterinary social work is in an extremely new field, although the problem has persisted for years. So new, in fact, that Moorhous said her professors at UNCW don’t have a textbook or road map for her to follow as she navigates uncharted waters. 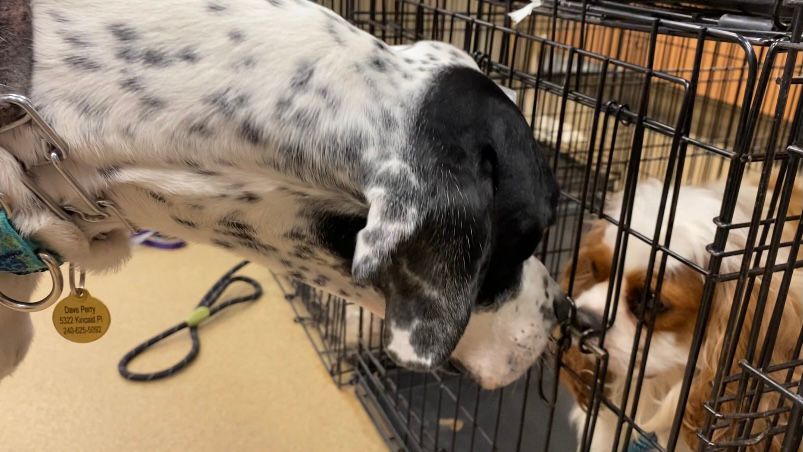 Two patients interact in the triage room at the hospital

Prior to Moorhous joining the team at the animal clinic, the emotional support process fell to the veterinary professionals themselves. Her position allows the staff to make the animals their main priority.

Her goal isn’t ever to diminish the pain or minimize the weight of the loss, but to simply come alongside someone in their grief, so they know they don’t have to go through it alone.

“Being OK with being a part of a day that’s really difficult for them, and just trying to offer support and compassion in that time — that’s the only thing I can do,” Moorhous said. “I can’t change the situation totally, but I can be a point of support for them.”