Copper Sky Dog Park would move to a different part of the park when the city sells 13 acres to a developer. Google Maps

The city council discussed the sale of approximately 12 acres of land, including the dog park at Copper Sky, for the possible development of an innovation center on Tuesday evening.

The company would buy the property from the city for $ 1.46 million.

A dog park would stay at Copper Sky, although it would move from its current location to a smaller park, perhaps east of the lake, officials said. However, the city has plans for two additional parks on the city property with a map shown at the meeting locating the parks in Pacana Park and near City Hall. Overall, the three parks would correspond to the three hectares of the current dog park.

Nathan Ullyot, the city’s community services director, told council members that the current park will not close until another opens in one of the new locations.

A conceptual site plan for the innovation center campus indicated that it could include:

The campus is designed by triARC architecture & design, a Phoenix company.

City Manager Rick Horst showed a sketch of the planned development and emphasized that it was conceptual in nature and could change. The developer will receive more information at a later date, he said. 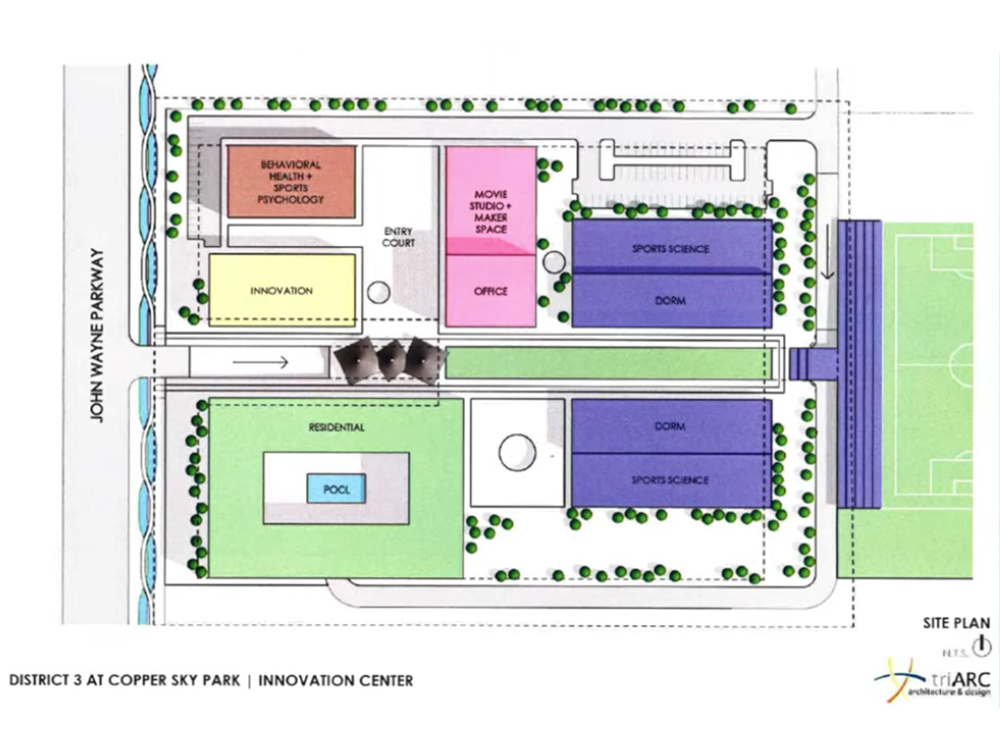 The land sale will provide the necessary funds for the development of the new dog parks. Ullyot also talked about recruiting HOAs to build their own dog parks in existing green belts and retention areas.

The city has identified dog parks as the preferred facility for new communities, with several developments already planning their inclusion in six current designs.

In the future, Ullyot said, it is possible that there could be a few dozen dog parks within a mile of the majority of city residents.

The city estimates that there are 20,000 dogs in the city.