A proposal has been made that could bring more veterinarians to northern Ontario – and Wendy Landry says it can’t come quickly enough.

In January, the University of Guelph and Lakehead University made a joint proposal to bring a new veterinary program to Thunder Bay, Ont.

The proposal would bring a Collaborative Doctor of Veterinary Medicine in Rural and Northern Community Practice Program to the city, with the goal of seeing new graduates choose to live and work in the region, addressing the shortage of services in the north.

Landry, president of the Northwestern Ontario Municipal Association and mayor of the Municipality of Shuniah, has voiced strong support for this program. Late last month, she wrote a letter to Lakehead’s president and vice chancellor, Dr. Moira McPherson, expressing concerns about the urgent need for veterinary care in northern and rural Ontario.

“Veterinary workforce shortages have been a growing challenge in Ontario for several years, but increased rates of pet ownership during COVID-19 have exacerbated the crisis,” wrote Landry.

There are currently no vet clinics in Thunder Bay that are accepting new pets. This means pet owners must drive four hours to Dryden, Ont. to acquire a vet for regular and emergency care, she wrote. Road conditions in the wintertime add an extra barrier to accessing these services.

Meanwhile, Landry said job advertisements for doctors of veterinary medicine are three times higher than they were in 2017, according to the Ontario Veterinary Medical Association. The “veterinarian wanted” page on its website is lengthy, with unfilled listings dating back to October.

“Some clinics have stopped searching for veterinarians altogether as they are unable to secure interested candidates,” wrote Landry.

In an interview with CBC News, Landry said the Northwestern Ontario Municipal Association has a vested interest in the proposed program because it would help fill the gaps in services.

“We’re putting our support behind the ask and then we’re asking them to speed it up as well,” she said.

While many schools offer veterinary programs and courses, the Canadian Medical Veterinary Association lists only five veterinary colleges in Canada that graduate doctors of veterinary medicine. These are located in Calgary, Guelph, Montreal, Prince Edward Island and Saskatchewan.

But what’s the status of the proposal?

In an email to CBC News, Lakehead University spokesperson Brandon Walker said work on the program is progressing and university officials are looking forward to moving it forward, but otherwise couldn’t comment on the situation. 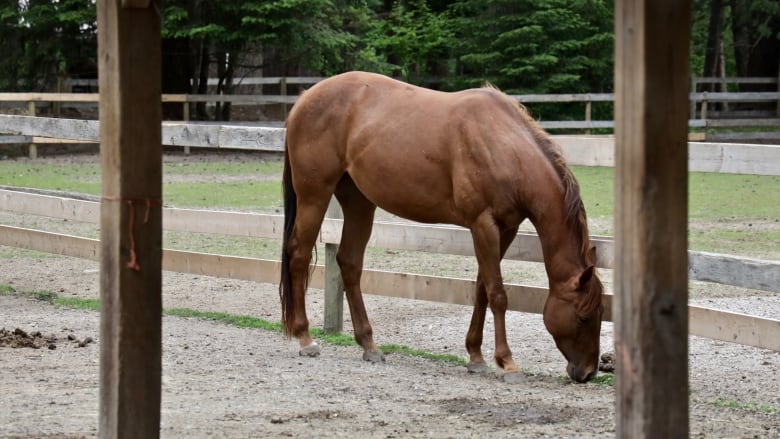 The shortage of large animal vets in northern and northwestern Ontario is creating challenges for farms as well as the region’s agricultural sector. (Rafferty Baker/CBC)

Household pets are not the only ones in need of care; the region’s large animal farms are also severely underserved, Landry explained.

The lack of vet care for animals like chicken and cattle also impacts the agri-food sector and what food sources and supplies are available.

Often students from the Greater Toronto Area are drawn to Thunder Bay to study at a smaller college or university, but then they move back south upon completing their education.

Landry would like to see the government offer incentives to keep these young professionals in the North. She compared the situation to the advocacy for the Northern Ontario School of Medicine University, with the hope that graduates would increase the number of doctors in the northwest.

Financial support is also needed to get the program off the ground and ensure qualified professors are at Lakehead to teach these courses.

“We’re hoping that it attracts local students so that they’ll stay and live and grow their families in northwestern Ontario,” she said. “We really need this.” 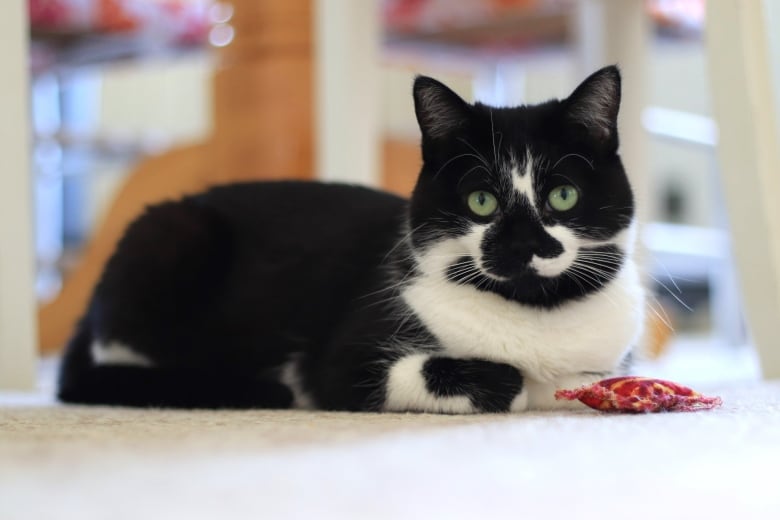 The shortage of veterinarians in northern and northwestern Ontario means some pet owners in Thunder Bay, Ont. have to travel four hours to access care in Dryden, Ont. (Sarah Law/CBC)