Jonathan Ayers has allocated more than $ 20 million to wildcat conservation over the next 10 years.

Jonathan Ayers, former CEO and chairman of Nasdaq-listed IDEXX Laboratories Inc., has allocated more than $ 20 million to the conservation of wild cats around the world over the next 10 years.

Ayers, 64, resigned on November 1, 2019 after a bicycle accident in June that sustained a crippling spinal cord injury.

During his 17-year tenure, the company, an industry leader in promoting the health and wellbeing of pets and farm animals, increased annual sales from $ 380 million to $ 2.4 billion, while its share price increased more than 40 times rose.

He continues to lead the company as a board member and senior advisor.

“When I had my accident and finished my daily chores at IDEXX, I wondered what I was going to do now,” says Ayers. “Wildcats really suit me. I cannot think of a more meaningful undertaking than devoting my passion to protecting these extraordinary animals, the charismatic wildcats of the world. “

Ayers and his wife, Helaine, a “cat person” whose cats are considered family, founded the Conservation Trust in 2018 and donated $ 100,000 annually to wildcat conservation programs.

The $ 20 million pledge will support a number of wildcat conservation programs, with a particular focus on conserving small wildcats that are scattered around the world from Brazil to Borneo to Botswana, including the cloudy leopard, ocelot and black-footed cat 30 other small and little-known wildcat species.

“About 99% of the funding for wild cat protection goes to large cats such as tigers, lions and jaguars. 33 species of small cats only receive 1%,” says Ayers. “Most of them are threatened by falling numbers and endangered habitats. This is where I can have profound effects.” 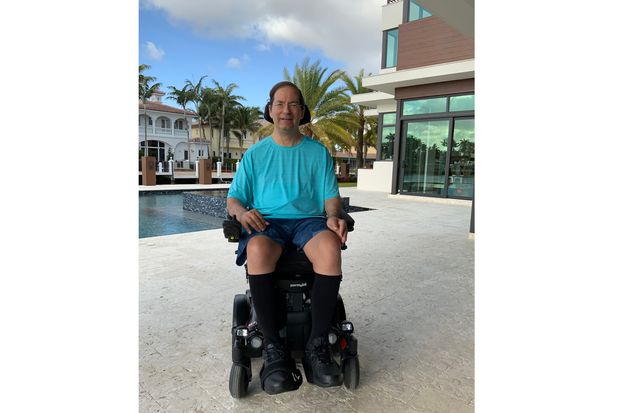 Jonathan Ayers at home in Florida

With a $ 20 million pledge, Ayers became a member of the Global Alliance for Wild Cats, an initiative launched by Panthera in 2014 to protect the world’s most endangered wild cats. Other members are from China, India, Saudi Arabia and the United Arab Emirates. The aim of the initiative is to raise funding of US $ 200 million.

Panthera was founded 15 years ago by billionaire Thomas S. Kaplan and his wife Daphne Recanati Kaplan with the aim of protecting wild cats and their ecosystems worldwide.

Ayers brings Panthera expertise in science, business and financial management and is a member of the organization’s board of directors.