Animal groups say the upcoming CDC ban on dogs from certain countries could result in the deaths of thousands of dogs.

ATLANTA – In two weeks’ time, the Centers for Disease Control and Prevention and the Department of Health and Human Services will no longer allow dogs from certain countries to enter the United States.

They are implementing the ban because the CDC has noted a significant increase in the number of imported dogs with rabies.

“During COVID, dogs were running out, it was a time when everyone wanted dogs to have the perfect time to have a dog,” said Adopt a Golden Director Stephanie Kenney. “Our goal is to find an excellent home for golden retrievers.”

Kenney says they have rescued more than 4,000 dogs from around the world in the past 18 years, particularly from places like China and Turkey where they roam wild and are not culturally considered pets.

An upcoming CDC ban on July 14th will prevent dogs like Remi from entering the US.

“Thousands of dogs will die in a year-long ban,” Kenney said.

According to the CDC, 6% of all dogs imported into the US come from countries at high risk of canine rabies. Inadequately vaccinated dogs are not protected against rabies and pose a public health hazard as the disease can be fatal to humans and dogs. 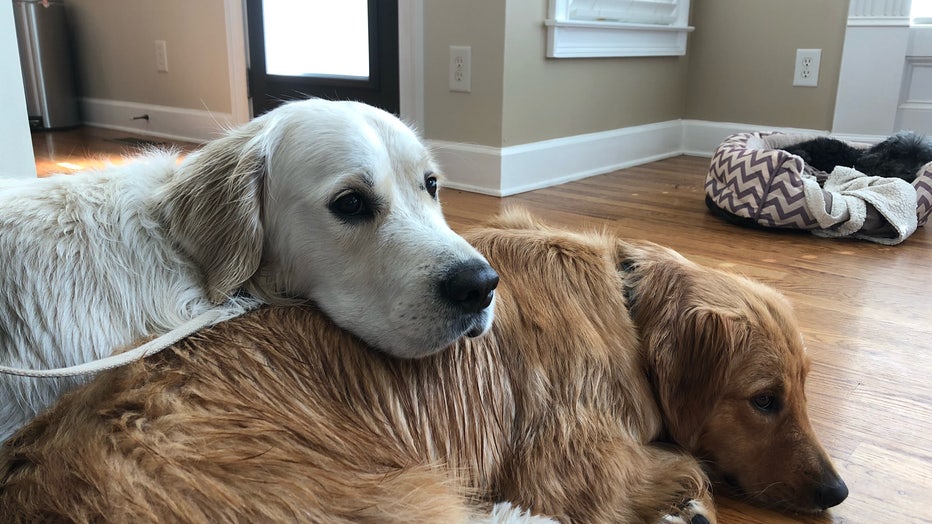 Dogs from high risk countries may only be imported with prior written approval from CDC.

Kenney hopes to get that and more.

“We have formed a coalition to speak to politicians to see what we can do about this ban and get an exemption for taking dogs out of China,” she said.

To voluntarily adopt or foster a Golden Retriever from Adopt a Golden, click here.