The friendliness of a New York nurse warmed hearts online after adopting a patient’s puppy when the owner’s health forced him to put his pet in a shelter.

When 60-year-old John Burley was hospitalized with an illness the day before Thanksgiving, he had no choice but to hand over his beloved dog Boomer to the Rome Humane Society.

Burley was previously a daily patient on the Adult Day Healthcare program at The Grand Rehabilitation and Nursing in Rome, where nurse Jennifer Smith, 41, works. When Smith discovered the heartbreaking breakup, she knew exactly what to do. She adopted Boomer herself.

“She went straight to the Rome Humane Society that day and paid the adoption fee, took him to the vet and went on a shopping spree for groceries, boxes, toys and dog clothes. He’s very spoiled,” Kimberleigh Hare of The Great Rehabilitation and Nursing in Rome said opposite Newsweek.

“Jennifer called the hospital to speak to John to find out about his condition and to support him during this difficult time. John mentioned to her that he was devastated to lose his best friend Boomer. It broke got the heart to think that Boomer would be adopted by strangers and she couldn’t bear to think about what would happen if no one wanted to adopt this cute 13 year old dog. “

Unsurprisingly, Burley was “so relieved” when he got the call from Smith saying that Boomer was in their hands. During his time at the hospital, Smith called daily to provide information on how Boomer had settled in, with the dog happily sleeping in her daughter’s room each night.

When it was finally time to leave the hospital, Burley was told that he needed rehabilitation before he could go home, so no question opted for the Great Rehabilitation and Nursing in Rome. 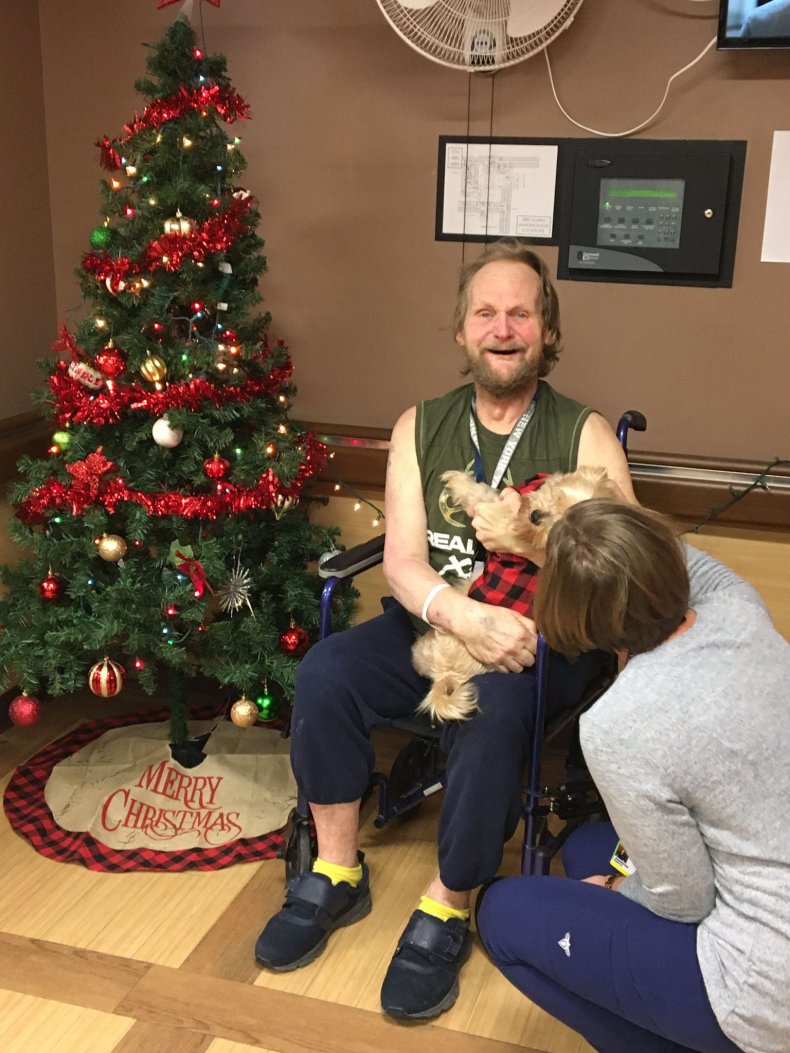 “On the day he was released from hospital, Jennifer Boomer put on his best Christmas shirt and took him to work. John had no idea, ”said Hare.

“When John settled in his room, Jennifer and Boomer went to his infirmary – but I told her to stay out of sight. I asked John if he was up to a surprise visit and he said yes.

“When he saw Jennifer and Boomer come around the corner, he just burst into tears and reached for his buddy. Not a single eye remained dry between residents and staff. He was so happy to see the dog and was so grateful to Jennifer for saving him. “

Now Boomer makes daily visits to Smith, where he has become “the mascot of the adult daily program”.

“We are so incredibly proud of Jennifer’s dedication and selflessness. She provides our registrants with the best possible care and this is just one example of her outstanding commitment.” 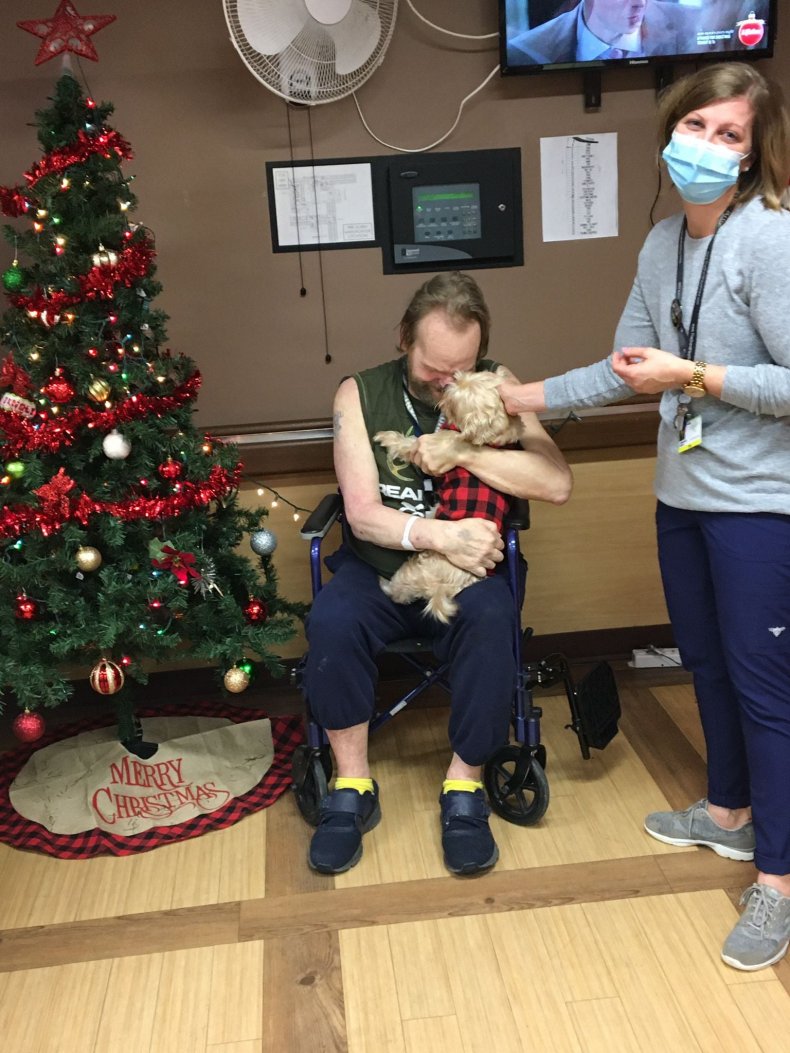