Kaiser is fortunate to be alive after being stabbed so many times in such a sensitive location (Pictures: PA)

A police dog is “lucky enough to be alive” after being repeatedly stabbed in the face with a kitchen knife while trying to fight a suspect.

Kaiser, a Met Police dog, helped PC Mark Woolcott respond to reports of an intruder in a back yard in Orpingdon at around 11 p.m. Sunday.

The two were conducting a search when they found a man behind the house on Luxted Road.

The burglar allegedly left his house with a large kitchen knife and a golf club that he allegedly used to smash the window of a car.

Then he stabbed Kaiser six times in the face and left the officer with a broken wrist. Despite the attack, the brave dog managed to keep the man under control long enough for the officers to reach him.

Fortunately, the blows hit the bones of the Kaiser’s head, so serious injuries were barely avoided.

The vet sewed the German Shepherd and held it overnight. A full recovery is expected from him.

The officer was also injured during the fight and will be sidelined for up to a month while his broken wrist heals.

A 43-year-old man is now imprisoned under the Mental Health Act. 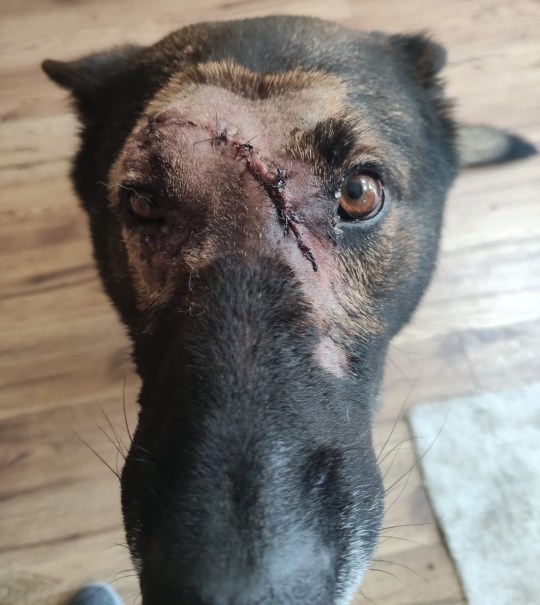 Kaiser was stabbed five times in the head and once under the eye (Image: Met Police) 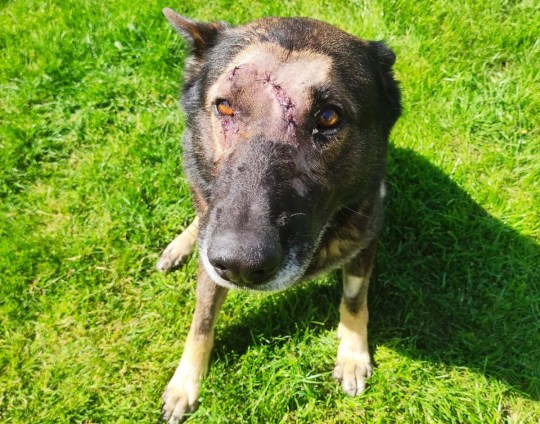 Kaiser had to be stitched and was monitored overnight but was expecting a full recovery (Image: Met Police)

Superintendent Emma Richards said the man “is now receiving the care he needs and a decision will be made in due course as to whether it would be appropriate to pursue a criminal charge.”

She paid tribute to Kaiser and PC Woolcott for their “immense bravery”. 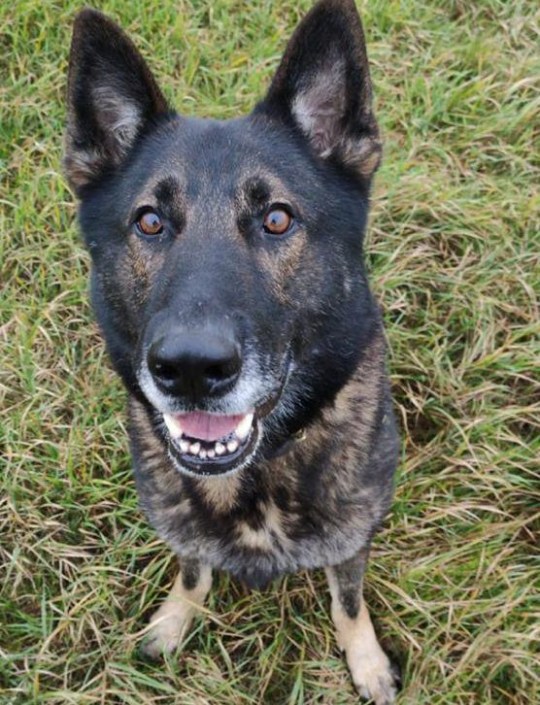 Despite his injury, Kaiser managed to keep the man under control long enough for officers to reach him (Image: Met Police)

She continued, “Incidents where mental health is an important factor can be unpredictable and sometimes dangerous. They make up an increasing proportion of the calls our employees respond to and present a unique set of challenges.

“The events of Sunday evening remind us of the risks our men, women and animals face on the front lines.

“We ask them to take risk and uncertainty every day to keep the public safe and I am proud that they do it with so much dedication and courage every time.”

Contact our news team by emailing us at webnews@metro.co.uk.

For more stories like this Take a look at our news page.