A mystery from Russia: why is the pandemic being taken so lightly in a country where so many people have lost friends or family members to COVID-19? Sports festivals and international dog shows went on as planned this summer while crematoriums were overflowing with dead bodies. Masks are usually viewed as a pesky formality, and people don’t seem shocked by deviating death rates. Death rates differ by over 200,000 between one government agency and another. How big is the problem of the pandemic in Russia? In one important sense, we just don’t know.

What we do know is that the country is headed for a fourth wave of COVID-19, and while the number of cases is rising, the vaccination numbers are not. In 2020, Russia announced Sputnik V as the “first approved COVID-19 vaccine” in the world and launched an effective export campaign: In the first eight months of 2021, international vaccine sales reached over 700 million US dollars. But within the country itself only about 30 percent of the population is fully vaccinated, and most do not want it. The Levada Center, an independent polling institute, repeatedly states that over half of the people surveyed state that they are not afraid of contracting COVID-19. Denis Volkov, director of Levada, explains: “[E]Even if people are concerned and see their friends and relatives die around them, many are not yet ready to be vaccinated because they do not believe the authorities. “

To counter this deep wave of anti-vaccination campaigns, the authorities have tried car raffles, cash prizes and local vaccination regulations. But they face an uphill battle in a country where people tend to view laws in terms of their particular interests. For example, you will play against Sergey Selivanov.

I met Sergei last August in Ryazan – a regional capital with around 500,000 inhabitants, known for its military and technical facilities, and a three-hour drive from Moscow. He’s a dog catcher; I am a legal anthropologist studying regulation of stray cats and dogs. My research isn’t specifically related to the pandemic, but it has led me to see how people work in systems of government that they themselves find dangerously irrational. And for many people in Russia today, that irrationality extends to official guidelines for containing the spread of COVID-19. As Sergey and I drove through his city, in his position I heard echoes of a political mood that I had heard across Russia in recent months. He told me that he and his wife both had Covid-19 and that it made them both terribly ill. But he also told me that he is against the vaccines: he doubts their effectiveness, their safety, and he doubts that the government’s vaccination campaign is being driven by good intentions.

Sergey’s doubts touch news and rumors on social media and explain his lack of confidence in the fairness and trustworthiness of the Russian government. “When someone tries to organize a political meeting,” he said, “suddenly there is COVID. But if they want to hold ceremonial parades – no COVID? ”Nowadays, the hesitant vaccination in Russia is often attributed to a total distrust of the state – and this distrust is not entirely unfounded. Sergey and I discussed the massive public festivals St. Petersburg was hosting this summer when the Delta tribe was raging, and we discussed how his local clinic diagnosed his tell-tale COVID symptoms as “acute bronchitis”. We both agree that official statistics cannot be trusted. This opinion is widespread in Russia today and is shared by biologists, demographers, journalists, doctors, even St. Petersburg’s ombudsman for human rights. Not only do two government agencies publish radically different figures, but an independent analysis gives rise to doubts about both. Similar statistical ambiguity and lack of transparency have delayed the World Health Organization’s approval of Sputnik V for emergency use, despite reputable studies showing the vaccine to be effective and safe.

I am vaccinated with Sputnik. I have high antibody levels and I haven’t been sick. Sergey is neither vaccinated nor intending to be vaccinated. He is decidedly against it. If he was subject to a vaccination mandate, he told me, he could go to court. But while the question of COVID-19 vaccines often divides people into irreconcilable camps – pro and anti – I don’t think Sergey is crazy to doubt it. In his view, the vaccine is not a question of collective immunity, but of legal pressure. And Sergey knows firsthand that laws today often lead to unsafe and unhealthy worlds.

As a dog catcher, Sergey works within the limits of a law, the logic of which he himself considers terrible. This federal law N498, passed in 2018, is the focus of my studies, the reason why I came to Ryazan. It orders stray dogs and cats “ownerless” animals and forbids them to be euthanized. Instead, it mandates that such animals be captured, neutered and put back on the streets or kept in kennels until they die of natural causes at the expense of regional households. But Canis Lupus Familiaris is a pack hunting predator. Free-roaming dogs destroy private property, kill pets, spread disease, and terrorize and attack people. In turn, to protect themselves and their communities, people often brutalize street dogs. Sergey has a dog at work that he and his colleagues are trying to figure out what to do with: they went on call to catch them and met neighbors who swore to kill them if they got them around to see you again in your building. “She’s a nice dog,” said Sergey, “but she eats cats.” Sergey feels sorry for the dog, the neighboring cats and their owners, for the whole situation. But the law requires his company to leave the dog where it caught him – and laws are to be expected, even if they are irrational. 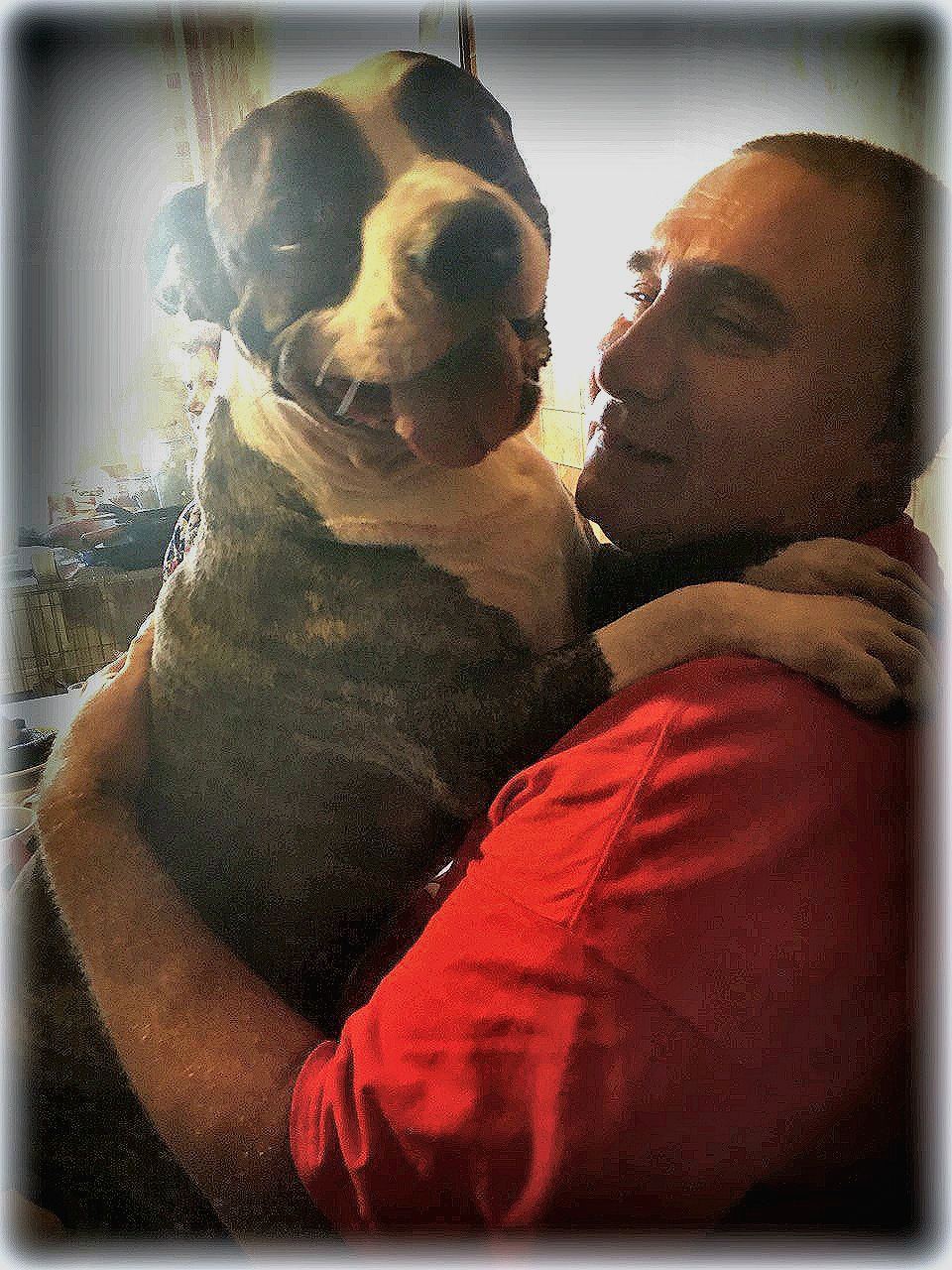 As we drove, Sergey and I discussed hideous cases from many regions of Russia: young children beaten to death; Seniors dismembered and sometimes eaten near their own homes; adult men and women attacked, mutilated, killed. We discuss how President Vladimir Putin has claimed that street dogs are an “inalienable part of the urban ecological system” and how the state began to give medals “for bravery” to people who saved their fellow citizens from dog packs. As a retired military dog ​​handler, Sergey is well informed about the risk of zoonosis in dogs, especially when it comes to the spread of echinococcosis and rabies. He has two dogs at home. Every year he vaccinates and deworms them and provides their veterinarian passports accordingly. But legally “ownerless” dogs only get a rabies vaccination before they are released; he couldn’t vaccinate her again if he wanted to. Federal Law N498 makes it illegal to recapture a tagged dog. And maybe “let loose” isn’t the best way to put it: these dogs sometimes chase your car blocks when it leaves it. So they feel sorry for him too. It would be better to throw them away, he argues – if not for this stupid law that forbids euthanasia.

For many people in Russia today, the law is a web of regulations in which they seek loopholes to protect themselves and their social collectives from truly dire consequences. Some people, like Sergey, see the irrationality of this network in the rules governing animal husbandry. Others see it in other spheres. People complain that at work they were forced to cast their vote. They laugh at the State Duma – also known as “the mad printer” – for the quality and quantity of the new laws it is making. Some people are outraged by new laws branding politically dissenting citizens and independent media organizations as “foreign agents”. Some are demoralized by tax and investment incentives that allow companies to sell the country’s natural resources for private profit while small Russian towns scrape past Soviet-era infrastructure. Some are outraged by zoning regulations and government systems that allow trout fisheries to pollute their waterways, build landfills near their cities, and strip their forests of their wood. In any such case, the law is viewed as something of practical force but little moral significance: not an embodiment of the common good and often a threat to the common interests.

Legal systems create a certain mystical power that, when it works, leads people to believe that the rules of our social worlds are not only compulsory, but also reasonable, even fair. But this aura of justice must be a quality of the legal system itself; it does not adhere to certain regulations in patchwork. In the face of a fourth wave of infections, top state officials have again called for people to be vaccinated as soon as possible. But their constituents don’t believe them. For people like Sergey, the policies that govern his country are not inherently sensible. So when the state talks about vaccinations, Sergey thinks of the practical strength of the law: he thinks about which regulations could force him to vaccinate, according to whose will, in whose interest and with what personal consequences. The widespread distrust of government motives, communications, and laws even extends to perfectly reasonable policies and regulations: People would rather take their risk with COVID-19 than accept a government-sponsored vaccine because they believe it their country is not sensible or ruled fairly. And that’s something that neither the bait of car raffles nor the threat of vaccine mandates will fix.