“He made the cat his own,” HG Wells once said of Louis Wain. “English cats who don’t look and live like Louis Wain cats are ashamed.”

A hundred years ago, Wain was a household name, his instantly recognizable drawings of anthropomorphic cats appearing in books, magazines, and postcards.

Eventually hospitalized for schizophrenia, the eccentric artist continued to make many drawings of happy and often eccentric creatures, and his work demonstrated the therapeutic and invigorating effects that being close to animals can have on a person’s mental health.

Now the Bethlem Royal Hospital, the world’s oldest psychiatric hospital – most commonly known by the nickname “Bedlam” – is hosting a major exhibition on the life and work of the artist who spent many of his days there.

Animal Therapy: Louis Wain’s cats will be on display at the Bethlem Museum of the Mind in south east London from December.

The exhibition includes works such as A Cricket Catastrophe, with anthropomorphized cats in a scene of great excitement, and Patent Cork Screws – an experimental, abstract sketch of cats as corkscrews.

Also on show are Cats’ Christmas, Carol Singing Cats and Cats with Plum Pudding – which Wain painted directly on mirrors as part of the Christmas celebrations in Bethlem and which remained in the hospital when he left in 1930.

Rebecca Raybone, Registrar at the Bethlem Museum of the Mind, said, “Louis Wain loved cats, and cat lovers loved Louis Wain.” The artist’s later life, she added, “can be seen as a colorful, compelling argument for the possibilities of animal therapy and the enduring ability of animals to be seen to lift human spirits.

“I hope that the exhibition shows the influence cats have on Wain’s work and how they are connected to his personal life and artistic success.”

Colin Gale, the director of the Bethlem Museum of the Mind, said the exhibition had put together a carefully selected selection of Wain’s works that had never been shown together and were unlikely to come together again. 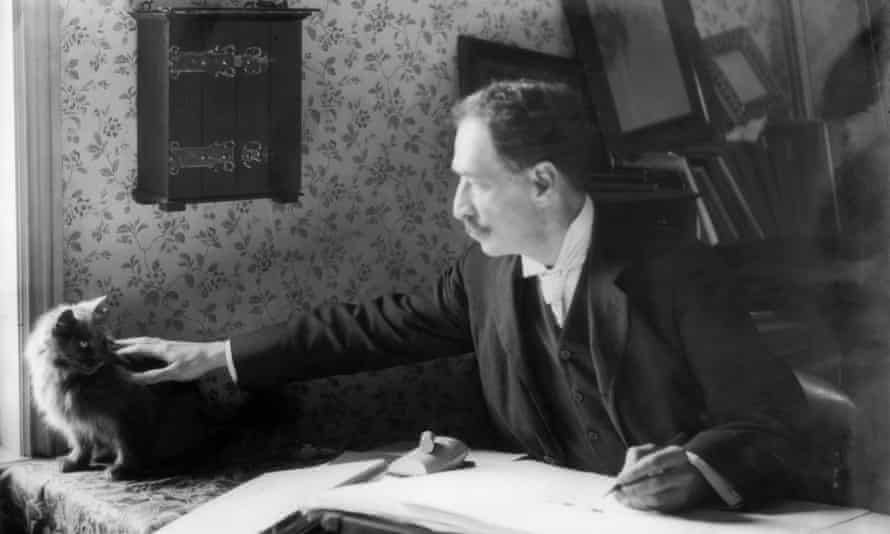 “The visitors are rewarded with a fascinating, lively and mood-enhancing show. Wain’s pictures made him a household name in his lifetime, and we hope we can do our part to make him known again, ”said Gale.

The exhibition coincides with the release of an upcoming film on Wain starring Benedict Cumberbatch, Claire Foy and Toby Jones, with a cameo of Nick Cave as HG Wells.

The Electrical Life of Louis Wain follows Wain (Cumberbatch) from the late 19th century. In this way, Wain hopes to better understand his own life and the love he shared with his wife, Emily Richardson (Foy).