An Arkansas family was finally reunited with their dog, who disappeared a decade ago after an animal rescue group discovered their pet was 1,600 miles away thanks to a microchip.

Razzle, a black miniature schnauzer, was missing from the Howard family home in McRae town in 2011.

A video of the touching scene was posted to Facebook on Friday, showing Razzle’s long flight and journey home and the moment he was reunited with his family.

“A little older than you probably last saw him,” Rescuer Jeremy Wade said to the Howards as he took the dog out of its crate in the little single-engine airplane.

‘It’s Razzle!’ he exclaimed as soon as Rhonda Howard came up to him.

The family then hugged the long-lost puppy, who was eventually found in Stockton, California, 1,600 miles from where he went missing from his family’s home in the Ozarks in 2011.

Razzle was then taken to a local animal shelter at some point where his health had deteriorated significantly and his “medical condition was so vulnerable” that he would not have survived a commercial flight as animal cargo, according to Wade.

Wade, a local animal lover and pilot, agreed to fly him from California to Arkansas to reunite him with his family. On Tuesday, Vickey Langley and her sister Rhonda greeted him with a tearful reunion.

“Getting Razzle back meant the world to our family,” Langley, who microchipped Razzle for her sister Rhonda Howard in 2005, told the news agency.

“We were overwhelmed by the kindness of all of the people who helped bring him home.

Scroll down for video

Pictured: Rhonda Howard reunites with Razzle, who went missing from the family home in 2011 and showed up across California where he was discovered at an animal shelter 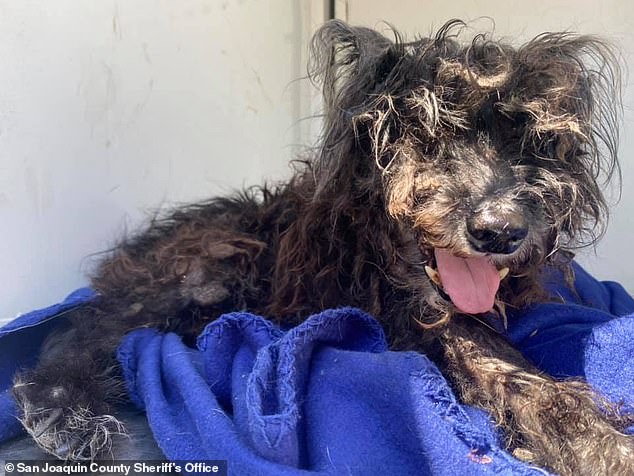 Razzle went missing from the Howard family home in McRae City in 2011. Pictured after his recovery 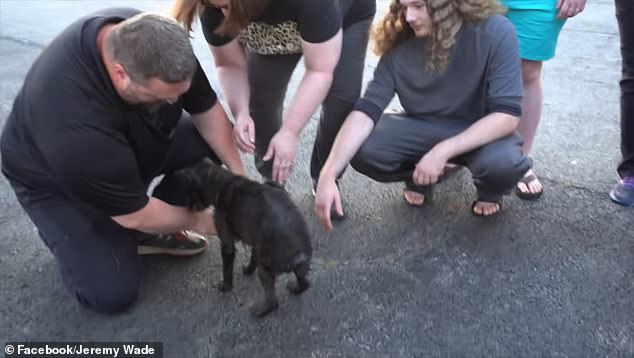 The Howard family were reunited with their lost dog after a 10-year gap on Tuesday after embarking on an incredible 1,600-mile rescue mission to bring the pup from California to Arkansas 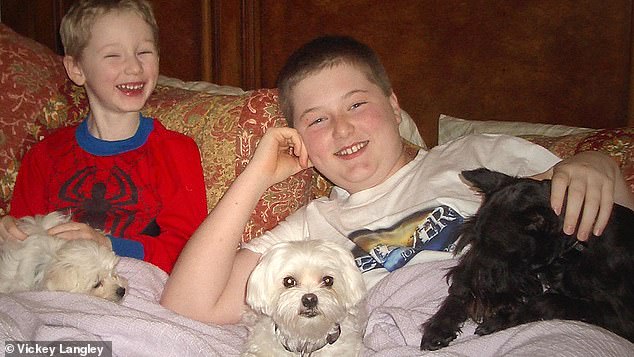 Simon and Seth, then 5 and 12 years old respectively, and their dog Razzle (right) before the puppy disappears. Now, at the age of 18 and 25, the two boys were able to hold onto him again

A few days ago I had the privilege of helping the dog Razzle get home after being lost from his family for 10 years. See previous post for details; Here is the 2 minute video I made of the trip myself and the time I got to spend with it.

“It was so wonderful to reach in and lift it out of the box so they could see it for the first time,” Wade told Fox News.

“I would just like to think of myself as a very small part of a very important chain that is doing everything it can to reduce the numbers of homeless or neglected animals out there,” Wade told Fox News.

Razzle had ‘received many vet visits … when they were trying to stabilize his health a little’ for the long journey home.

“His health was in poor health when the shelter found him,” said Wade of the start of Razzles dramatic mountain rescue. 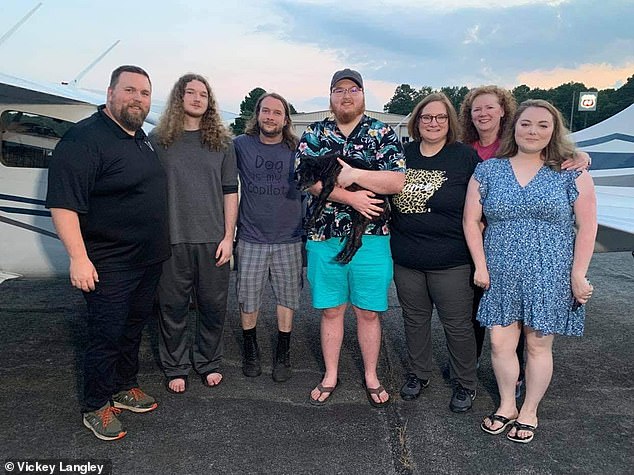 Pictured: The Howard family reunited with Razzle after the dog’s owners were identified through a microchip scan 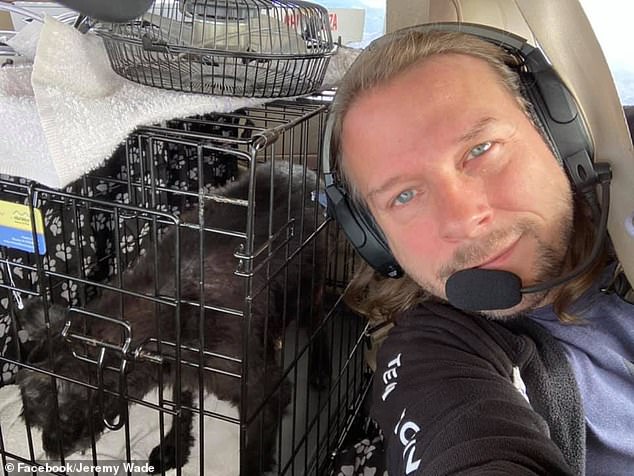 Wade said the dog’s “medical condition was so fragile” that it would not have survived a commercial flight as animal cargo, so he offered to fly Razzle directly to his home himself 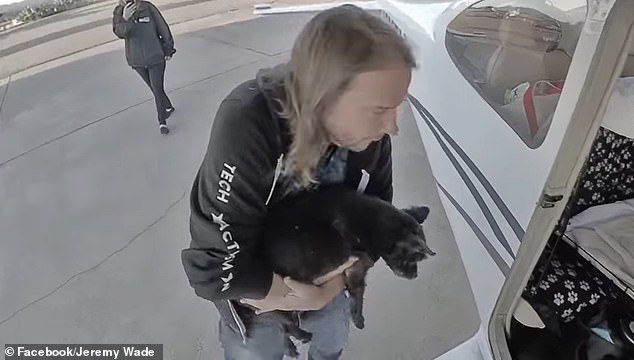 Wade is a dog rescuer and amateur airplane pilot with the Pilots N Pups rescue group, which reunites lost dogs with their owners across the country

‘It is generally impossible to get to Arkansas without a stop, unless [you’re] go to XNA [Northwest Arkansas National Airport] in Fayetteville, where they sometimes have direct flights, ”said Wade.

Their journey began at around 3:30 am on July 6th when Wade flew from San Carlos, Southern California to Stockton, Northern California, where Razzle was waiting for him at the shelter.

After a five and a half hour flight to Santa Fe, New Mexico for a refueling stop, the two continued the journey for another five and a half hours to Heber Springs, Arkansas, the city by the way, the Wade grew up where Razzles family was waiting for their arrival.

“And so it was a pleasure for me to be a part of bringing him home,” he said.