Mao’s Bestiary: Medicinal Animals and Modern China by Liz PY Chee was released in May 2021, while the COVID-19 pandemic was continuing its deadly run worldwide for the second consecutive year.

There was palpable anger against China and the Chinese people since the new virus had seemingly emerged from the Huanan seafood market in Wuhan, Hubei, in 2019, where all sorts of fauna were sold.

Chinese medicine has always advocated the use of animal parts. Bencao Gangmu, written by Ming period physician Li Shizhen in the 16th century, lists 400 animals that can be used as “medicine”.

But this list of “medicinal animals” grew to 2,341 by 2013, says Chee, quoting the third edition of the state-sanctioned journal Zhongguo yao yong dong wu zhi (Medicinal fauna of China) released that year. What changed? Well, that is the subject of this book.

Chee focuses on a hitherto neglected period of China’s history, as far as animals in Chinese medicine are concerned. From the start of the Communist government under Mao Zedong in 1949 to the end of the first decade of the country’s economic reforms under its foremost leader Deng Xiaoping in 1989, Chinese medicine was pharmaceuticalised. These 40 years led to animals being used on an industrial scale, and the country producing and marketing medicine on an industrial level, within China as well as outside it.

The foundations of the Chinese state-controlled pharmaceutical sector were laid between 1950 and 1957. Communist China’s immediate goal, as far as medicines (and other sectors, too) were concerned, was to become self-sufficient.

Chee notes how the fledgling state drew on influences from all sides — the preceding Republican period, Western and Japanese research. The emphasis in those early days was more on herbs, rather than animal tissue, writes Chee. Conditions that would eventually lead to animals being used on an “industrial scale” were building up.

One was China’s dalliance with the Soviet Union. Both “brother countries”, writes Chee, shared a common border and subsequently, similar floral and faunal populations. Both also shared an interest in medicinal uses of animals.

Both also wanted to make versions of Western drugs using local substitutes. China and the Soviet Union collaborated on the farming of deer to use antlers as medicine, as well as of ginseng, a prized herb.

It was with the Great Leap Forward (1958-1962), that industrialized production of animal-based medicine really began.

This was the period where the Chinese communists devised mechanisms to accelerate industrialization and tried to involve the country’s huge rural population to face its industrial and agricultural problems.

“The ideologically driven increase in production quotas during these years affected all sectors, including drug production, which in turn focused more attention on animal tissue as an underutilized medicinal resource,” Chee notes.

Even those species that had not been targeted commercially were being used now. Sharks (for oil), musk deer, seahorses, ground beetles, scorpions, snakes, all began to be farmed in this period.

Perhaps the most engaging of the book’s five chapters is the fourth one. Its 40-odd pages tell the story of Chinese medicine during the Cultural Revolution (1966-77) when folk remedies were experimented with and “innovated” upon.

The results were bizarre. People injecting themselves with chicken blood, wrapping their wounds with toad heads, drinking the raw blood of geese and ducks, all “part of a growing movement to find cheaper alternatives to biomedicine, and potential ‘miracle cures’ in previously neglected animal tissue,” Chee notes.

The last chapter tells the tale of how the rampant poaching of tigers, rhinos, pangolins and other species that we see today came about. The reason: Deng Xiaoping’s decade of reforms of 1978-89. Animals and their body parts became even more commercialized at this time.

Chee writes: “In his projection of the future for animal drugs, college student Chi Cheng wrote in 1989, ‘As long as there are animals, one can find a medicinal use for every part and tissue.'” 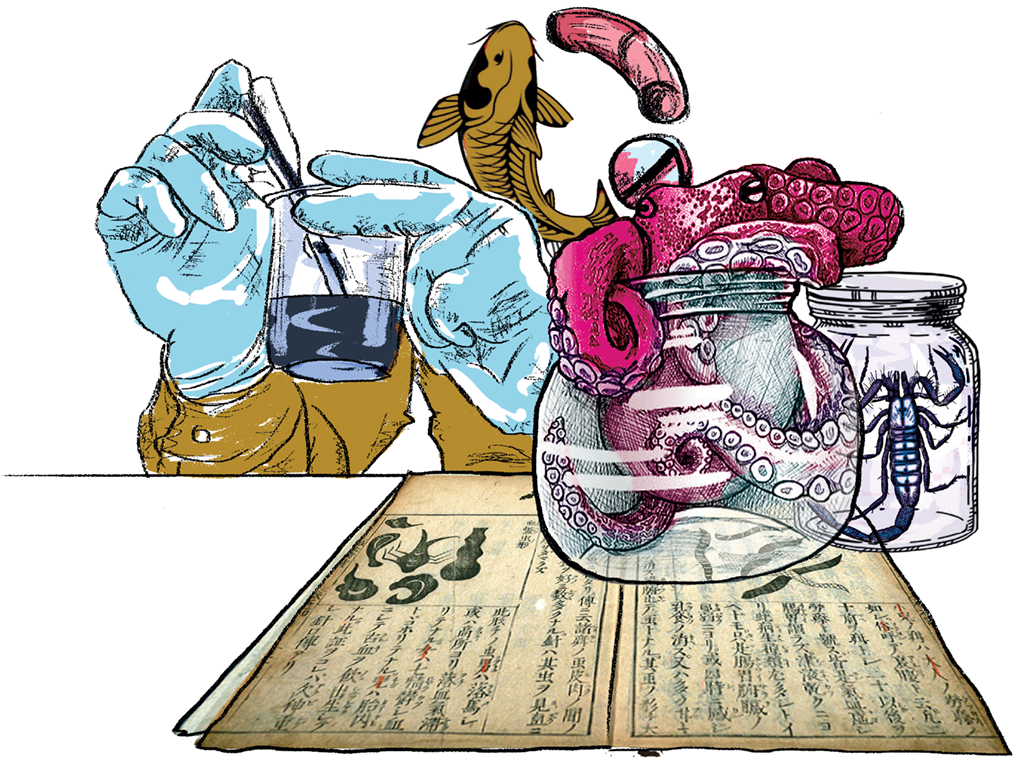 The most emblematic animal of this period was the bear, which was farmed for its bile in the country, showing that Chinese medicine of today is not the one that was practiced years ago.

The use of bear gallbladder as a medicine was first recorded during the Tang period (618 to 907 CE) and was thought to cure a handful of diseases. Today, some 40 years after Deng’s reforms, bear bile is branded as the very elixir of life in the country’s popular culture and is the go-to medicine for every ailment.

Chee’s work thus presents the nuances that most people on either side of this very acrimonious debate would otherwise miss: Chinese medicine may be quackery or a living world heritage, but it is certainly not what we see today.

Finally, a disclaimer: Among those angry at China for COVID-19 was this reviewer. His interview of US-based surgeon David Gorski, who called Chinese medicine a global threat, is cited by Chee in the book (‘Chinese medicine’s use of animals a threat to entire world’, April 7, 2020, Down To Earth).

This reviewer, after going through her book, notes with regret that his anger has been misplaced. Yes, Chinese medicine is a threat to the world. But it wasn’t always like that. It has become one only in the last century.