Figure 1: Cryogenics is the primary use of industrial helium.

When asked about the challenges facing the veterinary industry, few people will jump straight to a helium shortage. Industrially, helium is primarily used in cryogenics (Figure 1), cooling down machinery to allow proper usage. This includes high-field MRI machines, used throughout the veterinary industry to detect causes of foreign bodies, seizures, spinal pain, and behavioral changes in companion animals. These machines use liquid helium to cool the super-conducting magnet, which creates the strong magnetic field strength required for clarity and consistency while imaging.

Unfortunately, considering all its practical uses, helium is surprisingly difficult to come by. Despite being the second most abundant element, making up approximately 24 percent of the atoms in the “known” universe, terrestrial helium is a nonrenewable resource. On Earth, helium is created when radioactive elements decay over thousands of years and is collected alongside natural gas to be separated and liquified for commercial use. However, our extraction and usage of helium is outpacing its natural synthesis by centuries.

“Not many people realize the implications of decreasing helium supplies reach far beyond the balloons at children’s birthday parties,” says Steve Roberts, chief technical officer at Hallmarq, a manufacturer of veterinary MRI machines and other imaging equipment.

Helium is also lighter than air and nonreactive, making it naturally float through the atmosphere and out into space unless it is properly contained or converted and maintained in a liquid state. Recycling helium would require a method of atmospheric containment or retrieval from space. The technology to achieve either is currently unavailable. Even if such advancements were made, it would be outrageously expensive to develop and utilize helium in this way.

After the discovery of helium in 1868, several industries quickly realized the vast potential of this newfound element. To control and preserve domestic helium gas extraction, the US government enacted the Helium Act of 1925 to institutionalize all helium production and storage, while prohibiting any exports of American helium. This act also established the National Helium Reserve in the Cliffside Storage Facility near Amarillo, Texas, for strategic storage of this non-renewable resource. For historical context, helium played a crucial role in each of the world wars, the space race, and the Cold War.

Helium began making an impact in the veterinary industry in the mid-1980s when MRI machines started becoming part of the clinical experience. Initially, the machines were only used for research, but usage quickly grew. Today, an estimated 150 small animal hospitals domestically rely on MRI machines, and a consistent supply of liquid helium, to provide diagnostic imaging.

A few years after helium made its way into the veterinary space, the Helium Privatization Act of 1996 was passed to combat the Cliffside Storage Facility’s growing debt problem due to the high cost of helium extraction and storage. While selling the nation’s helium reserve for decades to private companies alleviated the federal financial burden, most of this helium was sold using a formula-driven price rather than auctioned, which resulted in prices well below market value. This strategy created a false economy by encouraging the overconsumption of helium, along with discouraging new helium production.

The US still produces most of the world’s helium, with Algeria, Australia, Canada, Poland, Qatar, and Russia contributing as well. New plants are being established in Qatar and Russia. However, a 2022 Gasworld article by helium market consultant Phil Kornbluth predicts supplies will not fully rebound until 2024. Kornbluth refers to this current crisis as “Helium Shortage 4.0,” and cites, “declining or unreliable production from existing sources…and the delay of new sources” as the causes of this and the previous two major shortages.

Further, a 2022 Physics Today article quotes Kornbluth as saying, “Of the five major helium suppliers—Air Products and Chemicals, Air Liquide, Linde, Matheson and Messer—all but Air Products have declared force majeure and are now rationing their customers to 45 to 60 percent of their contracted amounts.”

Declaring a “force majeure” indicates there are extenuating circumstances outside the supplier’s control that prevent contracts from being fulfilled as requested, which does not bode well for any industry reliant on a steady supply of helium.

Kornbluth is hopeful the helium industry will return to a temporary normal in the next year or two, with contracts being fulfilled as initially expected. However, with four major shortages in the last two decades, another will likely surface soon. Extracting and storing helium is a complicated process that has often led to the outages and delays that, coupled with depleting reserves, create the shortages and increased prices.

Whether mining in the current way continues or not, the helium supply will run out eventually, and creating helium artificially is physically impossible. Estimations of the helium depletion timeline vary, but Anne Marie Helmenstine, PhD, predicted in a 2019 ThoughtCo. article, current usage patterns could cause us to run out of helium within 30 years. 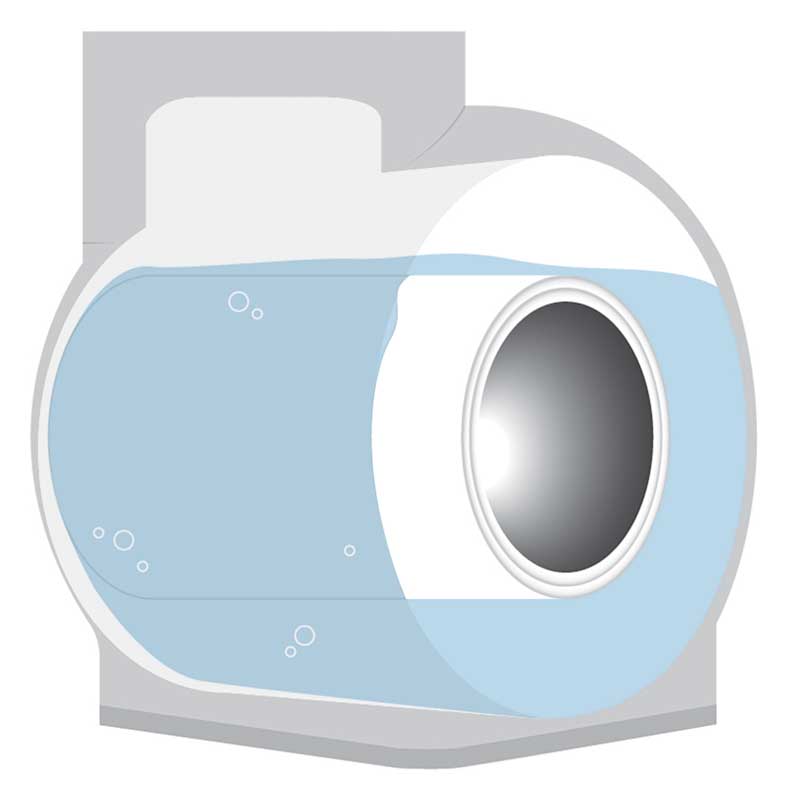 Figure 2: In this rendering, an MRI drum is surrounded by liquid helium to keep the magnet cool.

Plummeting supply has caused helium prices to soar. Liquid helium, the state in which it is used to cool high-field MRIs, has gone from $17 per liter in December of 2017 to between $65 and $70 per liter in June 2022.

Conventional high-field MRIs require 1,500 to 2,200 liters to properly cool MRIs and most older machines require refills every six months to replace helium that naturally boils off with use. With a force majeure currently in place for most of the global helium supply, the possibility of further shortages and the increasing scarcity of helium as a resource with priority going to human applications, even veterinary hospitals that can afford the raised price of helium may not be able to get it.

As in human medicine, MRIs provide crucial information about the structural causes of disease in small animal patients, with greater contrast between bone and soft tissue than an X-ray or CT scan, as well as multi-planar imaging and the ability to image all parts of a patient’s body. Not having access to this valuable resource is a detriment to veterinarians and small animal patients in an industry already reeling from a labor crisis and residual challenges of the COVID-19 pandemic.

For veterinary hospitals already using high-field MRI machines or those considering them in the future, reliance on helium to keep them functioning does not look like a sustainable model for the future. No matter what the exact expiration date on the global helium supply is, the ticking clock and market volatility are making MRI machines that depend on helium coolant (Figure 2) a potential liability.

“There are alternative cooling mechanisms to create a super-conducting magnet that does not use liquid helium. Utilizing such cryogenic technology gives us the best hope for keeping important imaging equipment functional,” says Roberts, whose company, Hallmarq, developed a new-to-market helium-free MRI scanner. “The new third-generation system uses very high vacuum technology and a conduction-based cooling system that does not require any helium, quench pipe, a conventional external chiller or any additional power. It combines the proven efficacy of the second-generation machine with a more sustainable cooling system to maintain consistent operability.”

Newer technologies, machinery and equipment, such as a 1.5T MRI that does not require helium, mitigate the risks associated with cost and supply issues, which is why this is one of the many important steps the veterinary industry can take to combat the shortage. Action taken now can both delay the impending helium crisis and better prepare the dozens of industries reliant on helium, including veterinary, for when it eventually hits.

Katie Robertson is a Milwaukee-based writer who specializes in a wide range of veterinary topics including imaging, pharmaceuticals and clinical diagnostics. She regularly works with veterinarians to provide the industry with the most accurate and relevant insights.