TYLER, Texas (KLTV) – Multiple Henderson County fire departments battled a grass fire on County Road 2813 that spread to an RV and a home Friday afternoon. One person was injured, and a dog died in the fire.

According to a post on the Payne Springs Fire Rescue Facebook page, PSFR volunteers assisted the Eustace Volunteer Fire Department with the fire. The other agencies that responded to the fire included the Gun Barrel City VFD, the Caney City VFD, the Log Cabin VFD, the Malakoff VFD, UT Health EMS, the Eustace Police Department, and the Henderson County Sheriff’s Office.

The cause of the fire is being investigated by the Henderson County Fire Marshal’s Office, the Facebook post stated.

While crews were still at the scene of the fire on CR 2831, PSFR rescue was dispatched out to a grass and woods fire on the same road.

“Brush trucks and tankers were released from CR 2813 and sent to this fire,” another Facebook post stated. “Crews were able to quickly contain the fire, and no structures were damaged.” 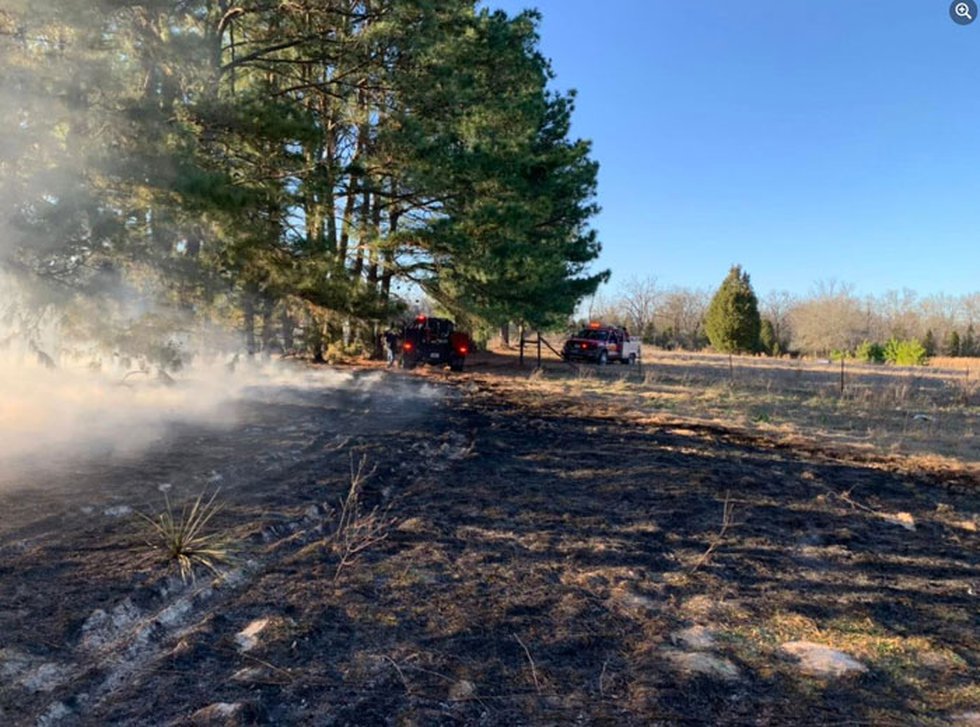