Since she was young, animal abuse has always been one of her main concerns. However, what Nuria Querol, 47 years old, It was never expected that at some point this would happen Collaborate with the FBI to declare animal abuse a federal crime in the United States. It all started with the decision to cross the pond to live in American territory specifically the state of Virginia. “I have studied criminology, criminal profiling, and serial homicide investigation by one of the most important criminal profilers out there,” he tells EL ESPAÑOL.

For him, being able to live in the area where the CIA headquarters is located, at Langley, or at the FBI Academy, Quantico, was a huge inspiration. “Who was going to tell me years later that I would meet so many FBI agents and they would teach me and cooperate with them on so many cases?” add. However, despite his prosperous stay, his own intuition and that of his parents pushed him to return to Spain to complete his medicine degree, which brought him back to Barcelona. “I came back, I finished my degree, I started practicing, but I still had the bug.”

For this reason, while he continued his investigative work and was part of the criminal profiling group of the University of Barcelona, ​​he continued to travel to the United States regularly because of his interest in a group of experts in animal abuse: The NSA, or better known as the National Sheriff’s Association. In 2014, in Phoenix, when, at a meeting, he met John Thompson, CEO of the organization and who introduced me to the team.

Nuria Querol during one of their meetings at the National Sheriff’s Association.

“For logical reasons, They do not invite anyone to be part of the committees where they discuss security issues. This is obvious, because things can be filtered. However, I was lucky that he invited me to be a part of those meetings,” says Nooriya. The main reason for the invitation is due to Thompson himself. I knew Nuria’s career And he valued the fact that Catalans knew and respected his work.

“Especially in the United States, where they may feel judged or questioned, They saw that I didn’t have those prejudices”, add. From that moment on, Nuria began to become another in the meetings of the Committee Against Animal Abuse of the National Association of Sheriffs, where she claims to be at the most important moments of her professional career.

Especially he remembers one with special affection. This happened during the organization’s winter meeting in January 2015. In that occasion, The then director of the FBI, James Comey, was part of it and declared a milestone that would mark a before and after Regarding animal exploitation in the country. “He talked about three topics: immigration, terrorism and animal abuse. And he didn’t say much anymore. That was wonderful,” he says.

From that moment on, the FBI will continue to change the classification of animal abuse incidents, They are going to consider it as a crime against society. “We had to keep our composure, everyone was very professional, but inside we were all excited. We lived through it a lot, it was great”.

Nuria Querol during a meeting of the National Association of Sheriffs.

However, this hasn’t been the only milestone with which Nuria can be proud to contribute to her acceptance. Another great improvement that it has seen has been The ‘Farm Bill’, which will be a revolution in the way victims of domestic violence are treated with pets.

“We did a lot of work on the issue of including animals in the safety orders, because When they entered a foster home, the animals were not admitted, they did not enter. We found women sleeping in cars or on the street, with more exposure to them,” he explains. Since then, thanks to this new package of measures, solutions to this type of problem have been discovered. 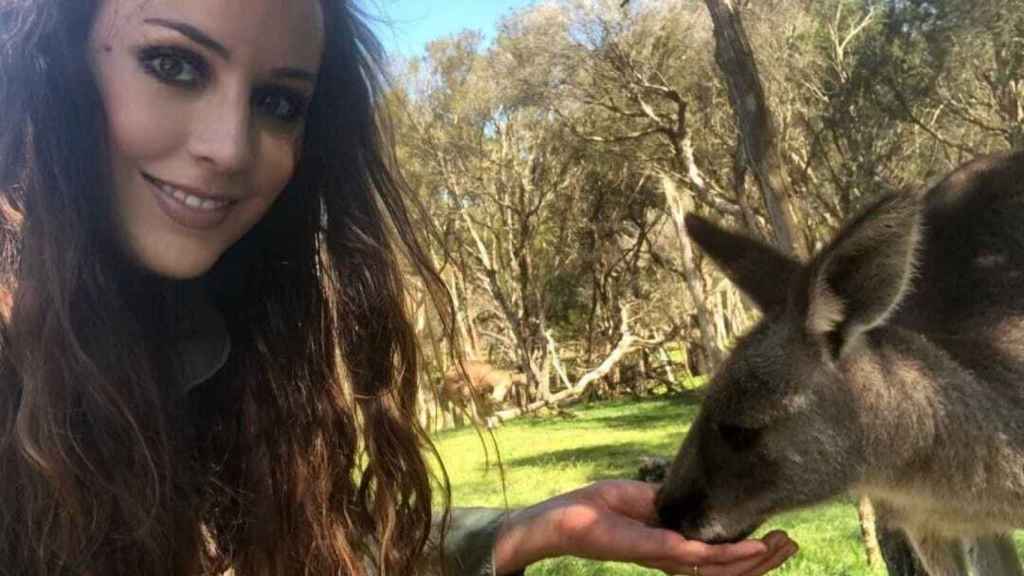 Nuria Querol poses next to a kangaroo.

United States under the magnifying glass

Despite achievements in the United States in terms of animal protection, Nuria believes that there is still a long way to go in American territory. policies like pet friends implemented in some state shelters such as UtahThere has been a breakthrough for animal advocates.

“They are models of extraordinary and very cool shelters”, Nuria assured. However, the fight against the privileges of hunters is one of the main objectives of animal rights groups, especially Fight against the obsession with the carcasses of certain species as trophies.

“Yellowstone in Wyoming has had problems too. You meet people who enter supermarkets with a gun they carry on the back of their pants, They take it in the most normal way. Those are some mindsets in those states that cost little to change,” explains Nooriya. In fact, as they say, there are specimens that because of their age or characteristics have left Yellowstone’s borders and are killed by poachers. “It’s a mindset that is desperate”, Grievance 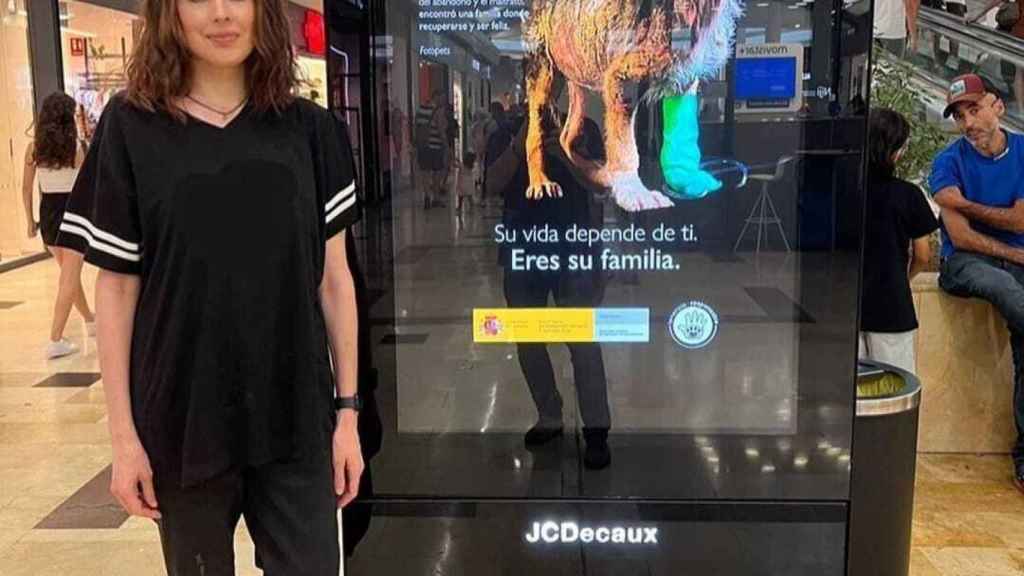 Núria Querol stands next to a poster for an animal protection campaign.

Spain as a great reference

Recently, the Council of Ministers has approved in the second round New animal welfare law. An achievement, as Nuria points out, is a great progress. In fact, Spain is a leader in animal protection compared to other countries in the world. “It is the only country that has a program to help victims of gender violence over their pets. Victims can stay in foster homes until they recover and then they can return to their animals,” he says.

it’s about the program ‘violet’, An initiative approved in March 2020 that works closely with the Ministry of Equality to create a network of safe spaces for these animals. “While it is true that Spain and Europe have much to improve, it is better to compare it with the United States. Spain is ahead in some respects.” 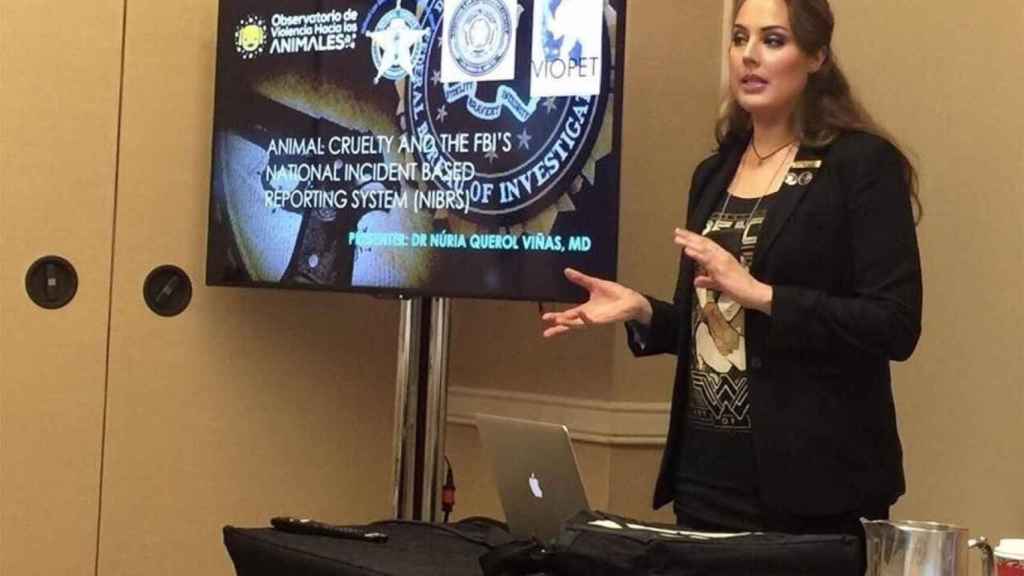 Nuria during a talk on animal protection in the United States.

However, despite the fact that Spain can be considered a leading country in the defense of animal rights, Nuria firmly believes that a step forward should be taken, especially with regard to the wording of the Penal Code. “The wording says that veterinary treatment is needed to be considered animal abuse. An animal can be abused without injury. Abuse can happen without necessarily causing injury or they are not observable at the time. Sometimes there are wounds or injuries that are not clearly visible, such as with internal hematomas. This greatly complicates the situation.”

In the meantime, Nuria will continue adding to her work doctors, teachers and researchers of the Criminal Behavior Profiling and Analysis Unit at the University of Barcelona in collaboration with the National Association of Sheriffs and the FBI. Its aim? Take the protection of animal rights to the top.