Dogs cannot tell us that they crushed their training. This is where intelligent collars come into play.

Collars with GPS are nothing new. But earlier models were designed for tracking work or sport dogs in the field, and their bulkiness and unwieldy antennas weren’t exactly consumer-friendly.

Over the past few years, however, several new companies have improved the concept and repackaged it for the average pet owner. There are several on the market (Fi, FitBark, Whistle to name a few) and they are all waterproof, rugged, yet lightweight devices with GPS, WiFi / cellular connection, long battery life, and activity tracking.

Just like Fitbit or Apple Watch, smart collars (or pet wearables) use sensors and motion tracking to gather data about your dog’s habits. The app displays graphs and charts of dog data about their activity and sleep.

But humans and dogs have been best friends for tens of thousands of years. Do we really need an app that tells us about our dogs? Why do we need a device that tells us what a responsible dog owner should already know? Apparently there is more to be learned about our furry friends.

For one thing, dogs can’t verbally tell us what they need.

“I can’t just look [my dog] and say, ‘Hey, did you sleep well last night?’ But I can actually drag my app and see. ”This is a strong argument from Jonathan Bensamoun, founder and CEO of the smart collar company Fi.

Surprisingly, Bensamoun isn’t someone obsessed with trackers. “I’ve tried all the trackers and every time after a day I think, ‘Okay, cool, what am I interested in?’ If I slept badly, I knew that beforehand [my Apple Watch] told me. “But for Thor, his German Shepherd, it’s different.” When it comes to my dog, absolutely. It’s super comforting.

Bensamoun says while the activity features are fun and useful, location tracking is the absolute primary function of Fi.

Victor Esteves and his Golden Retriever / German Shepherd mix, Harvey, were in a wooded park in Boston when Harvey broke into the woods and didn’t respond to Esteves’ calls. After 15 minutes of frantic searching, Esteves found Harvey looking for moles. “Of course he was happy,” said Esteves, but that was when he decided to buy a Fi collar. “I feel great peace of mind knowing he has it.” 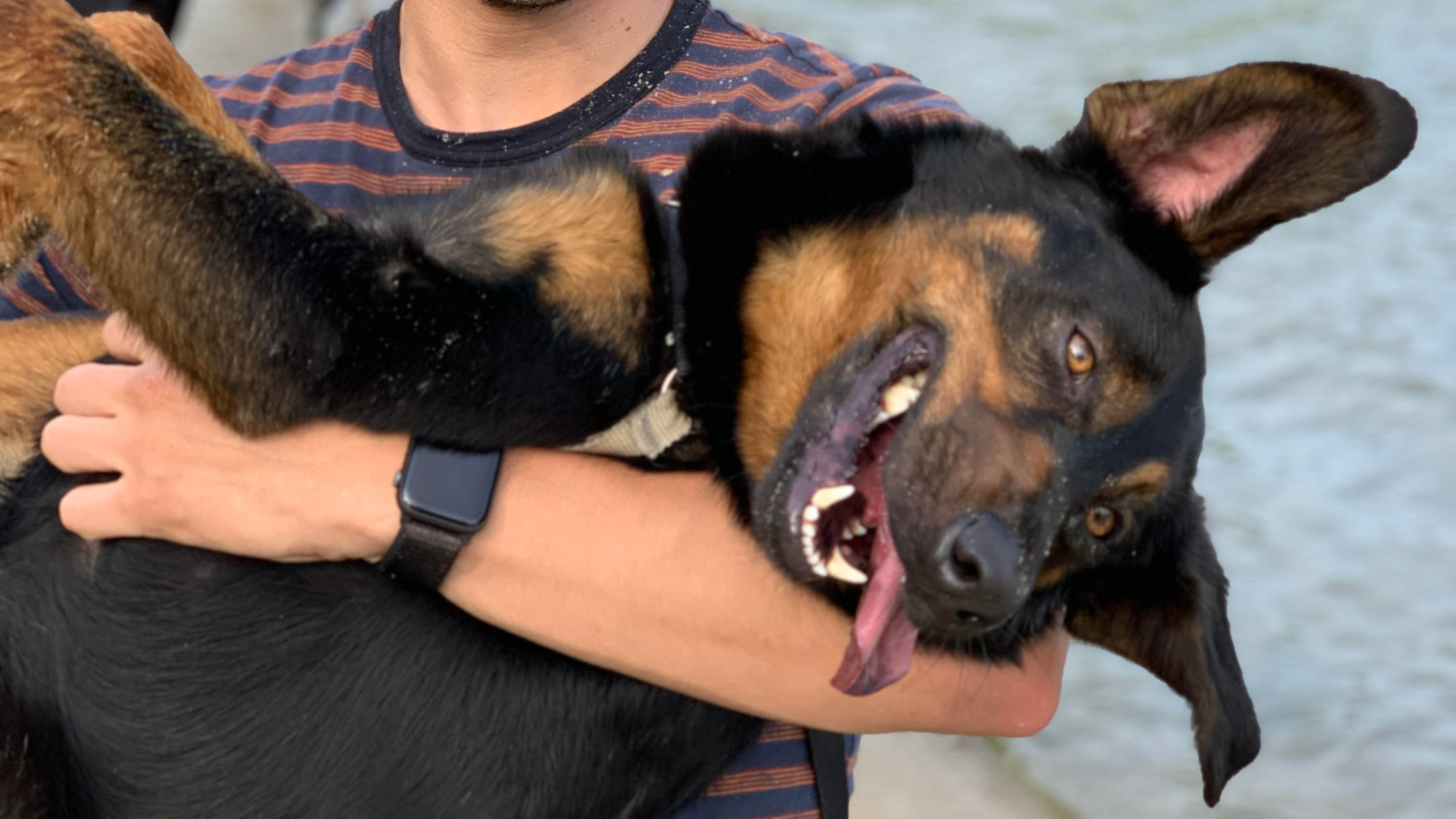 Losing your dog is any owner’s worst nightmare. So the ability to track your dog’s whereabouts is an undeniable value proposition. But it’s activity tracking that raises questions about the role technology plays in our lives.

Bensamoun says the company wanted to avoid users becoming obsessed with collecting steps. “When we develop these functions, we make sure that we are not setting the wrong incentives. You don’t just want to create a leaderboard and say, ‘Okay, take your dog 100,000 steps a day for a walk.’ ”The user interface shows how many steps dogs are taking in a bell curve distribution. This allows users to get a sense of what a normal amount of exercise is and what is not.

“If anything,” said Bensamoun, “the incentive we’re trying to create there is persistence.” All of the activity tracking – the steps, the streaks, the goals, the bar graphs – is about setting your own goal for your dog to achieve, not to a universal standard. This effectively eliminates any direct competition.

Of course, with all of this dog activity data, there has to be friendly rivalry among dog owners. “I live for the notifications that say, ‘Riley is on top” [ranking] of the Australian Shepherds in the area, ‘”said Jo Tic, who has a Fi-collar for Riley, her nearly two-year-old Border Collie / Australian Shepherd mix.

Does she ever feel like the competition is getting too much? “Actually, it never stresses me,” said Tic. “It just makes me very excited to see the potential because I think I feel inspired by what other dog owners and other dogs do.” Tic, who lives in Austin, TX, volunteers as the fundraising director for a care group in Texas. “If anything, I like to celebrate other dogs’ successes.”

For David Buccola, a carpenter from Manhattan, NY, the sight of a dog on the leaderboard that is only inches ahead motivates him to walk his dogs. Buccola, who owns two Chihuahuas named Taco Bell and Lexi Bell, likes to prove that people are wrong about the breed. When Lexi scores high in the ranking, “I had so much fun. It goes against the cliché that it should only be carried around in a small purse or something, but she loves being out there. “ 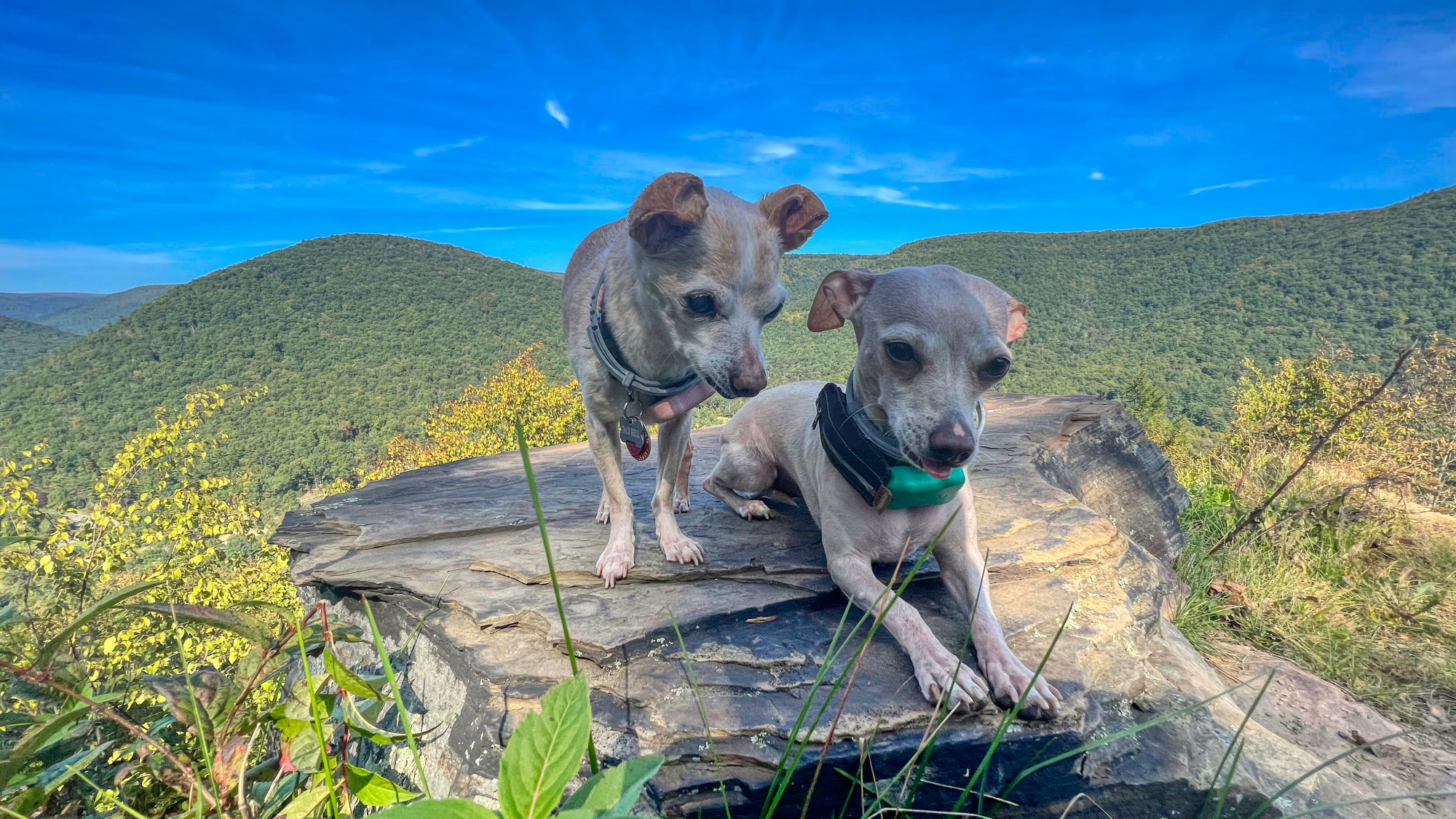 Buccola and his wife, who have FitBark GPS units for Lexi and Taco, often go on bike tours in northern Manhattan. They have baskets on their wheels when the dogs get tired, but they regularly marvel at their little dogs’ stamina. “You can tell from these devices that our dogs can do a lot more than we think they can.”

Like Buccola, the ability to track activity made Jo Tic more in tune with Riley. It’s the consistency of tracking that allows her (and her vet) to search for trends or find answers. Tic remembered that Riley hadn’t eaten the day before that interview. So she checked out the Fi app. “I saw that we actually got so much exercise on our hike that she probably just puked up.”

Tic also says if she goes to the vet she can just pull up the data and let them know exactly what is going on. This is exactly why Dr. Ernie Ward, veterinarian and founder of the Association for Pet Obesity and Prevention (APOP), a fan.

“Most of the time when I’m in the exam room and ask the client, ‘How often or how much do you walk your dog a day?’ I mean, most Americans will say I don’t know, 30 to 40 minutes a day. If we actually compare that to the data reported on a device, this objective device, it’s about 12 minutes. ”A 2011 study review found that people who were asked to report their activity level did so tend to overestimate an average of 84 percent. It stands to reason that we would do something similar with our dogs.

Dr. Ward says weight loss in dogs is “60 to 70 percent dietary”, but activity trackers can help by providing accurate data on how much or how little exercise your dog is getting.

“I think people have the misconception that their dog stays in the garden all day running around in circles and the reality is that your dog is likely to be in a completely inactive place for around 16 hours a day.”

The best fitness trackers to keep up with your goals

This benchmarking can be particularly helpful for dogs that are being led towards a specific goal. When Sassafras Lowrey’s dog, a Newfoundland dog named Sirius, was undergoing double knee surgery, she used FitBark to track her rehab progress. Lowrey, a dog trainer and author, also worked with a veterinary physical therapist for Sirius, but the metrics FitBark gathered helped Lowrey see Sirius’ improvement over time and increase morale. 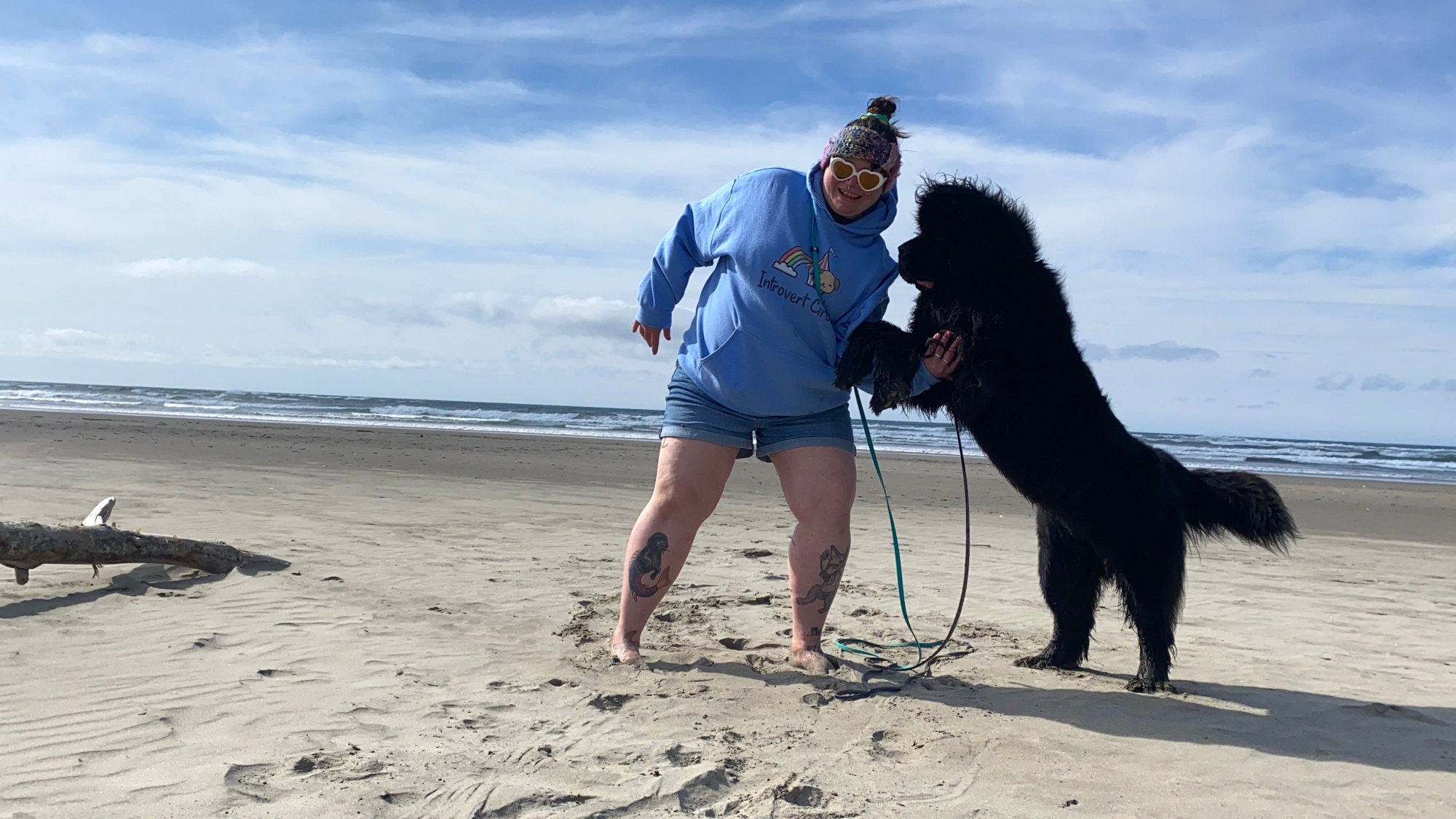 Smart collars may seem like a more intrusive technology, bombarding the data-weary public with even more data. But if they tell us where to find our dogs, stay honest about exercise, and give us other health insights about our best friends, they might be worth it.