The Medicine of Mammals and Avian Species (MMAS) Symposium will reflect the passion of the Purdue veterinary students in the College of Veterinary Medicine’s Exotic Animal Club, when the two day conference is held later this month. The event is designed for veterinary students and veterinary professionals, as well as faculty, staff and students in other fields at Purdue University and in the community.

Members of the Exotic Animal Club have organized the symposium, scheduled for Saturday and Sunday, October 22-23, at Lynn Hall. The program includes a Keynote Lecture on the topic, Conservation and Reintroduction of Bearded and Egyptian Vultures, that will be given by Anton Vaidl and Dr. Helena Vaidlová, a husband and wife team from the Czech Republic well known for their reputation and experience in the field of avian and exotic medicine.

Vaidl has been a bird lover all his life. He was the incubator attendant and assistant to the bird curator at the Prague Zoo from 1995 to 2006. The year following, he served as curator-consultant at the Morocco Birds International, Inc. bird park in the Philippines. Several months later, he returned to the Czech Republic where he has worked as the curator of birds at the Prague Zoo since 2008. Over the past 20 years, he has had the opportunity to work with more than 600 different bird species including about 80 parrot species. During his time working as curator, the Zoo began to breed Palm cockatoos, Pesquet’s parrots, Hyacinth macaws, Kea parrots, Blue-naped parrots, Golden-shouldered parakeets, Yellow and black-bellied Jamaican amazons, Red-tailed amazons and other parrot species. hey and dr Vaidlova together wrote a comprehensive book on the issue of parrot breeding and veterinary care. Vaidl also has published articles on the breeding of various species of birds and has presented his lectures in more than 20 countries around the world. 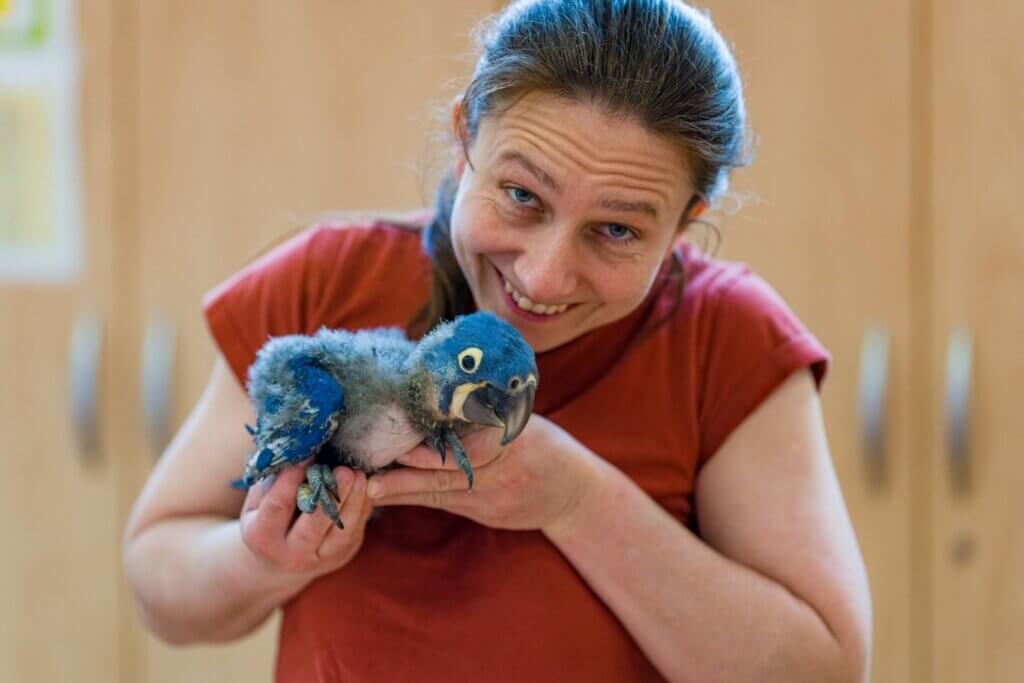 dr Helena Vaidlová, a graduate of the University of Veterinary and Pharmaceutical Sciences in Brno, Czech Republic.

dr Helena Vaidlová graduated in 2004 from the University of Veterinary and Pharmaceutical Sciences in Brno, Czech Republic. During her studies and following graduation, she obtained an internship and worked in Southeast Asia with elephants and parrots. In 2008 she and her husband opened a veterinary clinic focused on birds. She now works for the Prague Zoo and is a Parrot TAG veterinary advisor for the European Association of Zoos and Aquaria.

Vaidl and Dr. Vaidlová are among a total of 14 speakers who will participate in the symposium, including avian and exotic animal specialists from the College of Veterinary Medicine and private specialty practices, who will present lectures and lead hands-on labs. Concurrent lecture tracks covering avian and exotic companion animal medicine will include lectures on a variety of topics including basic medicine, handling, nutrition, intubation, and anesthesia. For those who are interested but unable to attend in person, an online option will be available for the keynote and other lectures.