Down To Earth spoke to MNB Nair from the Center for Ethno-Veterinary Science and Practice, The University of Trans-Disciplinary Health Sciences and Technology, Bengaluru about the science of EVM

AMR is the resistance developed in bacteria, viruses, fungi and parasites against the antimicrobial drug such that they can no longer be inactivated or killed by the drug.

This occurs naturally over time but can be accelerated by the misuse and overuse of antimicrobials in human health, animal health and food production. The environment also plays a crucial role in spreading AMR through waste.

Animal farming systems use nearly 75 per cent of total antibiotics globally. India is the fourth largest user of antibiotics in animals. The poultry and cattle industry is the largest consumer of the same.

Ethnoveterinary medicine (EVM) involves the use of traditional / herbal preparations in treating diseases of cattle. It is becoming popular as an alternative to antibiotic use in livestock.

Down To Earth spoke to MNB Nair from the Center for Ethno-Veterinary Science and Practice, The University of Trans-Disciplinary Health Sciences and Technology, Bengaluru about the science of EVM and how it is being taught to farmers. Edited excerpts:

Down To Earth: What is the science behind the use of ethnoveterinary medicines? How does it act at the site of infection? 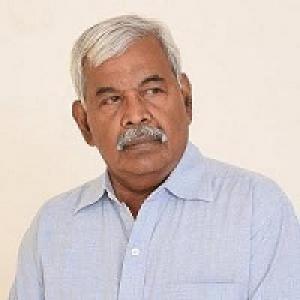 MNB Nair: These practices were used effectively by the community for a long time.

We have assessed the safety and efficacy of all the documented ethnoveterinary practices (EVP) using Ayurveda pharmacology.

The EVP formulation for mastitis has antimicrobial activity and the milk becomes normal within six days. This preparation possesses anti-inflammatory and anti-microbial properties.

A study indicates that after six days of treatment with herbal formulations, the mastitis-causing microbes become minimum, indicating that the mastitis has been cured.

A sequential administration of raddish, aloe, moringa and cissus sand curry leaf for a period of 20 days is an effective therapy for inducing cyclicity and improving conception rate among cows that do not conceive.

There is a successful evaluation of an EVM formulation used against endometritis. There is a very effective formulation to treat warts in cattle.

Feedback from various milk societies on the efficacy of EVPs for 30 clinical conditions in cattle from 2017-18 to 2021-22 (a field observational study, not a double blind controlled clinical one) consisting of 750,000 cattle indicates 80 per cent efficacy.

An intervention impact study indicated 87.8 per cent reduction of antibiotic residue in the milk (intervention area) and reduced the incidence of mastitis, enteritis, udder pox, etc.

DTE: What drove you to introduce this treatment method?

MNB Nair: We found that the use of antibiotics fails in many cases and farmers are helpless. The cost of conventional treatment was not affordable to poor farmers. EVP can be used as a preventive and curative. It can be used as a first response to any conditions by the farmers themselves 24X7.

DTE: How did you take the EVM method from the laboratory to large-scale practice?

MNB Nair: We promoted EVP as an Ayurveda method for treating diseases common. We partnered with Tamil Nadu Veterinary and Animal Sciences University (TANUVAS) to implement this programme.

We have trained 150 veterinarians from Kerala (through the Kerala State Veterinary Council), Karnataka (KMF, BAMUL) and Tamil Nadu (AVIN) to field test these formulations and the efficacy was 75-97 per cent. An intervention impact study indicates a 49 per cent reduction of antibiotic residues in milk even during the outbreak of Foot-and-Mouth Disease (FMD) in 2014.

We also initiated a PG Diploma course jointly with TANUVAS for field veterinarians and conducted international exchange programs to the Netherlands, Uganda and Ethiopia. Veterinarians from these countries came to India to understand how we practice EVP. This improved the confidence of veterinarians and farmers in India.

We conducted an international conference which was publicized through print media and caught the attention of the national Dairy Development Board (NDDB). The Board invited us to give a presentation at its headquarters.

NDDB integrated EVP with their mastitis control popularization program as they found it to be efficacious. We trained 227 veterinarians from various milk unions like Mehsana, AMUL, BAMUL, KMF and MILMA, and veterinarians from Sikkim, LUVAS.

NDDB has promoted EVP by developing videos and booklets in 13 local languages.

DTE: Can you give a few instances where EVM has performed better than allopathic treatment?

NDDB tested EVP formulations for mastitis on 29 chronic cases. The mastitis, which could not be cured by conventional veterinary medicine, healed in 27 of these animals.

DTE: What are the roadblocks or challenges you see with scaling up EVM?

MNB Nair: The EVP formulations need to be validated using trans-disciplinary methodology. Many European countries do not understand the theory and practice of EVP (Pashu Ayurveda). There is very little financial support for validating EVP formulations.

There is no policy to allow people (veterinarians and other stakeholders) who have undergone training to practice EVP along with conventional medicine. There is also no support for investing in research and development that will help convert EVP formulations to products for wider use.

DTE: What are your future plans?

MNB Nair: Mainstreaming EVP through educational programmes; undertaking research to understand EVP formulations with western science parameters wherever possible; the inclusion of EVP in One Health programmes; spreading awareness among stakeholders on the benefit of using EPP; integrating EVP with conventional practices and the development of good EVM-based products.

We are a voice to you; you have been a support to us. Together we build journalism that is independent, credible and fearless. You can further help us by making a donation. This will mean a lot for our ability to bring you news, perspectives and analysis from the ground so that we can make change together.