Down To Earth speaks to Anil Kr Bayati, managing director of Sabar Dairy in Sabarkantha, Gujarat, about the use of EVM at the dairy

The poultry and cattle industry is the largest consumer of antibiotics in India. Photo: iStock

AMR is the resistance developed in bacteria, viruses, fungi and parasites against the antimicrobial drug such that they can no longer be inactivated or killed by the drug.

This occurs naturally over time but can be accelerated by the misuse and overuse of antimicrobials in human health, animal health and food production. The environment also plays a crucial role in spreading AMR through waste.

Animal farming systems use nearly 75 per cent of total antibiotics globally. India is the fourth largest user of antibiotics in animals. The poultry and cattle industry is the largest consumer of the same.

Ethnoveterinary medicine (EVM) involves the use of traditional / herbal preparations in treating diseases of cattle. It is becoming popular as an alternative to antibiotic use in livestock. Down To Earth spoke to Anil Kr Bayati, managing director of Sabar Dairy in Sabarkantha, Gujarat, about the use of EVM at the dairy. Edited excerpts:

Down To Earth: How have you executed the use of EVM in Sabar Dairy from idea to practice? 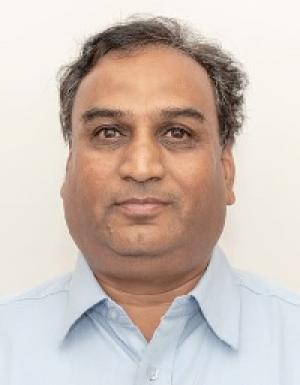 Anil Kr Bayati: Our organization works for the well-being of farmers; our belief is prevention is better than cure. We have implemented a mastitis control project with the technical guidelines of the National Dairy Development Board (NDDB) since 2014.

This project gave us an excellent concept of EVM, with guidelines from the Trans Discipline University and NDDB. In the initial stage, we started our work with mastitis and were convinced of the efficacy of EVM.

Initially, we worked with a small mixture machine at a farmer’s homestead. In 2016, we realized the importance of EVM in restricting the use of antibiotics, and initially, we distributed around Rs 22 lakh as an incentive to the artificial insemination technician.

About 500,000 cases of different diseases have been effectively managed using Ethnoveterinary Preparations (EVP), without any antibiotic. All these cases are documented.

However, for EVM to sustain in the long run, it is essential to have an uninterrupted supply of EVPs. The Sabar Milk Union fills this gap by providing EVPs on a no-profit and loss basis. The union prepares formulations for some daily ailments for supply during veterinary and village-level visits.

DTE: What were the benefits and challenges in introducing this approach at the ground level?

AKB: the Presence of antibiotic residues in milk and milk products may be an issue due to indiscriminate use and non-adherence to the withdrawal period. Antibiotic residues interfere with the manufacture of several dairy products by delaying starter culture activity for cheese, curd, and other fermented products.

EVM is cost effective, simple and efficient. It can be prepared by the farmer himself from ingredients mostly available in his/her household.

With AMR emerging as a threat in animals and humans, EVM is the easiest way to rationalize the use of drugs and antibiotics.

But there are challenges too. There is a lack of confidence in EVM. Other issues include the use of calcium hydroxide (tobacco) and the quality of calcium oxide; improper paste preparations and less support from field veterinarians at an initial stage.

The result is dependent upon the correct procedure of preparation and application. For instance, the EVP for mastitis must be thin. It must be applied firmly on the udder. But, farmers are not willing for frequent application of EVPs.

DTE: How has EVM been received among farmers?

AKB: The EVP concept can be showcased to the entire country as a sustainable model that could benefit millions of poor and marginal farmers and significantly reduce antibiotic residues in milk, thereby helping stall the emergence of AMR.

There has been a significant reduction of veterinary calls after establishing the EVM facility in 2018-19 at the Sabar Dairy, indicating the increased usage of EVM preparations by farmers.

DTE: Was it difficult or easy to change farmer attitudes in favor of EVM? What is the status today?

AKB: It wasn’t easy to change farmers’ preferences from modern medicine to EVM. But it became possible in our organization with sincere efforts.

A drastic reduction of Rs 135 lakh per year in antibiotics purchased by the Sabar Milk Union compared to 2017-18 indicates that EVM preparations swiftly replaced antibiotics.

DTE: Should EVM be introduced in intensive / mechanized dairy farms?

AKB: Yes, antibiotic residues in milk and milk products may be an issue due to indiscriminate use and non-adherence to the milk withdrawal period by the farmer. Antibiotic residues also interfere with the manufacture of several dairy products by delaying starter culture activity for buttermilk, shrikhand, curd, and other fermented products.

EVM is a simple, cost-effective, and farmer-friendly tool that has also helped us rationalize antibiotic use. In a mechanized farm, it should be easy to implement with a motto of quality milk and a drastic reduction in treatment costs.

We are a voice to you; you have been a support to us. Together we build journalism that is independent, credible and fearless. You can further help us by making a donation. This will mean a lot for our ability to bring you news, perspectives and analysis from the ground so that we can make change together.