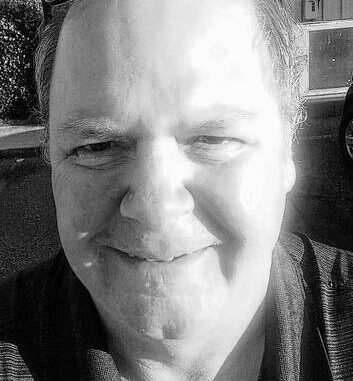 One thing I’ve learned as I got older is that you’re never too old to study. And I also realized that I am still using a proven method of learning that has prevailed my entire life – the hard way.

I should have known a year or so ago that if I fed a homeless tabby cat that appeared in my yard, the news would eventually spread and others would follow suit. Cats, you see, are not dissimilar to humans in that when you feed and care for them, not only do they not go away but they reproduce. In addition, like many people, they do not necessarily become grateful, but rather spoiled, dependent, and expectant. Sometimes you end up with blood on your hands.

I counted seven cats in my yard on Monday of this week, maybe an eighth, and Boots, Robeson County’s most famous cat, wasn’t among them. Boots stood by the back door with a disgusted look into his kingdom at three adult cats and the litter of four or five that had gathered on the edge of the jungle waiting to be fed.

It looks like both Juice, the orange tabby, and Oreo, the tuxedo cat who is a tyrant, had their way with mom, currently called No Name, who is obviously simple. I thought so because all of the kittens in the litter are jet black, except for one that is orange. Yes, a female cat can have a litter from several fathers. I learned this in a simple way by googling.

So I have a cat problem that only gets bigger if it’s not controlled. The feline solution that has been suggested to me more than once is to shoot her or starve her, but I am a board member of the Robeson County Humane Society and I am sure, even without a cursory review of our guidelines, that would be a violation.

Instead, I’ll take responsibility and try to fix the problem by fixing the cats. It’s going to be a lengthy process and could wipe out my retirement portfolio, but feeding all of those cats and those that have yet to be produced would certainly be a lot more expensive. So it’s an investment.

First, however, the hard part is capturing the cats so they can be taken to a veterinarian where they will get all the proper syringes and become less productive. I hope for a group discount.

As I write this, there are two traps in my back yard that are baited with wet cat food and set to trigger. Oreo has managed to steal the wet food twice already without triggering the trap, and my only prisoner was No Name, who cannot be taken to the vet yet because she is still breastfeeding her litter.

There was no progress on Day 4 of Operation Cat Fix, but that could change any second as a trapped cat expresses displeasure. Hopefully his.

When all repairs are done, the plan is to release the adult cats and find good homes for the kittens. If anyone needs a cat my email is below.

I never wanted to be the old guy with a cat, but Boots changed that. I draw the line, being the old man with a bunch of cats.

Now I have to check the traps.

Donnie Douglas is the former editor-in-chief of the Robesonian. Contact him at [email protected]