A veterinarian in China is the first person in the country to contract and die from the extremely rare Monkey B virus, Chinese officials reportedly said last weekend.

The 53-year-old veterinarian suffered from severe nausea and fever two months after dissecting two monkeys at a breeding research institute in Beijing and died on May 27, according to the Washington Post.

Monkey B virus, also known as herpes B virus, usually comes through contact with a macaque monkey and can cause serious brain damage or death, according to the U.S. Centers for Disease Control and Prevention.

The virus attacks the central nervous system and, if left untreated, has a death rate of around 80%, the Post reported, citing infectious disease expert Kentaro Iwata from Kobe University in Japan.

According to the CDC, there is only one documented case of the virus spreading from person to person.

A US citizen who had visited Nigeria was diagnosed with monkey pox after returning to Texas last week, according to the CDC.

Monkey pox discovered while hospitalized in the US, VISITED NIGERIA, CDC AND TEXAS CONFIRM

Monkeypox is a completely different virus – it causes flu-like symptoms and a rash, and has been linked to smallpox – but both viruses can be infected through contact with animals. 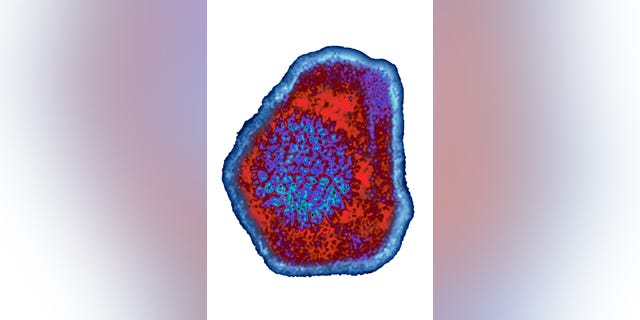 After the Chinese veterinarian’s blood and saliva samples tested positive for the monkey B virus, two of his colleagues tested negative, according to Post.

The virus was first discovered in 1932 and since there were fewer than 100 diagnosed human cases, the newspaper reported.

American primate researcher Elizabeth R. Griffin died in 1997 at the age of 22, six weeks after a macaque threw infected fluid into her eye. Griffin’s infection was preventable and her diagnosis and treatment were delayed, according to her biography on the Elizabeth R. Griffin Research Foundation website.

Her family later founded the organization in her honor, which focuses on prevention through biosafety training.

Chinese health officials said there was a need to “step up surveillance of laboratory macaques and professional workers,” the Post reported.