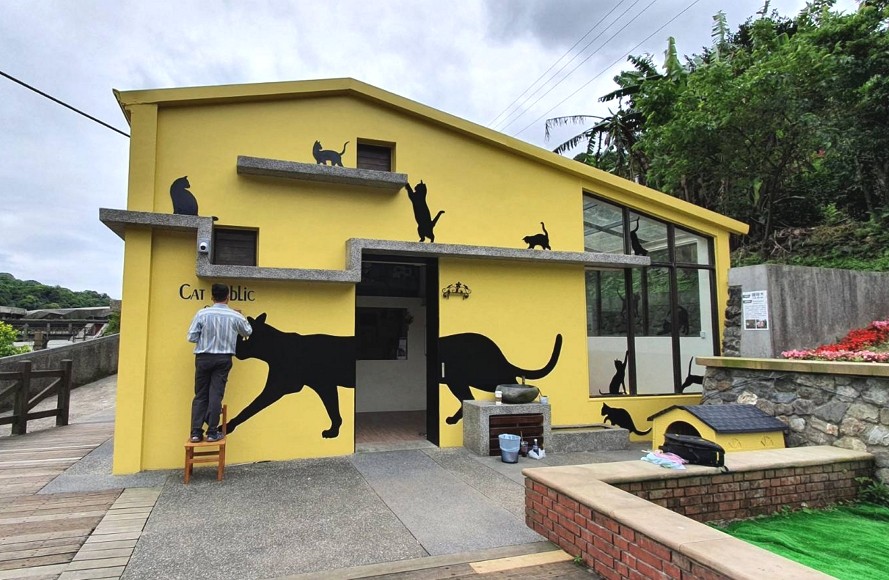 Among other things, the facility aims to improve the well-being of the roaming cats in the village by using tracking, health and microchip implants, among other things. It will also serve as a coordination center for volunteer patrols to monitor the furry residents, according to the Animal Welfare and Health Inspection Bureau.

Decorated with a kitty theme, the building used to be an information center where visitors were educated about the stray cats and given advice on how to better interact with the animals. The transformation signals a fulcrum for a more cat-centered approach in the city government’s efforts to promote animal welfare.

The Cat Public Office will have an area dedicated to growing catnip, a plant that helps cats relieve stress. While the government is working to make Houtong village a cat paradise, it is advocating the public not to leave cats in the shelter.

The growing cat population has transformed Houtong from a derelict coal mining site into a tourist magnet in northern Taiwan. The village recorded around 300 cats in a 2019 survey. Many of them were thrown overboard by their owners, causing great concern and leading to an intensified campaign to raise awareness of the importance of cat grooming.