Animal shelter workers in Ohio hosted a birthday party for a 19-year-old cat in their care, and it helped him get the ultimate birthday present: a new home.

When the staff at Cincinnati Animal CARE discovered that Sammy, a cute senior cat, was turning 19 at the shelter, they decided to make the occasion as special as possible.

“Happy birthday to this handsome guy who would want a nice, quiet home to pass his golden years!” read a Facebook post from the shelter on Tuesday showing Sammy at a party with his human friends at the shelter, a heaping portion of cat food and a special hat and bow. “But the only rule for Sammy to be adopted? You have to throw him a 20th birthday party on June 15th, 22nd! “

The adorable advertisement seems to have worked. The next day, the shelter announced on Facebook that Sammy had been adopted.

While not all cats appreciated a birthday party like this, Sammy enjoyed the limelight, Cincinnati Animal CARE spokesman Ray Anderson told HuffPost in an email.

“Sammy is just amazingly cute,” said Anderson. “Likes to cuddle, like to be held, likes to lean his head on you and has definitely attracted all the attention today. He is a very pleasant tomcat, as you can certainly see from his spectacular hat that he is allowed to wear today. He is very attentive and likes to just sit and watch what is going on. “

He added that Sammy also enjoys napping on people’s laps and is a “cute, carefree guy” overall.


A shelter worker with Sammy dressed to impress.

Sammy ended up at the shelter under particularly sad circumstances, Anderson said. The cat was “in a loving home for many, many years”, but its owner had to go into assisted living and could not bring her beloved pet with him.

“That’s how we knew it was his birthday today, they told us when he was given to us,” said Anderson.

Despite his advanced age, Sammy’s health is “in pretty good shape”. 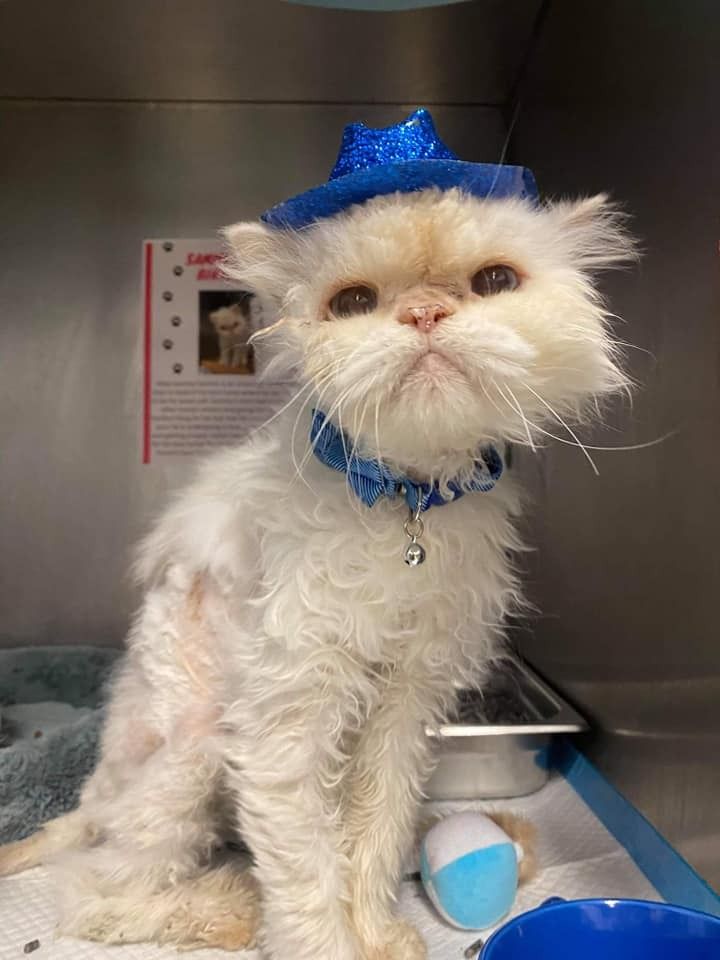 
Sammy ended up at the shelter when his owner had to move into assisted living and was not allowed to bring her beloved pet.

“He has a heart murmur and a small swelling under his ear, but our medical team doesn’t think they need any special treatment,” he said, adding that every pet should be examined by a veterinarian soon after adoption.

With Sammy already found a new home, Anderson urged the many people who were interested in him or moved by his story to consider adopting or fostering a pet in their own communities.

“We recommend anyone who has a heart warming Sammy’s birthday party to adopt from the local animal shelter – they all need you now,” he said.