Every dog ​​benefits from a daily walk. It’s a perfect opportunity to explore, meet friends, and stay fit and healthy.

As in humans, regular exercise can prevent obesity and reduce stress and tension in animals. But the exact amount of exercise needed will depend on the breed, age, health, and personality of a dog.

According to the American Kennel Club (AKC), a useful rule of thumb is that dogs need between 30 minutes and two hours of exercise per day.

Smaller dogs like bichons and Maltese can be content with a shorter walk. But larger, more exuberant dogs take a long time to straighten their legs.

And the owners also need a lot of perseverance.

Staffies need over an hour of exercise to release the energy built up over the course of the day. Otherwise, they might show signs of arousal, such as barking, digging, and escaping. 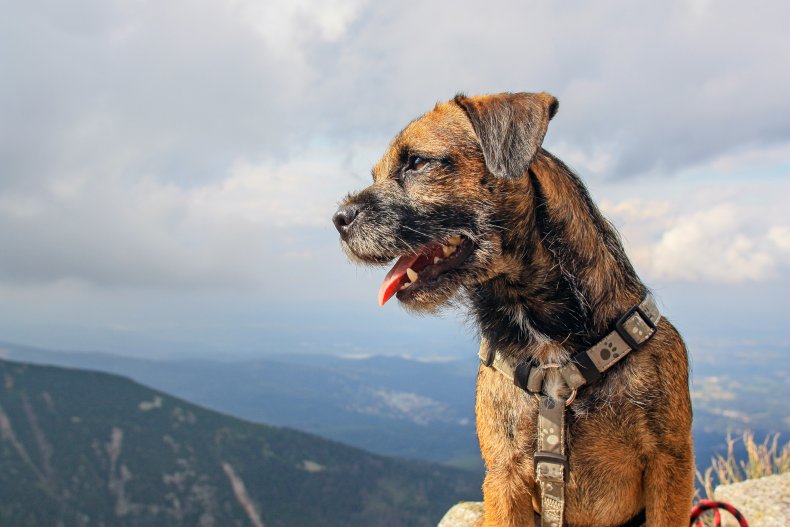 Border Terriers were first bred to aid in hunting by driving foxes from their hiding place for dogs to hunt them down. So it’s no wonder that this breed needs over an hour of exercise every day. 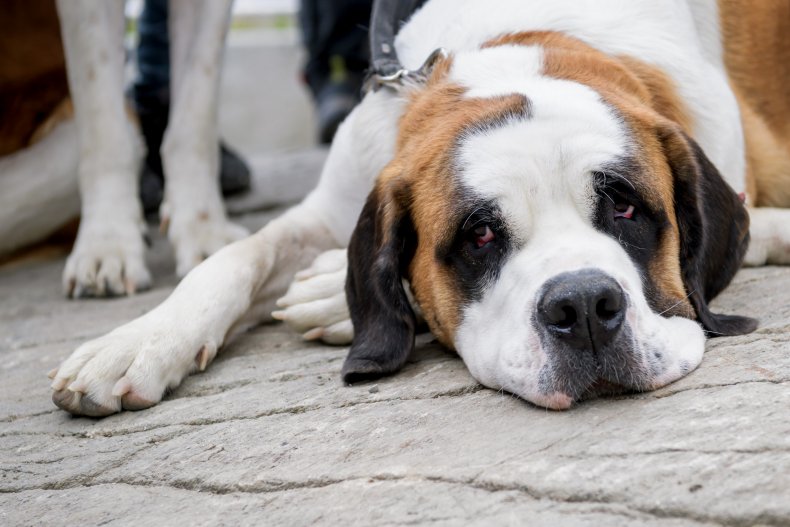 St. Bernard dogs may need a lot of exercise, but they don’t do well as jogging buddies or in hot weather. 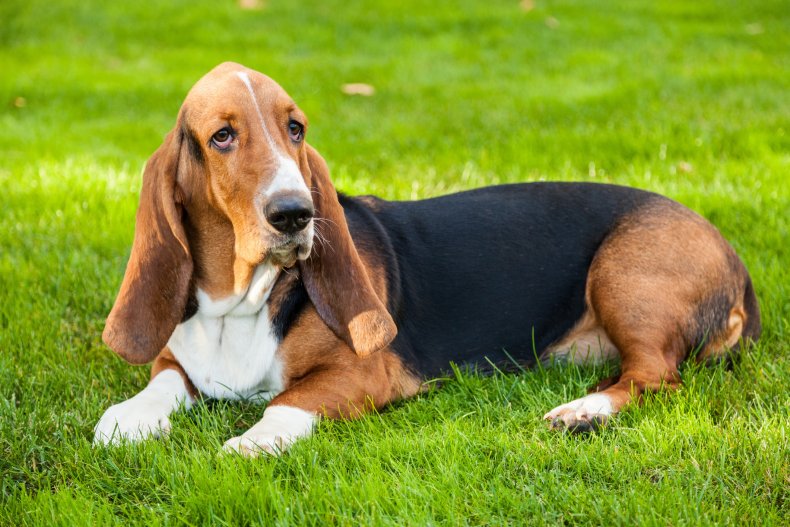 Although Basset Hounds were bred for endurance, the breed can be lazy if left indoors. To prevent weight gain, Basset Hounds need about an hour or more per day. 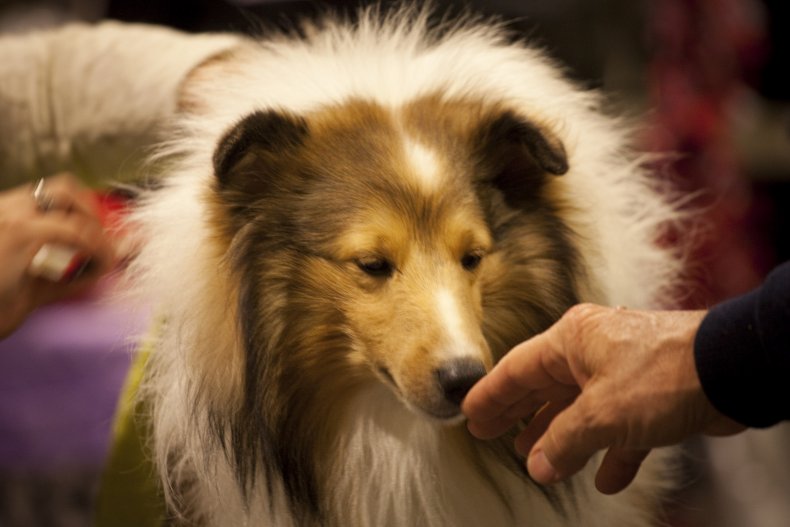 The active and intelligent Shelties were originally bred for sheep breeding. Hence, they need plenty of exercise and mental stimulation. At least one hour per day should be aimed for as a guideline. 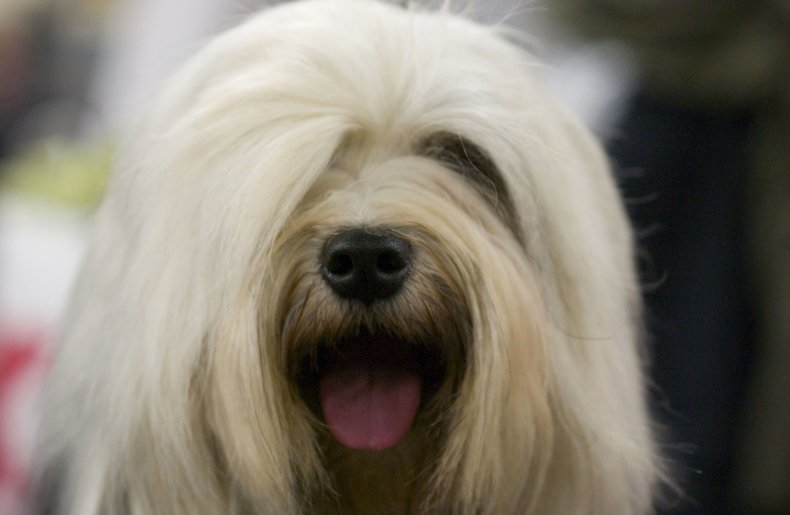 A Tibetan Terrier needs at least an hour of exercise a day.
Ramin Talaie / Getty

These shaggy dogs do well for apartment living but need regular exercise. At least one hour per day is recommended, ideally divided into several short bursts. 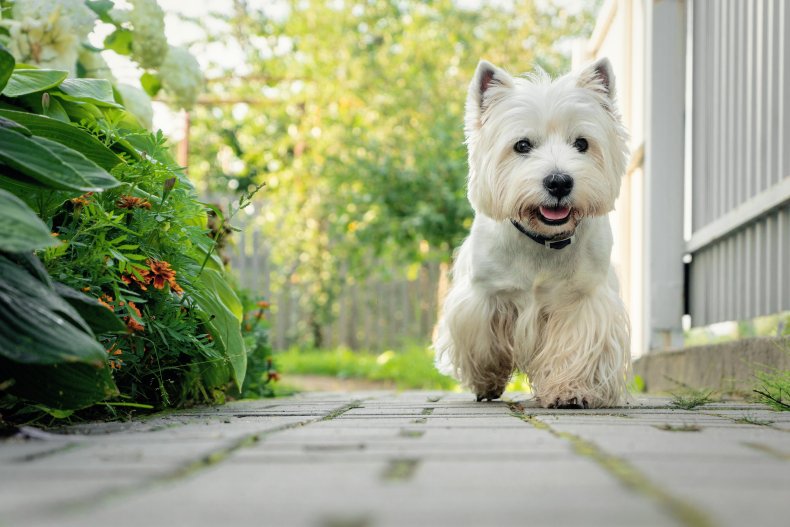 Westies may be small, but they’re relatively energetic. Up to an hour is enough for this breed, which can take the form of jogging, running, or playing outdoors. 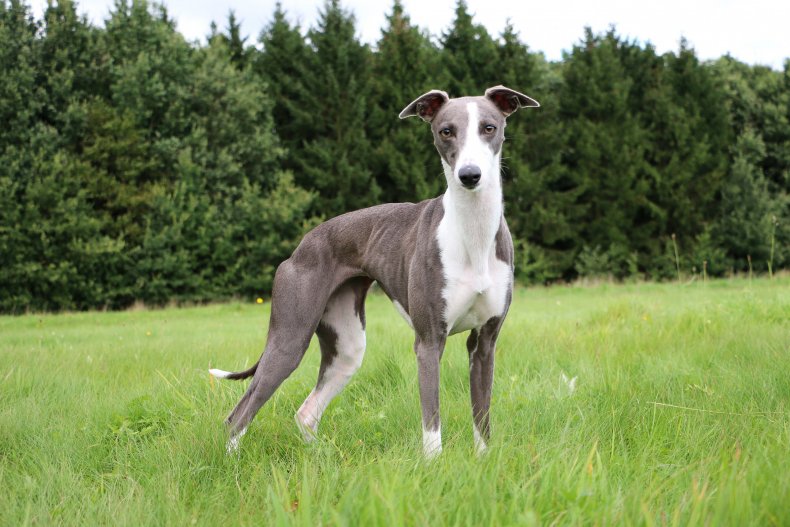 Whippets are often walked on a leash or in enclosed areas.
BiancaGrüneberg / Getty Images

“Whippet” is derived from an old English word and means “to move quickly”. True to their name, owners could choose to keep their whippet on a leash as they are prone to hunting. 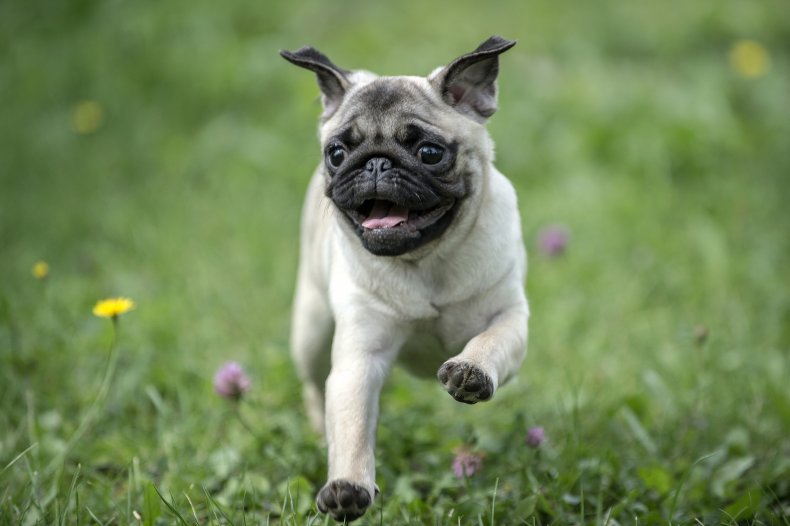 For dogs this small, pugs need more exercise than you might think. This breed takes around an hour a day, but strenuous activity should be avoided as it can lead to joint problems. 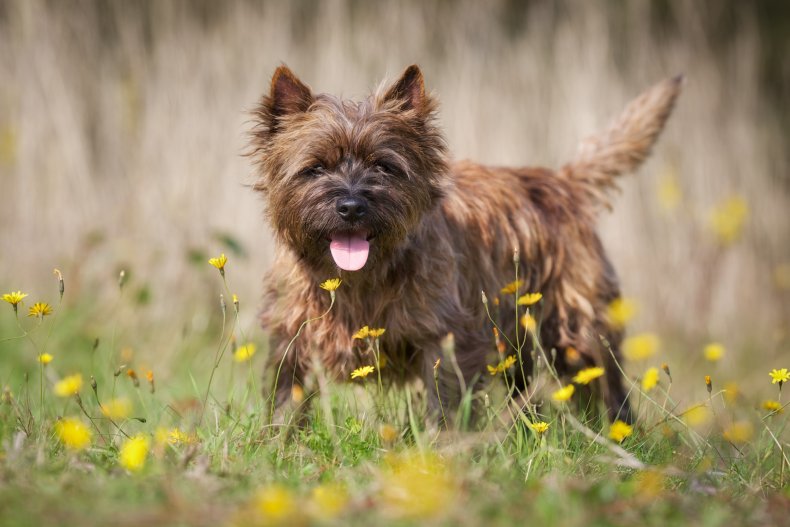 Cairn Terriers, a breed that originated in the Scottish Highlands, are sturdy, energetic dogs. Historically, their job was to hunt down vermin so that they could track down foxes, badgers and rats on a daily walk. 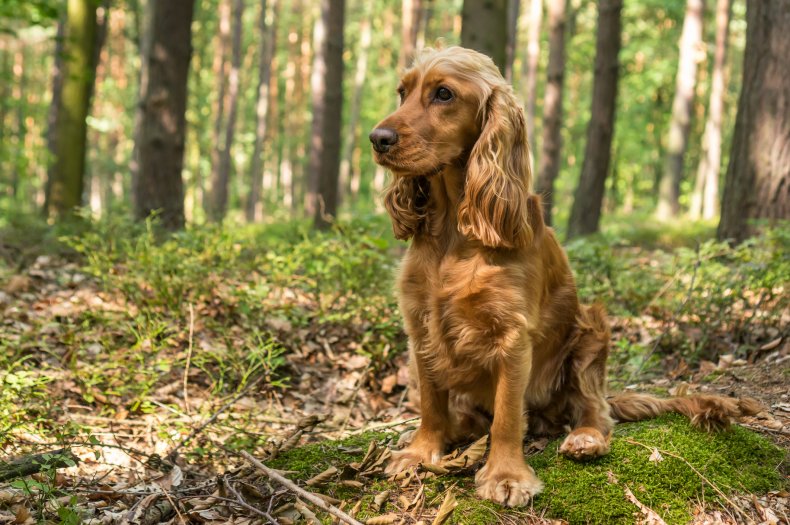 Cocker Spaniels are considered to be cannibals who want to make their owners happy.
andriano_cz / Getty Images

These cheeky, playful dogs need at least an hour a day to stretch their legs and explore. The right amount of exercise can vary by type, with work-line cockers potentially having higher energy levels than their show-line counterparts. 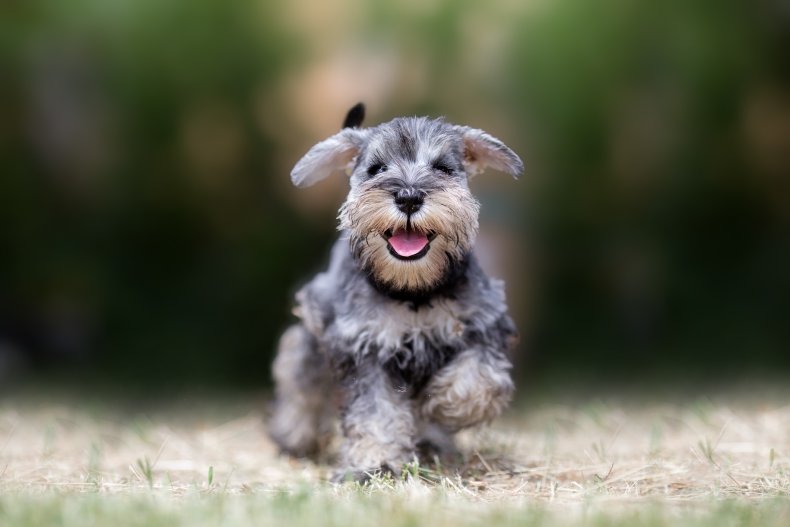 Originally bred as rat and guard dogs on farms, Schnauzers have retained their sprightly personality to this day. 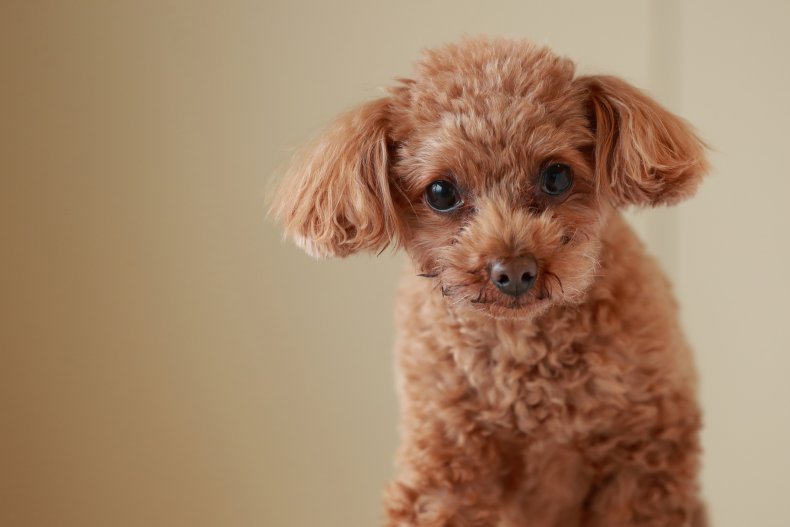 Miniature poodles are an excellent choice for those who want a smaller breed, 15 inches or smaller in size
a_kappi / Getty Images

By following a regular walking plan, Miniature Poodles will be fit and healthy as well as mentally stimulated. Targeted play prevents boredom in this intelligent breed. 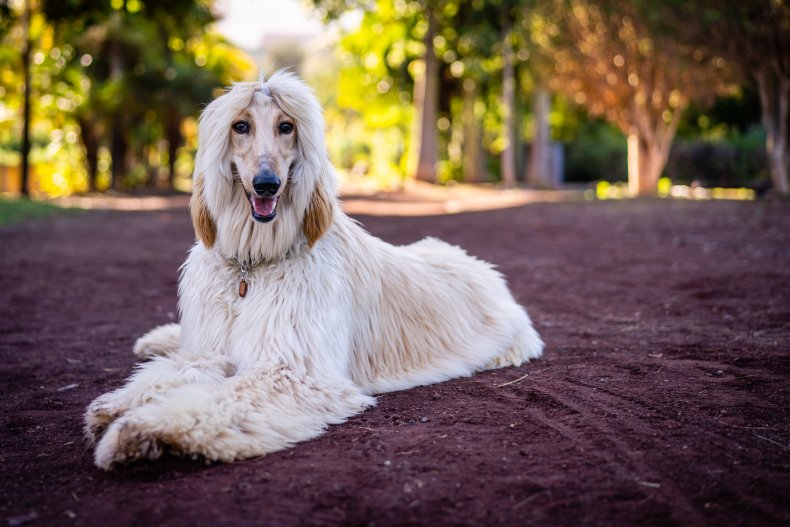 These stunning and loyal dogs love to run around, so off-leash walks are preferred. About two hours of exercise a day should keep an Afghan in good shape.

Here are 14 other dogs who are especially loyal to their owners. 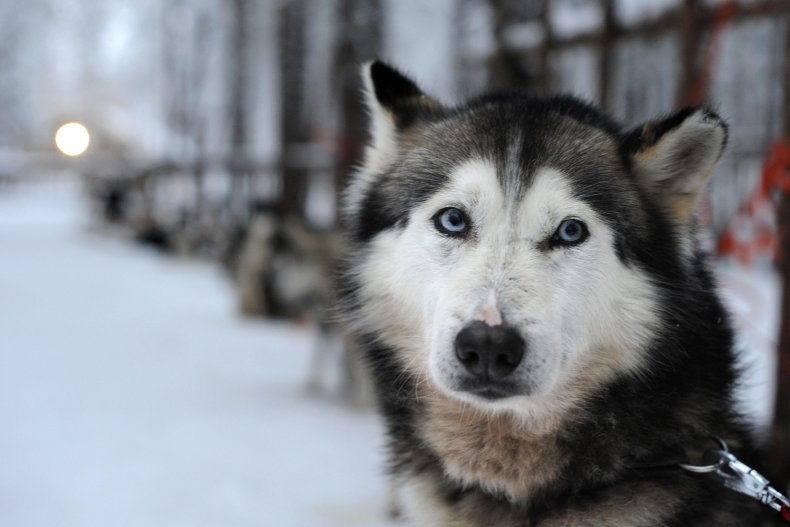 Siberian huskies require more than two hours of exercise a day to tire them out.
OLIVIER MORIN / AFP via Getty Images

Siberian Huskies are high energy dogs that require more than two hours of exercise a day to tire them out. To stimulate the Siberians spiritually, the hiking routes should be varied and, ideally, the owners should give them some time to play without a guide.

Huskies are bred to pull, but without a powerful sled, owners may want to train their dog out of this behavior. Belts are a ploy to reduce pulling. 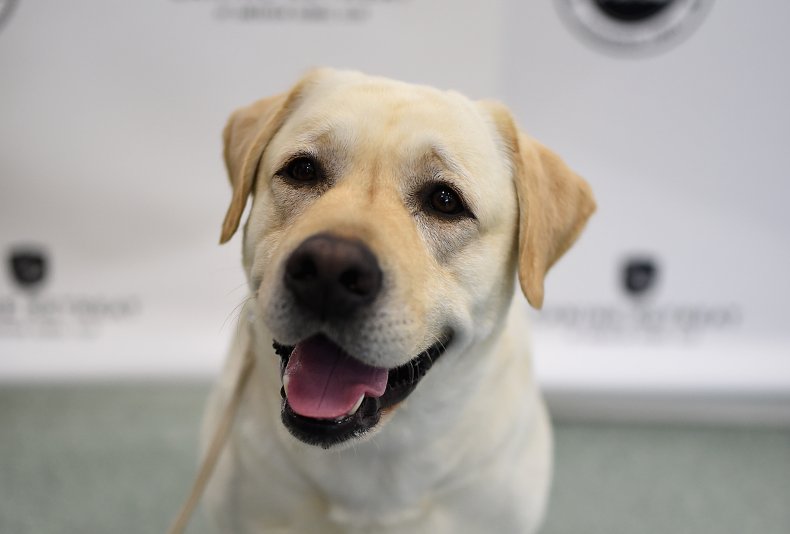 These favorite family dogs need about two hours of exercise every day. It’s in their genes as Labradors were originally bred to find game for hunters. This physically demanding job can include swimming, running, and hiking – activities that Labradors still enjoy today. 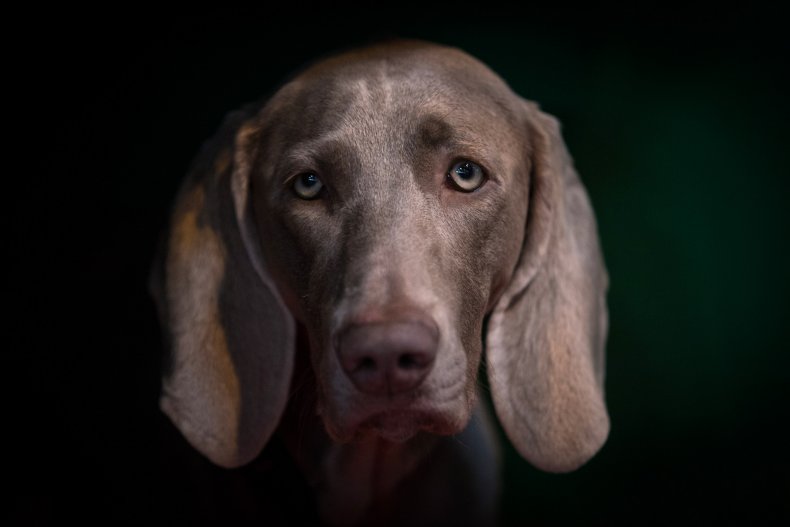 Two hours of running is the minimum these active dogs need per day. Originally bred to hunt big game such as boers, bears and deer, these hunting dogs were once called “gray ghosts” because of their silver fur and stealthy hunting style. Weimaraners are therefore natural talents when it comes to retrieving. 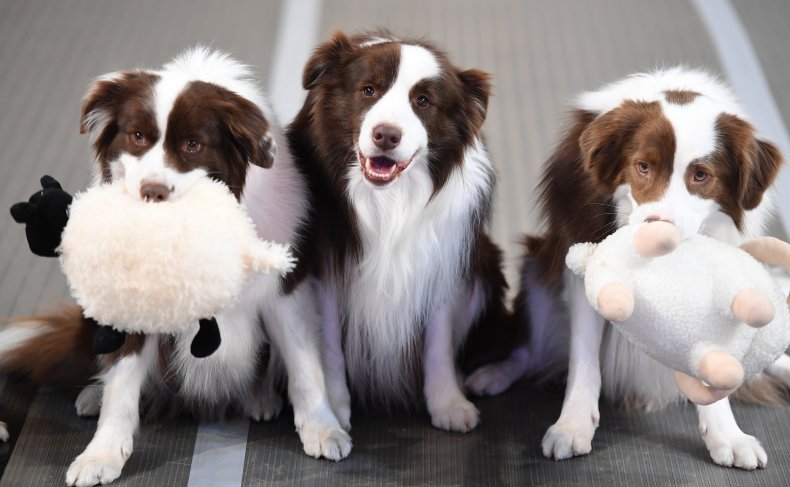 Because of their background as working dogs, Border Collies require a high level of physical activity. To release all of this pent-up energy that was once used in sheep farming, it takes at least 90 minutes of exercise per day.

Since most border collies these days are kept as pets rather than ranches, a long walk or two shorter walks a day should be enough. 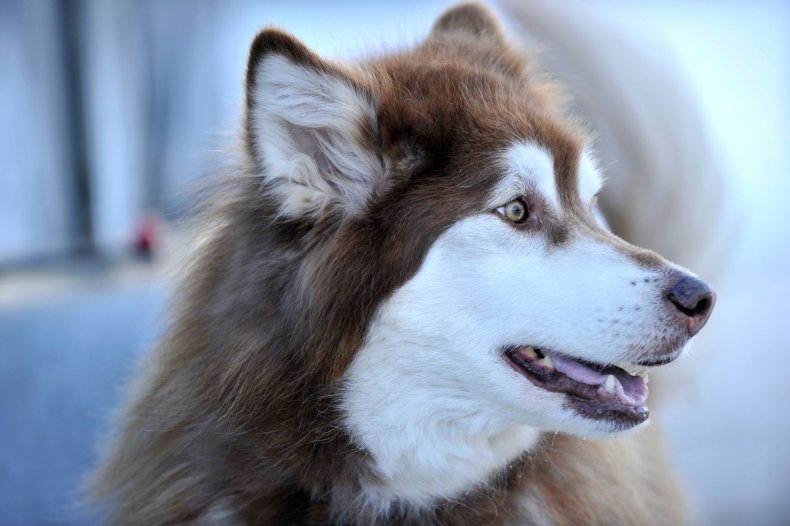 Finding an exercise program that will burn tons of energy for an Alaskan Malamute is important.
OSEPH PRECIOUS / Getty

As a breed whose ancestors crossed the land bridge from Siberia to Alaska thousands of years ago, Alaskan Malamutes are prepared for long journeys. Originally bred for endurance and strength in pulling arctic sleds, it makes sense that these dogs need plenty of exercise.

An adult male Alaskan Malamute can pull around 1,100 to 3,300 pounds, depending on body type and training. 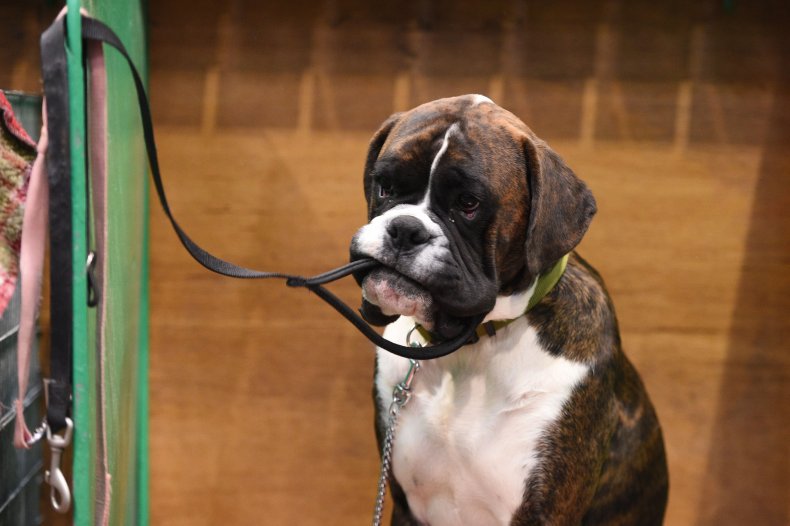 Small but mighty: Boxers need at least two hours of exercise a day to be entertained. Known for keeping their puppy personality longer than most dogs, home with a boxer can be a messy place.

As a former working dog, boxers benefit from interesting walks with lots to sniff and discover, as well as plenty of play time at home. 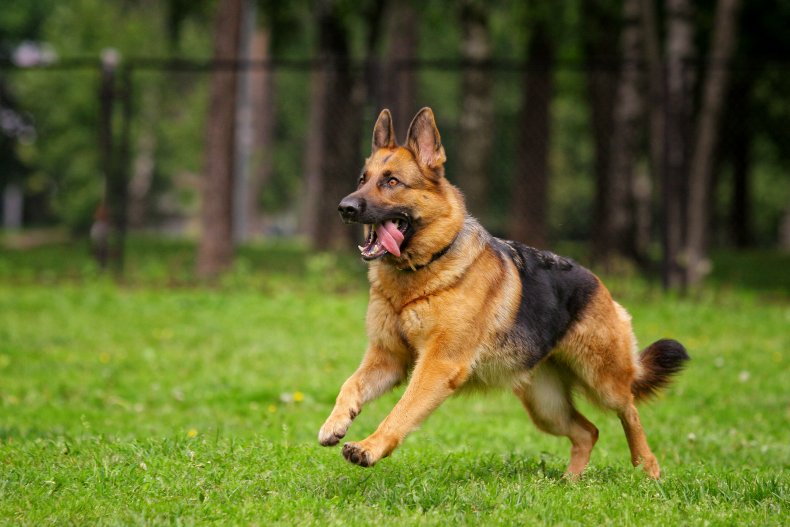 German Shepherds need at least two hours of exercise a day, although this will of course vary between puppies and older dogs.
Dixi_ / Getty Images

Not well suited for residential life if German Shepherds should be out and about and busy. You will need at least two hours of exercise a day, although this will of course vary in puppies and older dogs. 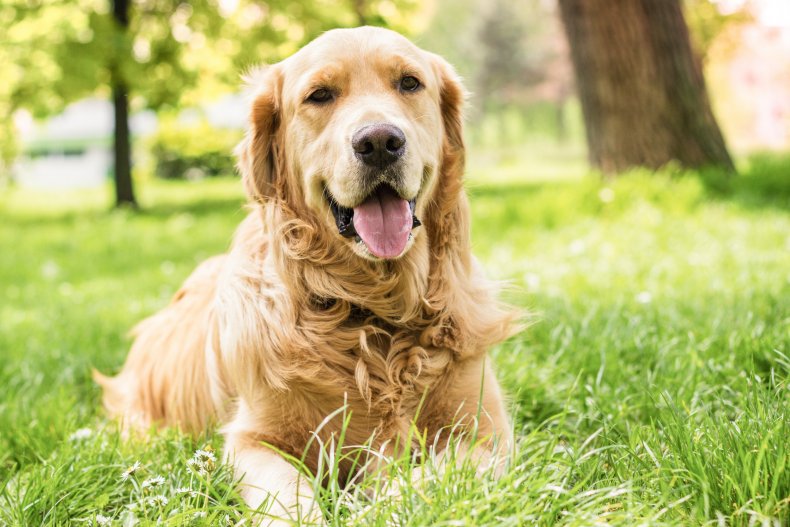 Bred to collect shot waterfowl like ducks and wild birds, these canines are often obedient with limitless energy.

As natural water lovers, retrievers benefit from walks with a refreshing river, pond, or beach somewhere along the way. 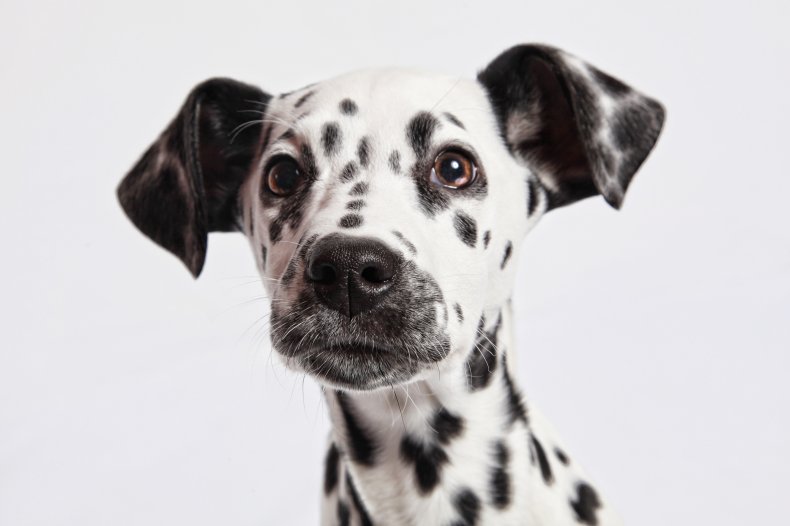 In addition to two hours of exercise per day, dog trainers recommend that this breed be divided into at least two walks.

Once known as “carriage dogs” because they ran next to carriages in centuries past, long stretches are still in the blood. 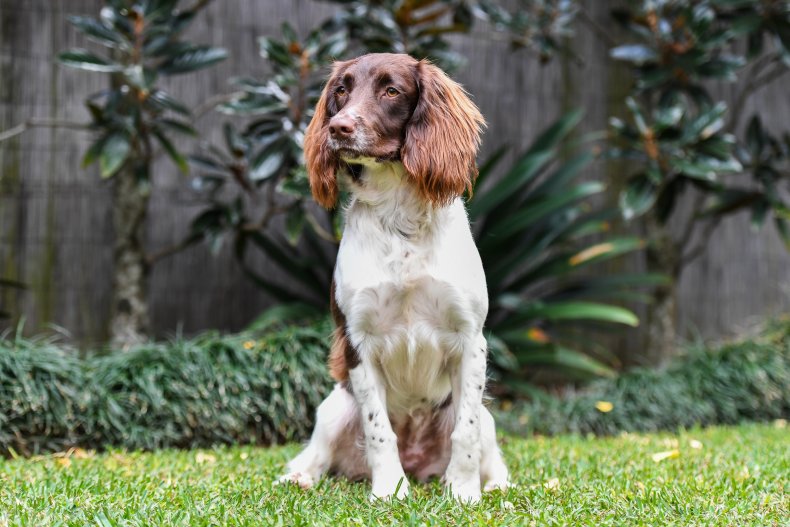 Springer Spaniels are true to their name and are full of life. When it comes to their vigorously wagging tails, these dogs need a lot of exercise. A minimum of two hours a day is recommended when they reach adulthood, which is around 18 months for most jumpers.

Famous for their agility, fun activities like weaving, tunneling, and jumping can be used to enliven a daily walk.